This ad for Ambrico insulators appeared in the Auckland Weekly News in 1941: 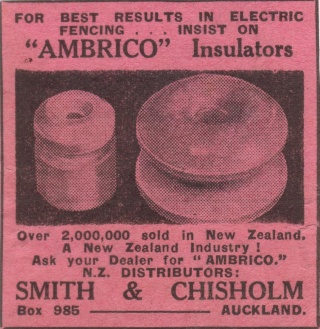 and shows these pieces: 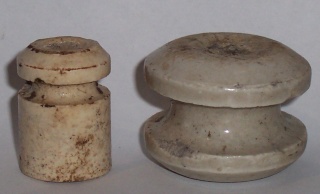 insulators in use, or retired

My Aunt Lorna and Uncle John visited the other day. Sitting at the dining table, John asked if my insulators were Crown Lynn. I hadn't really thought too much about it.
Lorna, btw, is my late mum's youngest sister (three girls). The girls grew up in Whenuapai and were no strangers to Clarkes Potteries in nearby Hobsonville. Many items on the farm came from Clarkes. I think Lorna said she and John still have a Clarkes trough in use as a planter.

Anyway, trawling through the history files I saw this ad for insulators. And, yes, SOME of my insulators are Ambrico. I have taken the small electric fence insulators down now and they have sat on a window cill for six months. Here they are:

Why, you may indeed ask, do I need insulators in my dining room?
Because when we built it I decided to keep the wiring for the lights versatile and built a power pole in the middle of the room. Here are some of the insulators currently in use. They are a bit fatter. I do not know their provenance. 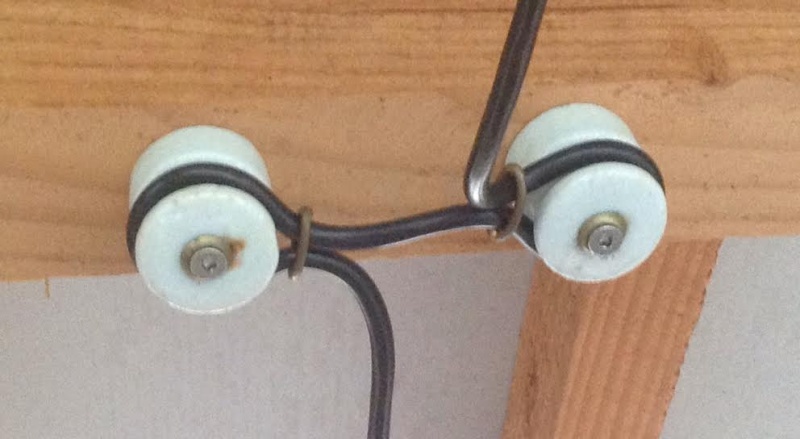 This particular cable carries power to the lights over the day bed.