Keith Blight is well known for his sculptural work.  He began potting in 1974 and I remember visiting his Gallery in Downtown Auckland many times in the early to mid 1990's as he had many well known potter's work there.
This ramekin must be an early piece and his mark is partly obscured, but I recognised it straight away.  There is another mark above Keith's that the Ferret thinks may be that of Adrianne Bolton, but I'm not sure about it at all.  Any help with that mark would be appreciated. 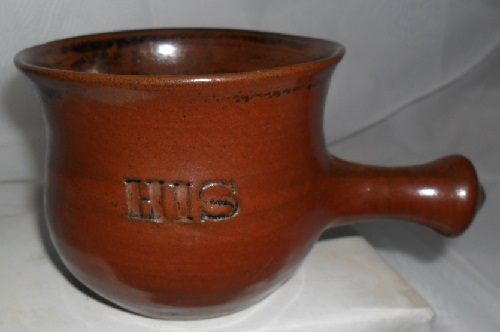 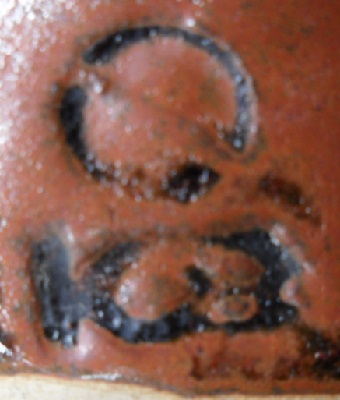 I started with a Wall piece around 17 years ago, it is a bit smaller than the one shown, currently stored away as we are moving. The other pieces I am collecting. Love his work, love the colours and strong lines and curves.s 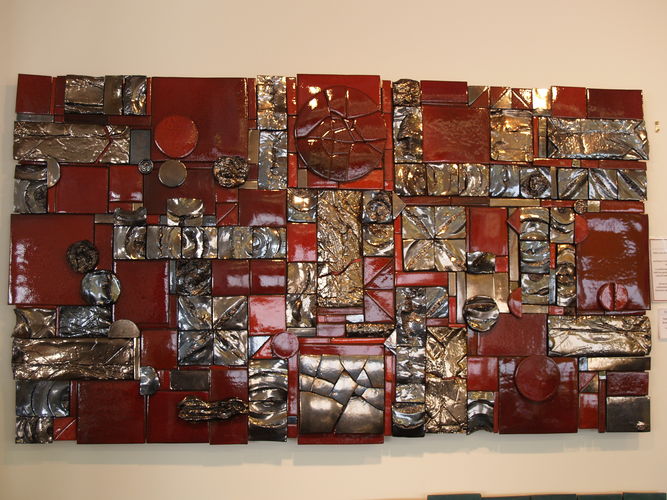 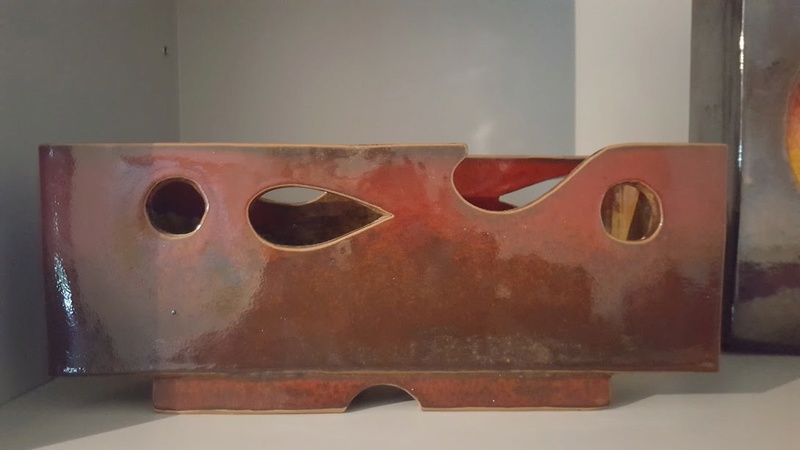 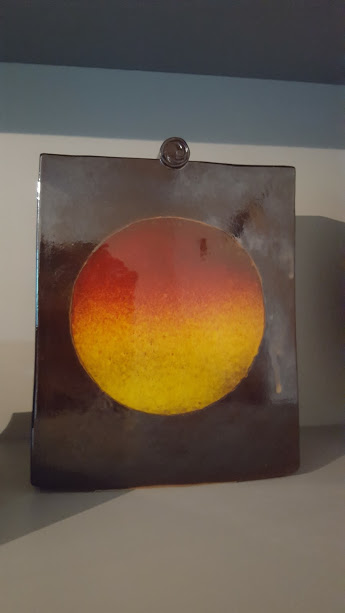 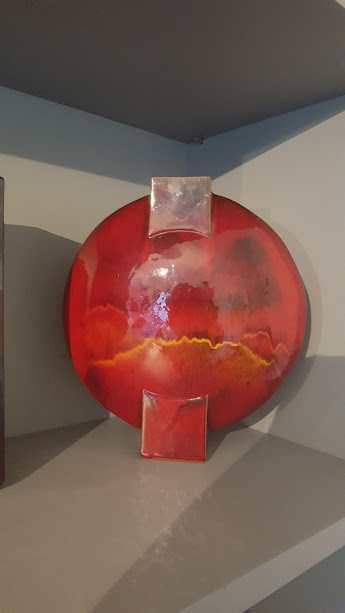 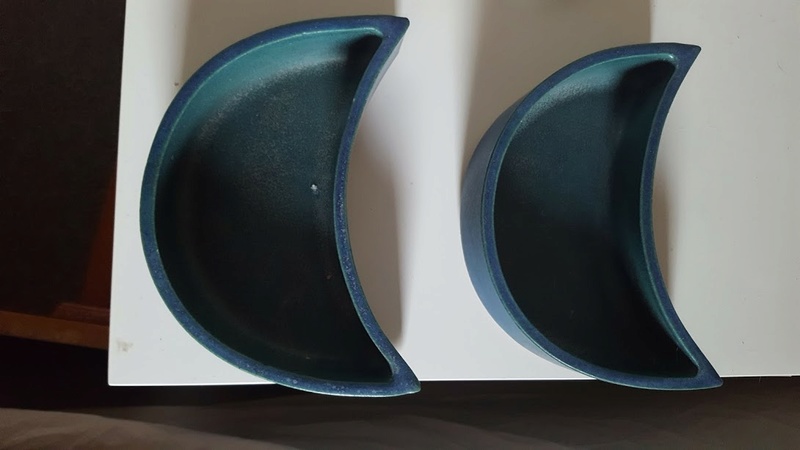