Globe
Get Your Own Visitor Globe!
Latest topics
» Just wondering if you guys could help me out with this mark

Managed to score this little dish that has Design Awards 1972 on the base.
No idea who did the design though .... does anyone have any ideas? 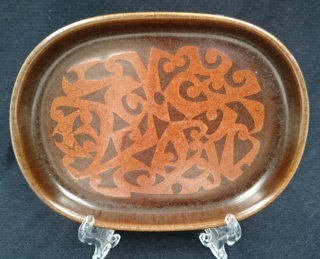 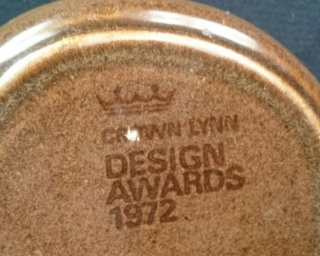 1974 Design Awards info from the Designscape magazine sent to me by Diann Cade:
It doesn't get any better than this !! 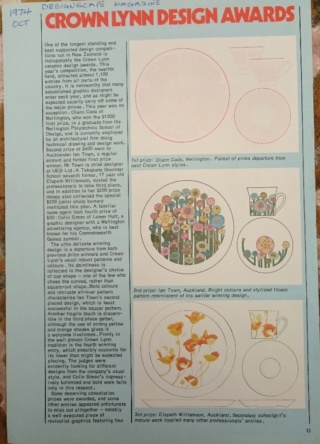 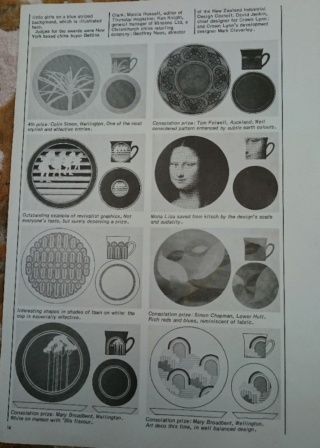 That is awesome...I wish I could read it.
Can you email me a photo?

The 3rd one down on the left.
Is that the spotty pattern we have in the "no namers" gallery?
Excuse the photo... I cant get access to it in the cabinet. 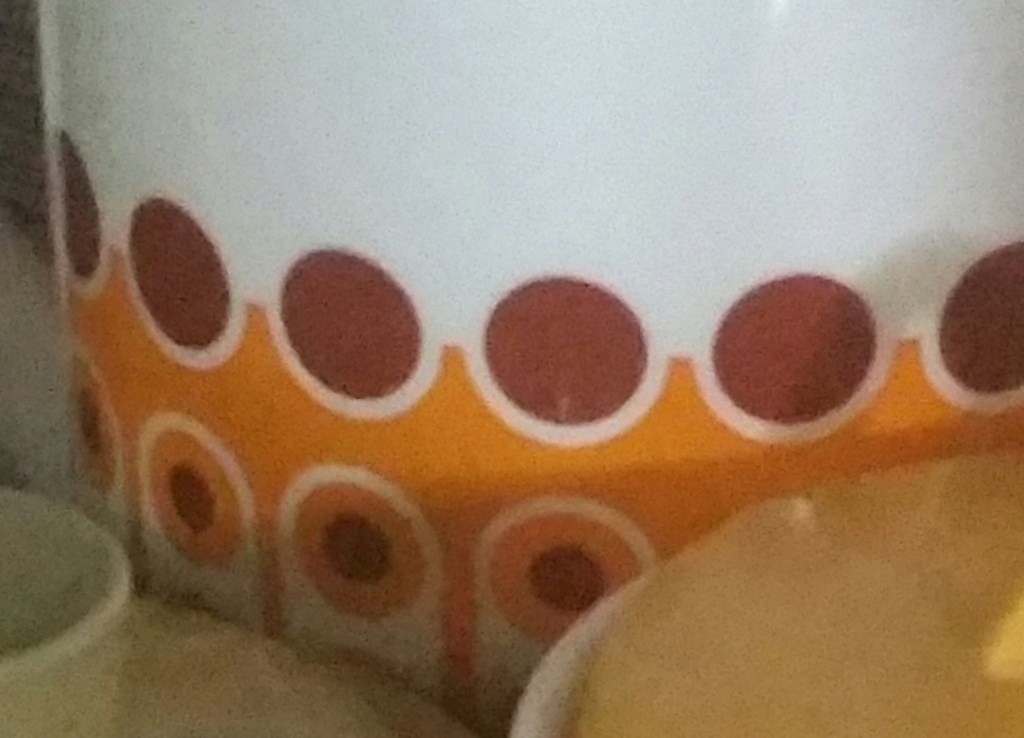 Brian Calcutt (1906-1989) apparently also worked as a commercial artist in the 1950s as well as actually designing for Crown Lynn in the late 1950s. This may have been in the capacity of graphic design more than as a ceramicist and the fact he won a prize in 1960 in those awards jointly with Lin Lipanovic, a well known Kiwi commercial artist, bears out that it was possibly more about pattern design  than form design. I know he was in the Canterbury area in the late 1950s exhibiting his work there. Other notable names at a glance in the design award winners are Robert Ellis, Graham Percy and Don Mills who designed many book covers for various publishers. Brian Calcutt stated his nationality as New Zealand, yet there is no birth record nor electoral records which leads me to believe that Brian was not his birth name or that he was never a NZer, or this record is simply a mistake. In 1960 he divorced his wife Helena there and the following year left New Zealand for Sydney with someone named Mrs. Bona Lorraine Calcutt  (Australia, 1925) who was 19 years his junior ,  likely a much younger second wife. Electoral records from Australia indicate that he seems to have lived in VIC for the majority of his life which accounts for the anomalies and missing information. In other words he was essentially an Australian who had a career in New Zealand for just a few years. Pictured is an advertisement for ‘Symphony of the Senses’ by Crown Lynn. It was published in an article on commercial art by Home and Building, January 1959 a magazine published by the NZ Institute. It is unclear whether Calcutt designed the range within the advert, the advert itself, or both. 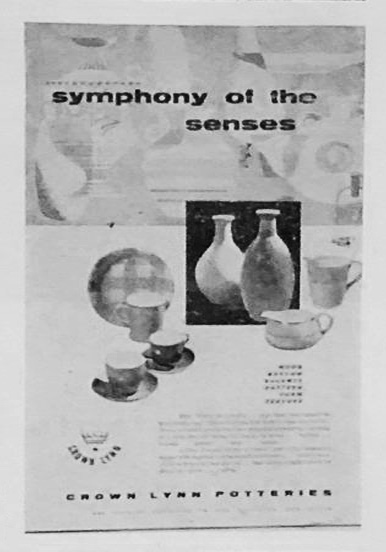 Ev wrote:The Ceramic Design Awards were sponsored by Crown Lynn and ran from 1959 until 1979.  The competition was introduced by Tom Clark to foster good pottery design and to increase public interest in the work of New Zealand artists.

How awesome to see this photo. Thank you darianzam.
I recognize the hand thrown bottles as those made by Daniel Steenstra.

There is a photo of his winning entry at the Auckland Museum and this is the blurb that goes with it.
"Mr Calcutt an artist from Remuera who is the art studio manager of an Auckland advertising agency. last year entered four designs and won one consolation prize. This time he entered 17 and was placed first, fourth equal and twice among consolation prize winners."
He won 400 pounds for first prize.

Upon further research I was able to find that he was born in Malvern, Melbourne Victoria, in 1905 to Francis McNamara Calcutt and Mary Isabel nee Birnie. He married Helena Larkan there in 1932 and they had at least 2 children a son Robin Alexander
1932, and a daughter Colleen Anne 1935. So he was definitely an Australian. He was in Melbourne until at least 1952 then was in Christchurch by 1955 and involved with the Canterbury Society of Arts. Interesting but no surprise at all he worked for an advertising agency, could have been one of several of the time. If I had to take a guess I'd peg Carlton Carruthers Du Chateau & King.