There is now 3 different shapes with the number 25 on the base in the Jovan Rancich-Wally Silva Gallery.
Numbers 25,20,16 in the galley are Jovan vases only, sold in the early 1940s. 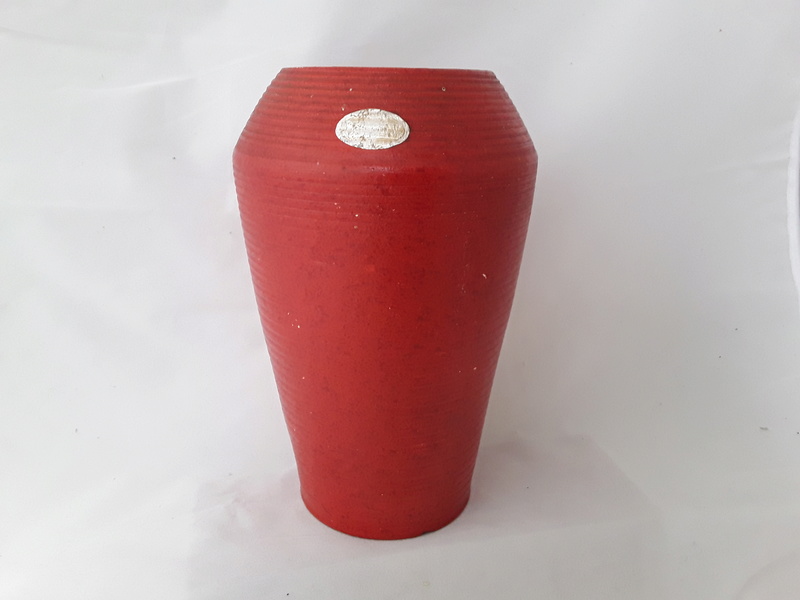 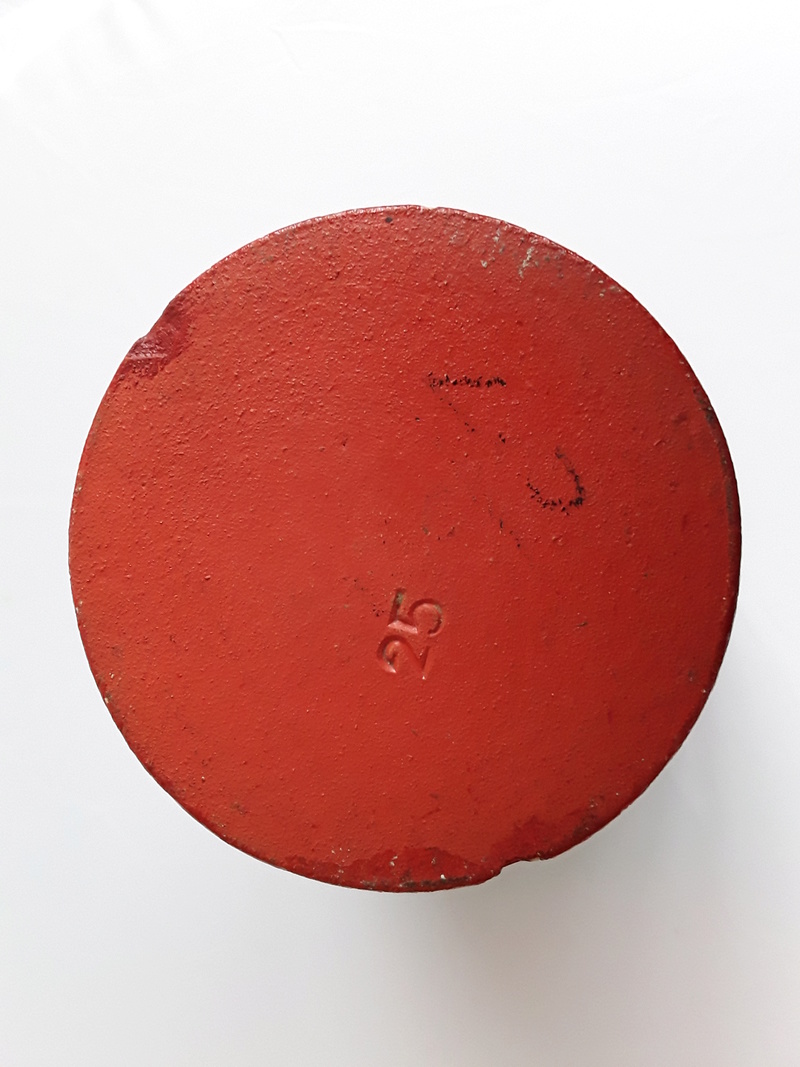 Thanks so much oakpot, we are floundering with these pots that have stamped numbers and are putting them all into the Ranich/Silva Gallery until we can find out more information. Having one with a Salisbury sticker is an added bonus

The interesting thing is seeing the different shapes with the same number.
Do you have any suggestions as to who made the other shapes?

My thoughts are that both potters were entrepreneurs, and maybe they did not keep a record of their shapes.There is bound to be a double up using numbers.After a day working on a potters wheel,stamping bases would be a tedious task.

Extract from Owen Salisburys notes,  "Mr Rancich worked so hard.He had a coal fired bottle kiln,he used to sleep alongside it on a camp stretcher to keep it fired through the night." 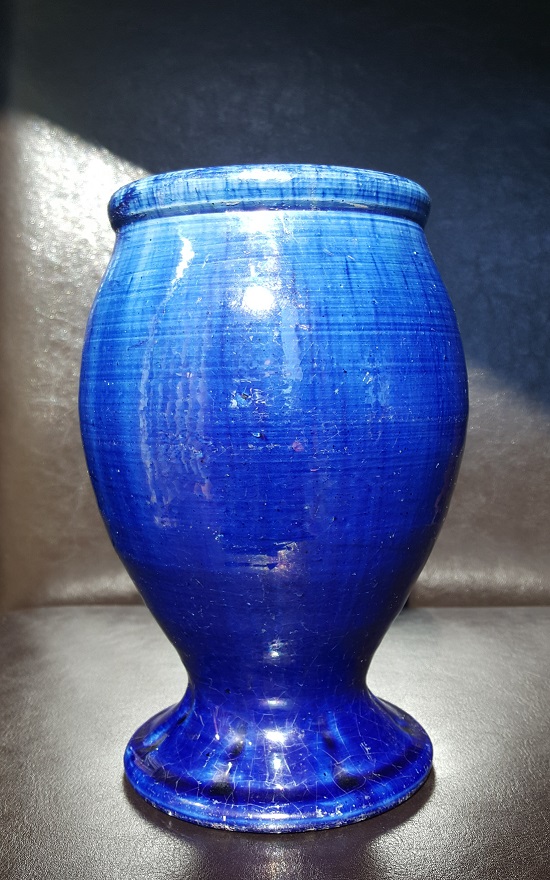 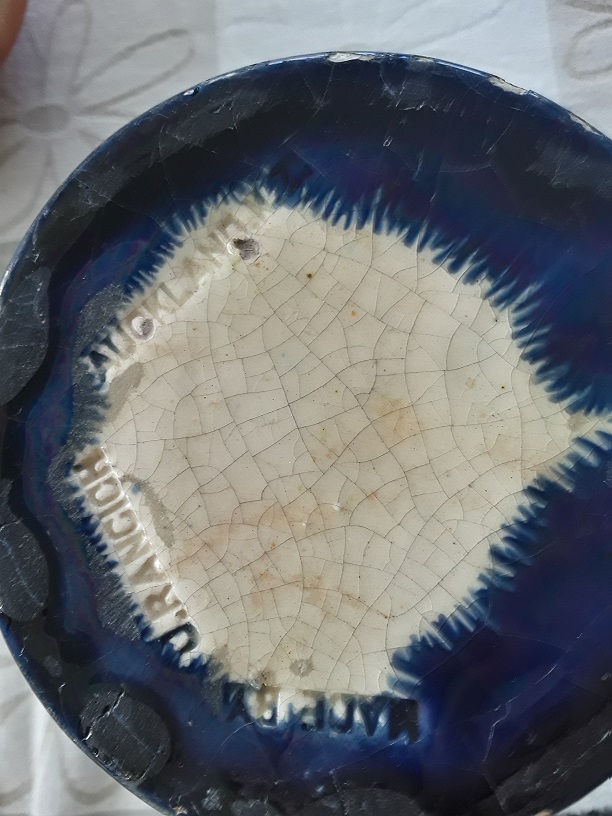 Thanks oakpot and that vase is magnificent

This blue glazed vase is now in a private collection.The photo may be uploaded into the Jovan Rancich gallery.

Thank you so much oakpot.

For the gallery,artist  I Williams.
Because of Jovan's health and the workshop fire of 1944, the hand thrown bisque-ware produced by Wally Silva,was then decorated and sold by A.S.Partridge (Harwyn Pottery). 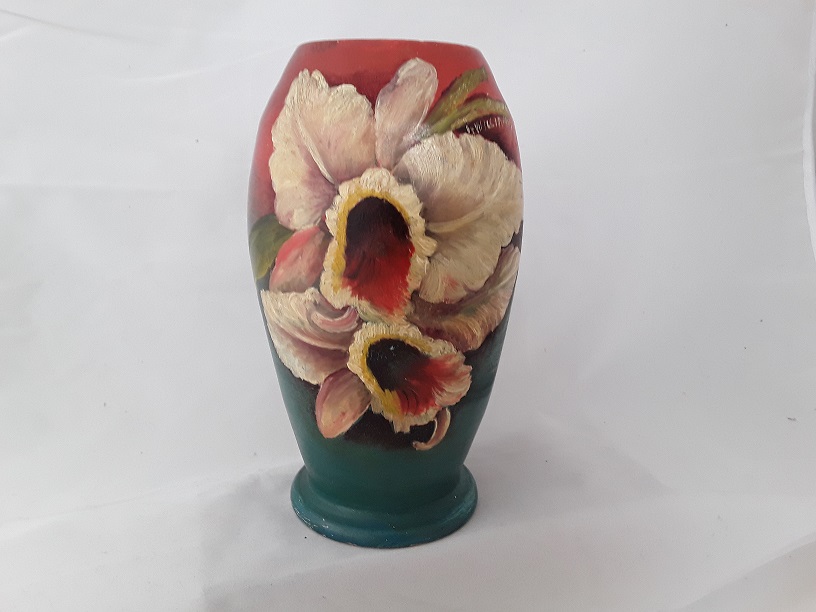 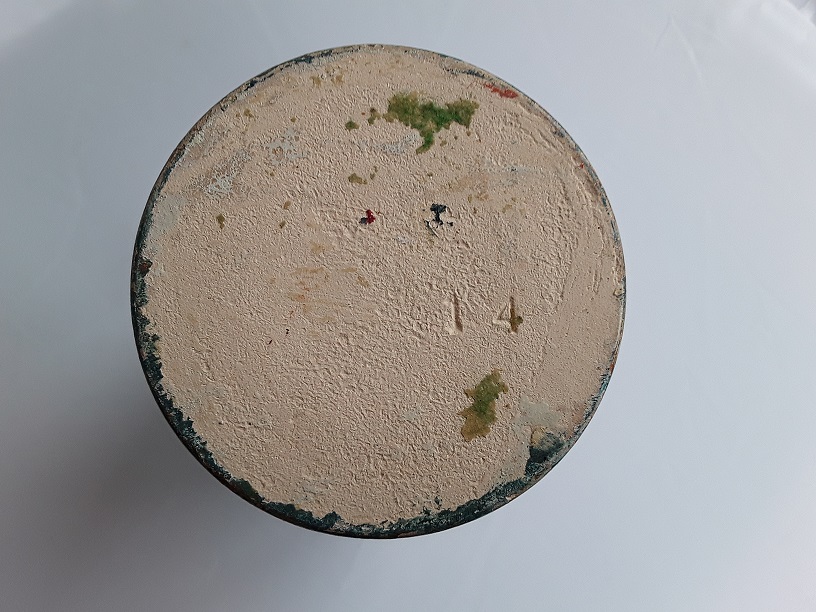 Thank you so much oakpot. This vase is stunning and may even be older than I ....?

Ev but younger than me .....!
The Harwyn vase above may be uploaded into the Jovan rancich, Wally Silva gallery'
There is now three No 14 Harwyn vases hand thrown by Wally Silva.