This Float Bowl has intrigued me for years and at last I have one so that it can share it's secrets with me.
This has the same profile as my Shape 51 Hand Potted, although a bit smaller.  This tells me that it has been Hand Potted.
The glaze is a muddy, murky speckled brown on the outside that I've never seen before and clear on the inside.
Crown Lynn has been written through the glaze in an old style cursive script that looks very similar to the 1948 to 1955 stamps, which tells me it has been made in this timeframe.
There is no number on the base.  It is 23.5cm across.
This Float Bowl can now join the Hand Potted Gallery 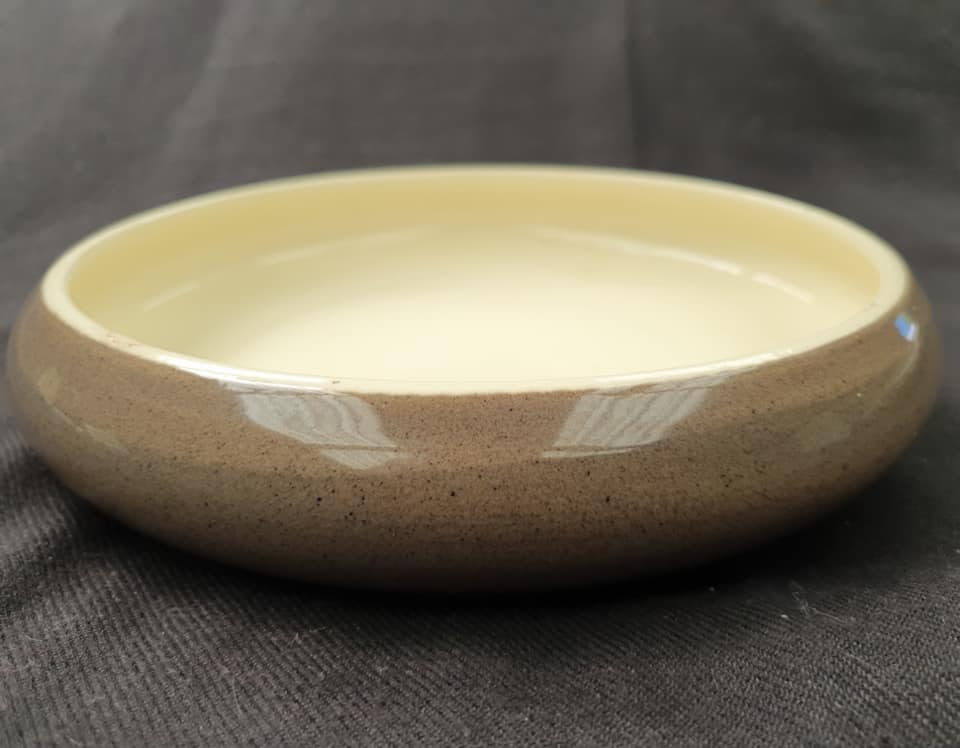 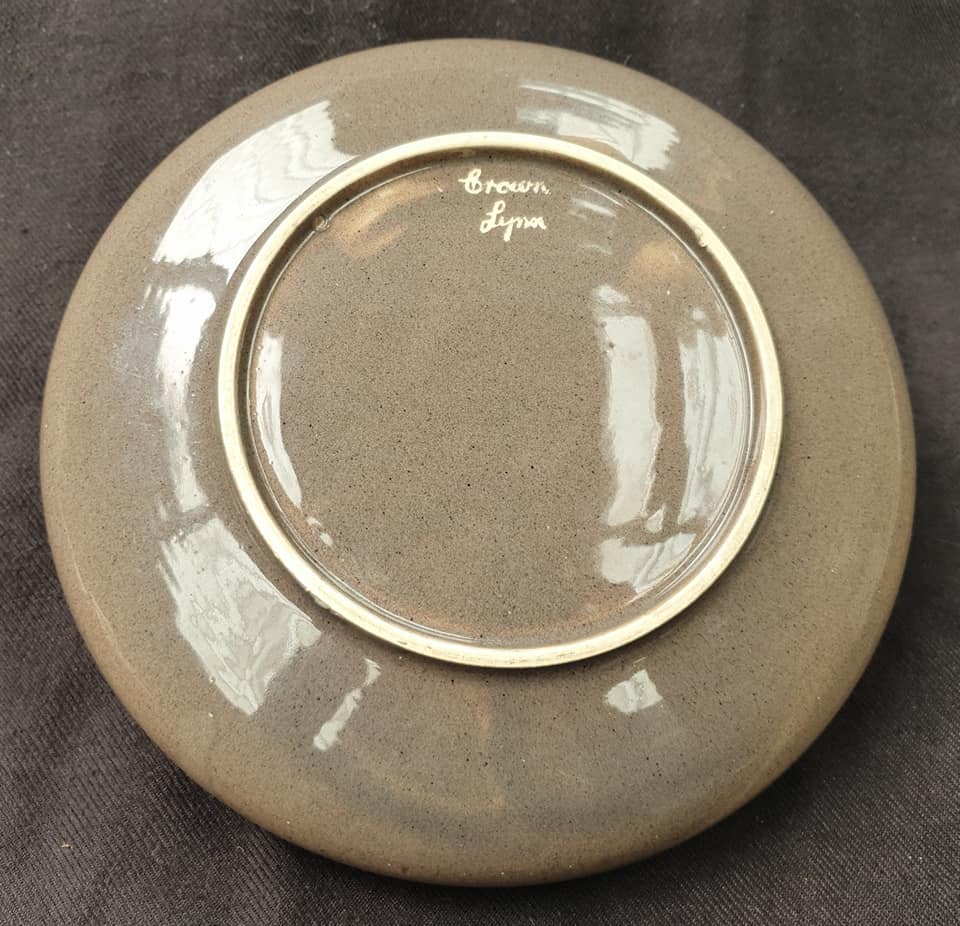 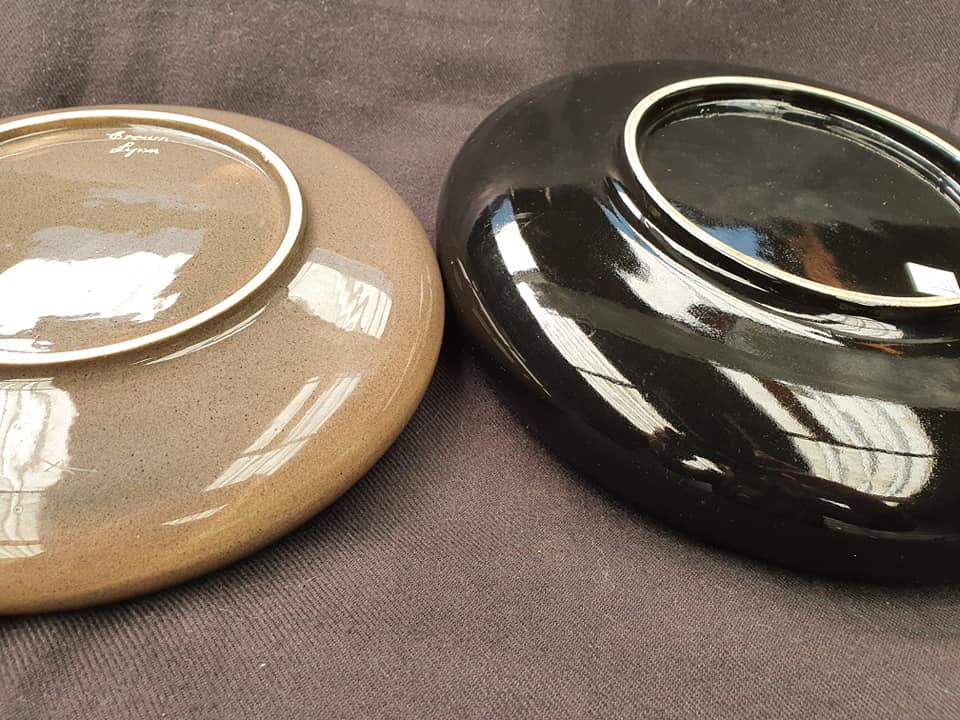 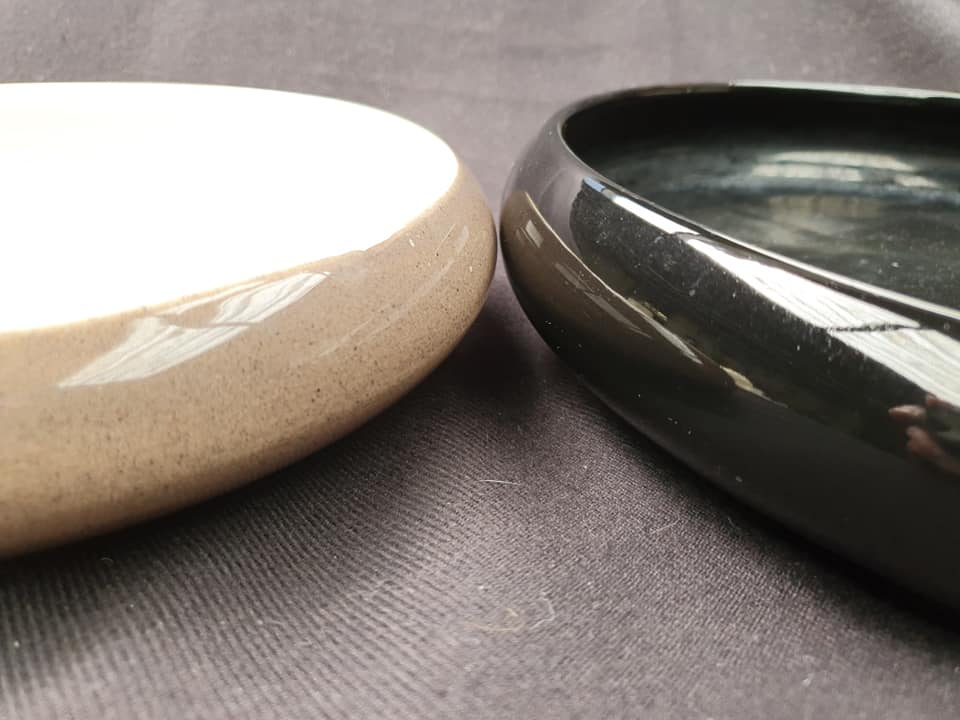 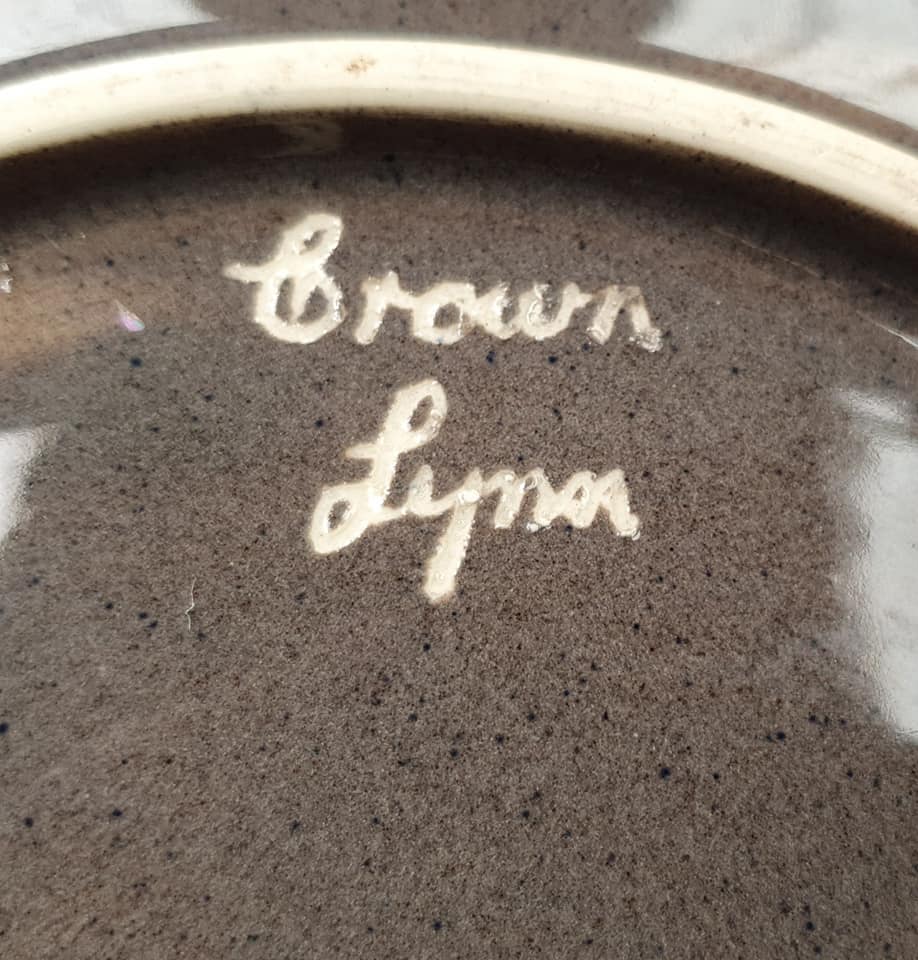 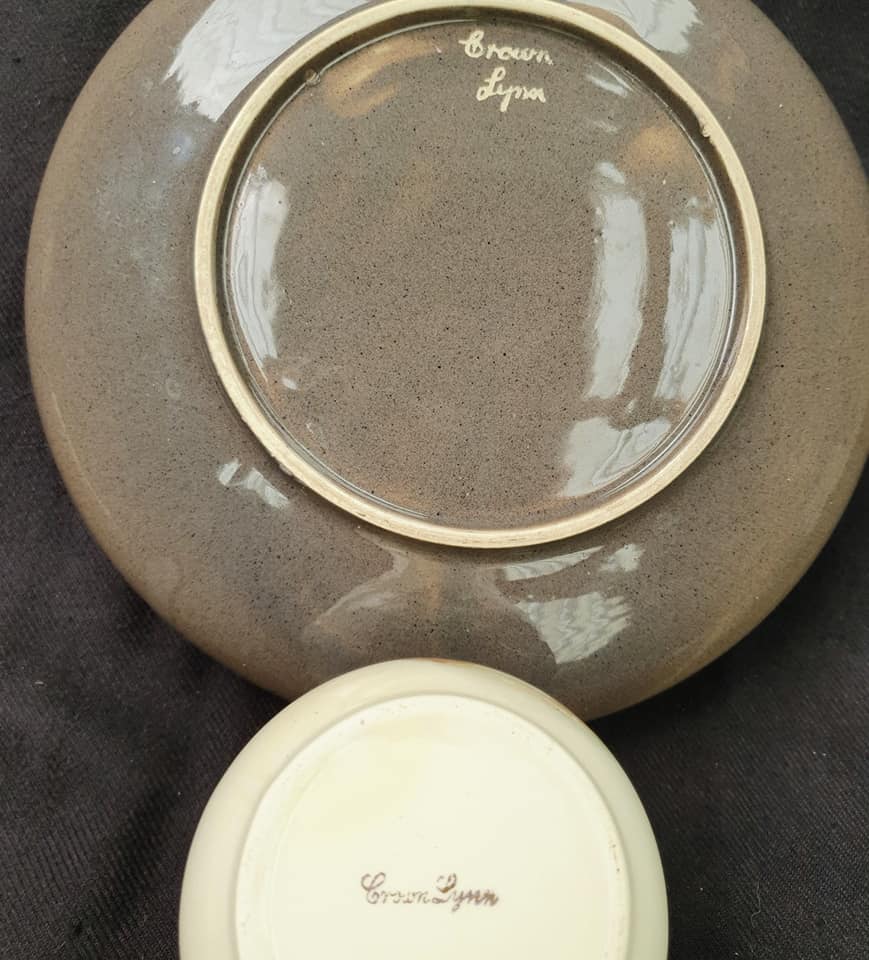