Yesterday at 15:32 by Jeremy Ashford

» Inspired by Crown Lynn Exhibition at the Nikau Gallery, Waiheke Island including Peacock

Hello, Can anyone tell me if this beautiful flow glaze vase numbered 86/98 is Ambrico? It doesn’t match the shape guide. It is about 7 1/2 inches. 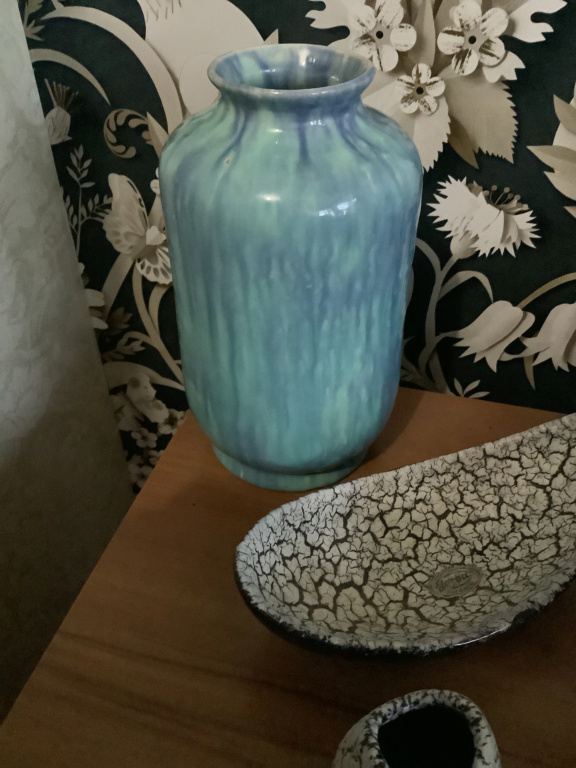 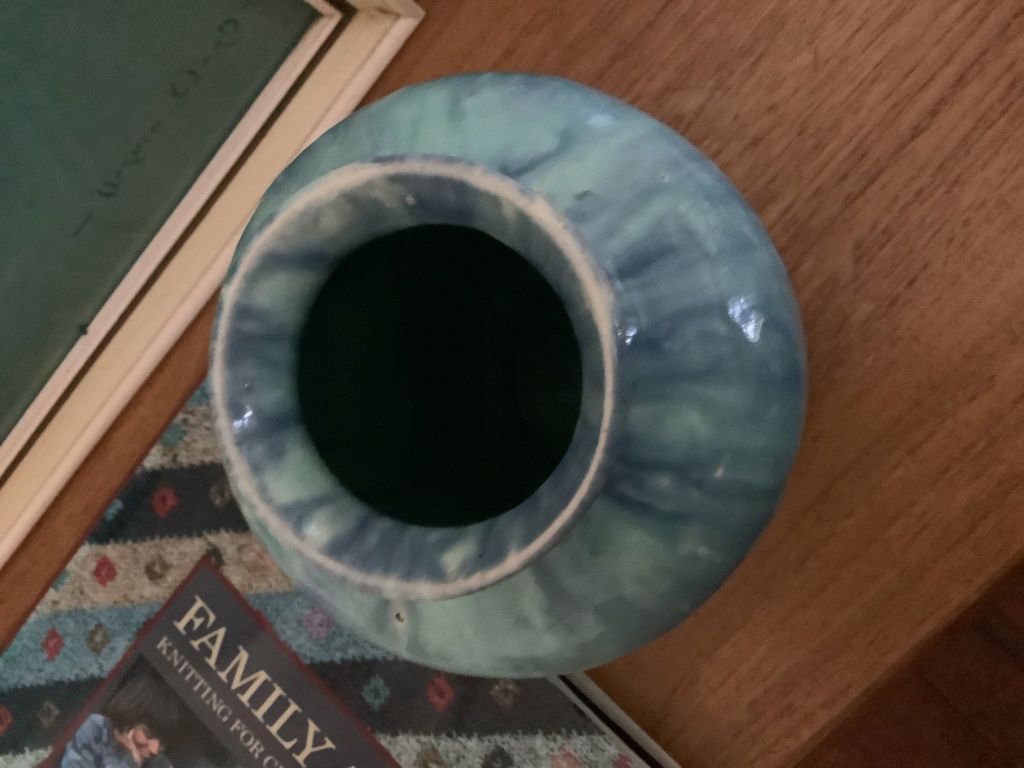 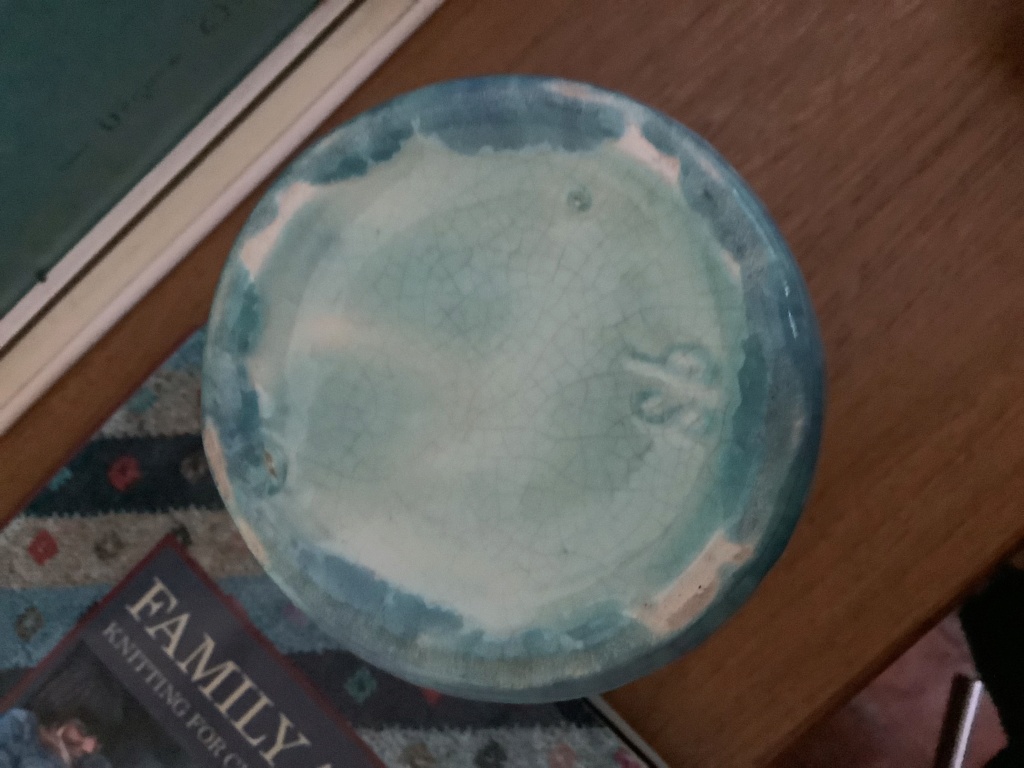 Hi there, no this wasn't made by Ambrico as they used a straw coloured clay and this was made with white clay.

Thank you Ev. The search continues!

I’ve just read the topic https://www.newzealandpottery.net/t6608-ambrico-ruskin-experimental-or-hobby-ceramic , which I should have read before posting -  no doubt mine is one of those.
I do love a good mystery…….

There is also a possibility that this stuff pre-dated Ambrico by a decade and a half.

One piece on trademe a fair few years ago now had a hallmarked silver top on it that dated, best I can remember, as 1921.

Whatever it is, whether NZ, Australian, British, or other, it is pretty engaging pottery. When people are asking hundreds of dollars on trademe for them I was fortunate to buy one from one of the other sellers at a CL market for just $25, and think it was $25 well spent. Sometimes I like to be part of the narrative.

If you like it buy it, if you don’t then maybe not.