Okay 3 days and a vast boot load later we make our way home.

The destruction in Christchurch is quite humbling, a lot of stores we had listed to visit simply werent tradingdue to varying forms of damage. Some were no longer there, alot were fenced of no-go zones.

But there were still enough to get some great bargains.

The crowning (no pun) glory was the Riccarton markets, where many bargains were to be had.

It will take a while to catalogue all these items so keep an eye out later this week.

But i did get a lovely roydon harvest cup and a ballins jug. yahhh

and one of these http://www.trademe.co.nz/Antiques-collectables/Other/auction-321430844.htm 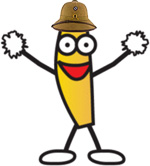 Riccarton is huge .... goes on forever!
Christchurch will take a while to get over that nasty quake!
Ev waits patiently for you to get home