Globe
Get Your Own Visitor Globe!
Latest topics
» Are these crown lynn panthers?

» The Rhodes Urban Myth has been busted !!!

» Mini miniature, salesmans sample or handpotted? Is this the smallest Crown Lynn vase of all?

» A Tiki Ashtray on Ooga-Mooga.com was made by Morlynn Industries

John asks if you could help with ID please Tony.... 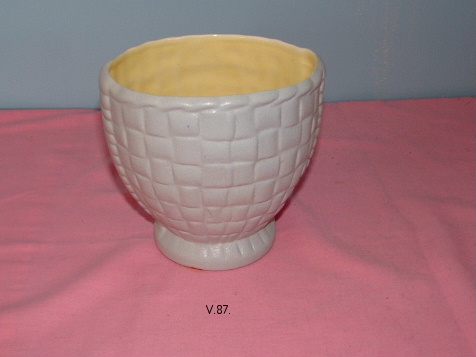 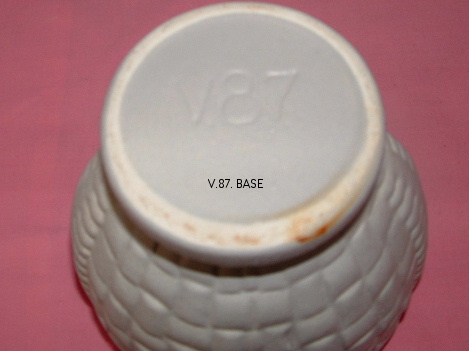 A number of Australian potteries used a numbering system that had a letter denoting the kind of ware, T for trough, W for wall vase (also known as welcome vases), V for Vase etc I think the numbers just ran sequentially although some of the early Diana ones look to have had a shape number, a dash and then another number indicating the height in inches. "The People's Potteries" reproduces pages from Diana catalogues from 1947 and 1950 with the highest V number being V60.

None of the reference books I have illustrate that particular vase but Encyclopaedia of Australian Potter's Marks, Ford, G, 2002, Salt Glaze Press, Wodonga says Hollywood was produced in the early to late 1960s - some have an impressed "Hollywood" and some a Red on Silver foil paper label with Hollywood over a Map of Oz.