» Old Vase with handmade rose & leaves, is this Milton Pottery? 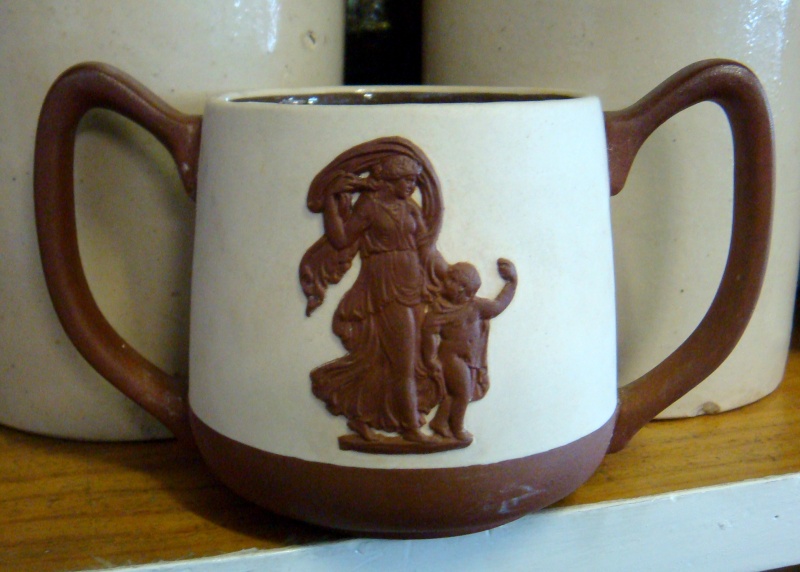 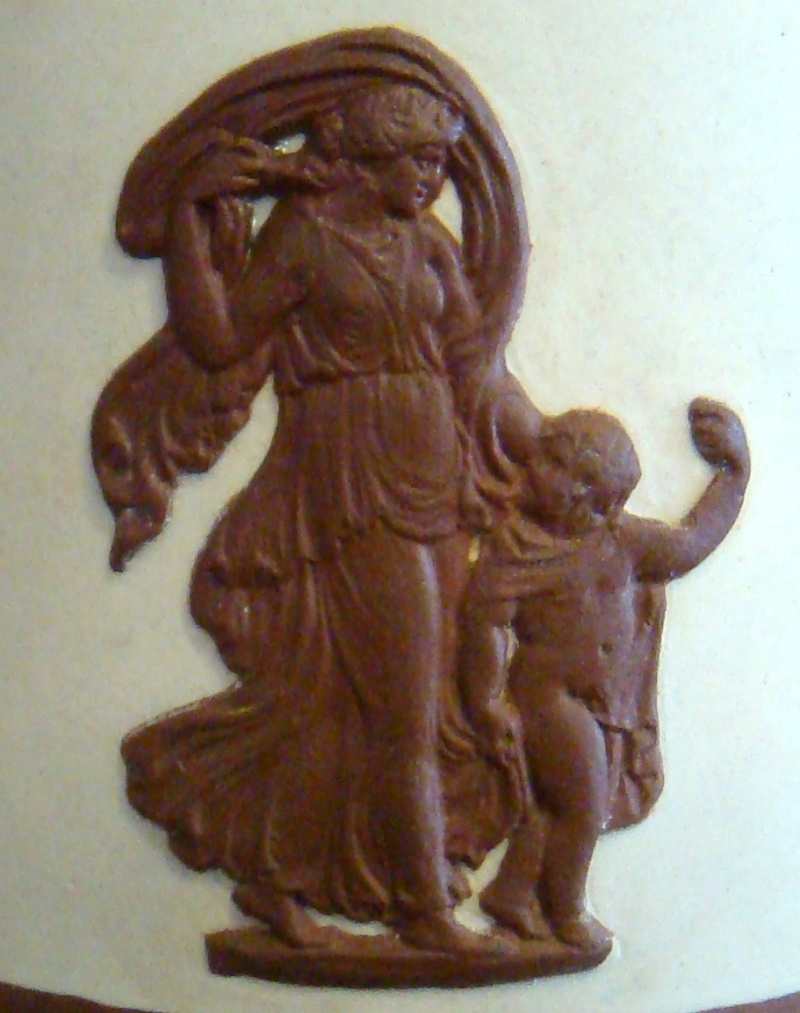 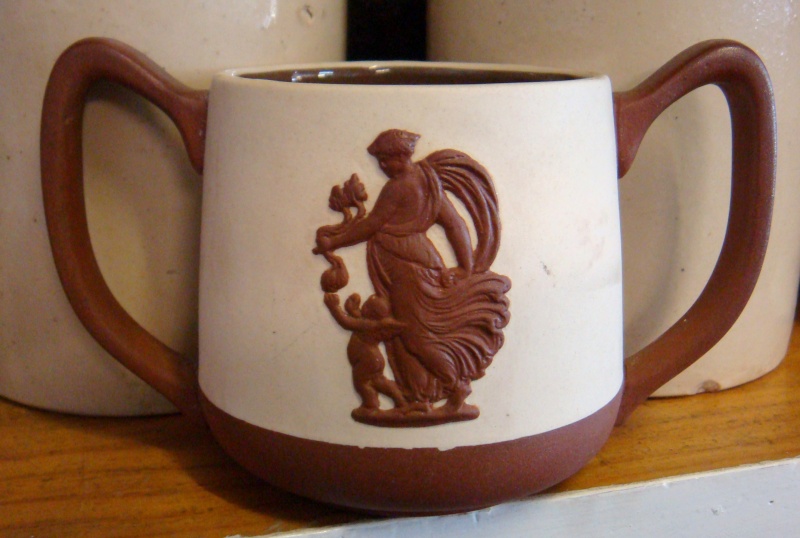 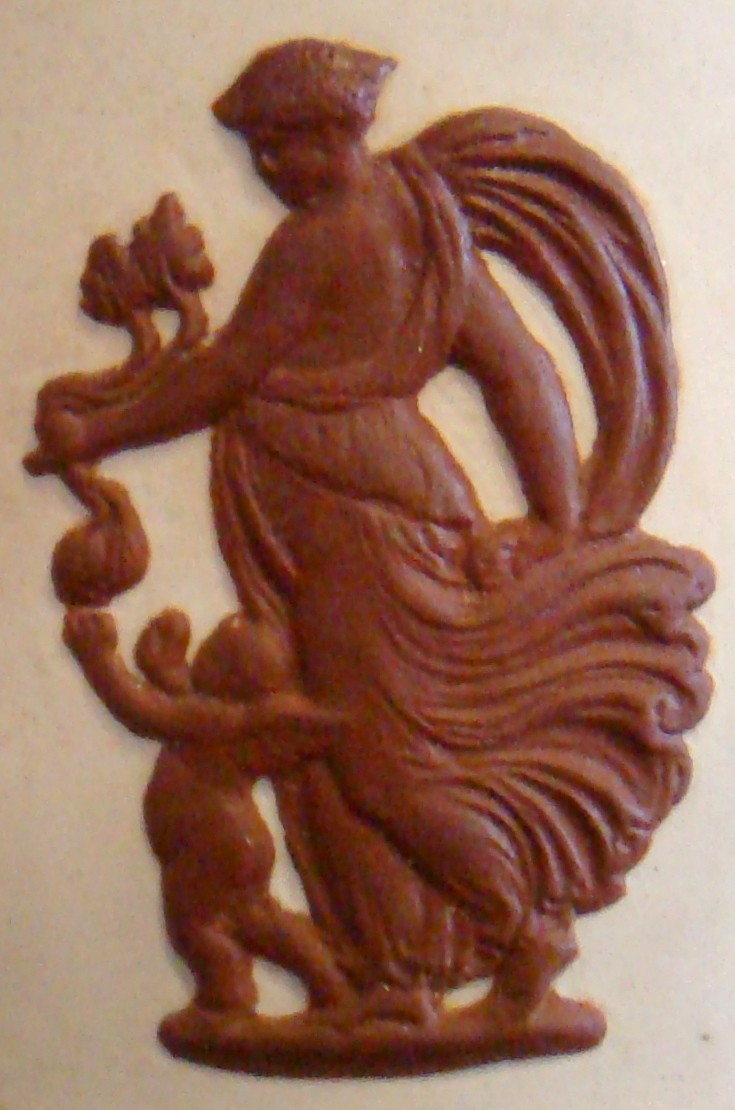 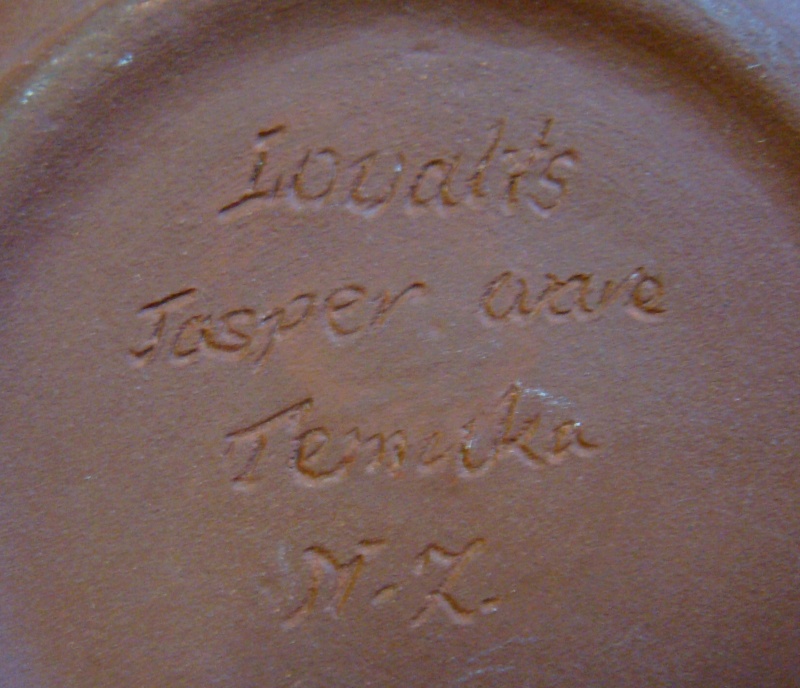 fantastic.... That is the first jasper ware on the site!!!

Not quite the blue of Wedgwood Jasper Ware.
Matt OS, shiny IS. Same figure as first one above. 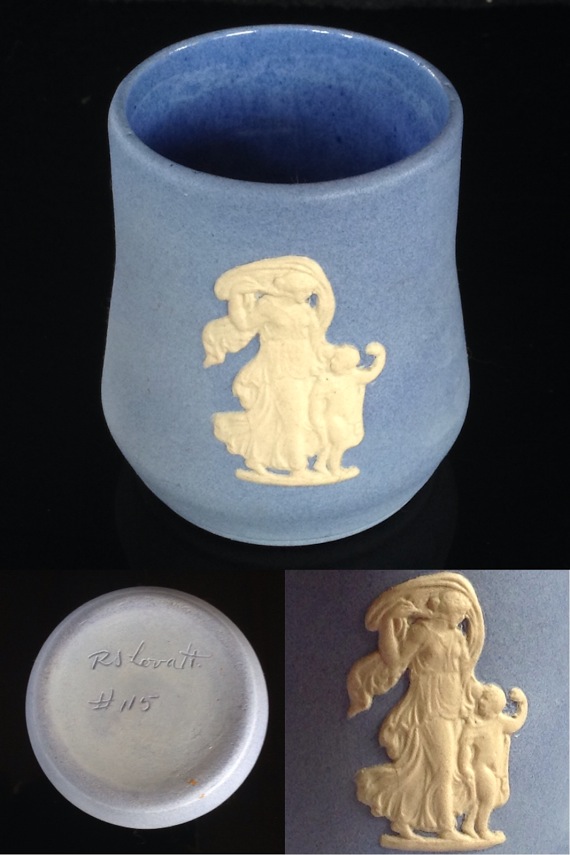 [at this point I showed my ignorance of how Jasperware is made, deleted now]

Gee, now you have me thinking,

I have one piece of Lovatt's jasper ware, and had always thought it must be an applied motif the same as Wedgewood, I will look very carefully at my one before it gets packed away.

Well, I could be wrong but I made a quick comparison of the pattern on Anne's first piece and on mine and saw that "holes" where the colour pierced the pattern were not identical. I'll look again.

and I will look at the piece of Wedgewood in the cabinet for comparison also!

Jeremy please google jasper ware so that you have an understanding of how this is achieved.

I am pretty sure this is not blue body so I gather the later method was used and the blue is a "dip" or "slip" rather than a glaze. Ie, it is blue clay rather than blue glass.
And then the relief stuck on.

That was my original thought for how these would be made, just replacing "glaze" in my ponderings with "slip" would work but I still have issues with the relief. The finished look on the blue is more of a sponge finish than an allover even coating, which is the look the Wedgwood has, suggesting a very hands-on approach.

I am still not totally convinced that Lovatt necessarily followed that method as I have issues with stuff (I know there's a word but can't find it: detritus?) at the point of fixing. I realise that differences between pieces could simply be that the reliefs are not so well fettled, and some have holes where others do not.

I will need to look again when my contact lens comes out and my microscopic vision is restored, ie bedtime.