From the collection of Manos... 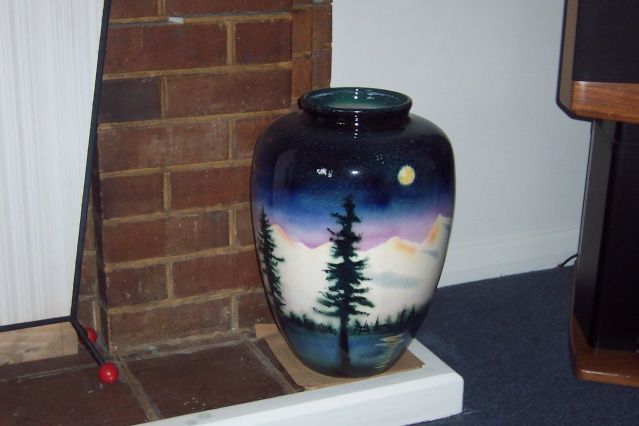 Just recently Manos has acquired a smaller version of the large Sherwood Vase. To his great delight it is marked on the base quite differently to anything ever recorded...
(Base photos to follow) 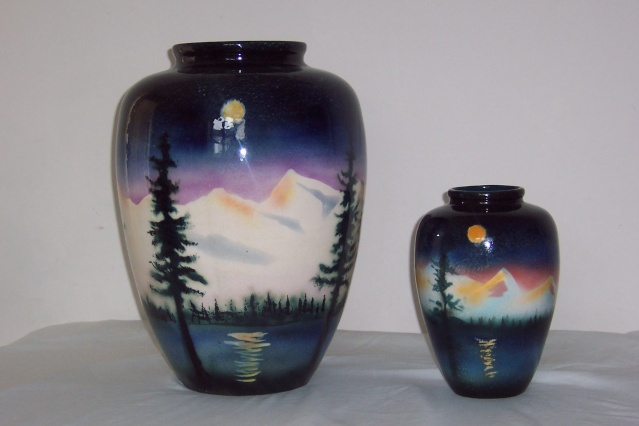 Base mark on the smaller pot 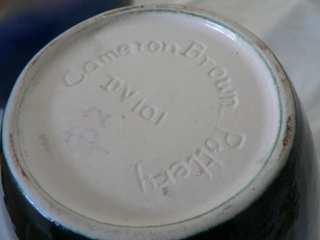 Base mark on the larger pot 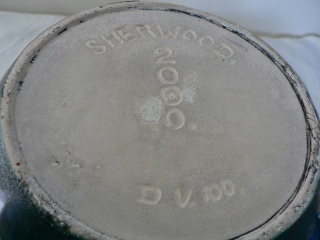 Now I would not like to pop any baloons but beleive that the 2000 relates to the year 2000. Cam Brown pottery is alos around this era as I have a few myself. Indeed the family has returned the name of Sherwood Pottery and specialises in garden wares.

Thanks for your comments, our site is all about discussion and deliberation so your remark is appreciated. This particular pot I thought was in one of Gail Henrys books...

Manos has told me he is interested by peters comments and has a titian expert calling on him next week to have a look at the pot..we will wait until then to find out just what this pot really is..or rather, how old..

There is always a mystery to unravel in this game...

We have two pots with the cam brown pottery signature as shown with 2000. Would be great to find out if the pair on this site was original Sherwood. The pair that we have are designed on that rarther famous bridge in venive called Rialto which is a large open top vase in relief and a huge shell that has a rich pink glaze outside with cream inside.
I have seen a vase (large) of similar shape to the one on this site that was around mid sixties when CB started experimenting with that spray on glaze so you never know.
Looking forward to an experts opinion.
peters

Any chance of posting pics??

Pics will be supplied but not until December i'm afraid. Am currently in UK but home for xmas so will be happy to post then.

Oh, how amazing the computer world is..felt like you were right here!

Manos still has an expert calling on him but has been hindered by flu..

Manos had a Titian Collector very closely linked to the Brown Family call on him today.

The large Sherwood Pot was made by Bev Brown (Cameron Brown Jnrs wife) under the supervision of her father- in- law Cameron Brown. There were very few of these made but they were made in 2000.

The smaller pot was made by Cameron Brown himself probably between 1996 and 1998, possibly earlier, but not in the era we originally thought.

Thanks peters for bringing this to our attention, Manos still has two very collectable pots and is thrilled to know the background.

Pleasure, they are still great pots and to have a matching set is excellent.