I found today a sizeable tankard shape in two tone honey glaze with 1054 slightly raised under the glaze. No other markings. Where would it fit in the scheme of things please? Photo tomorrow.

The 1054 appears to be a Titian shape that was adopted by Crown Lynn. The fact that it is in the Crown Lynn records and has four digits tells us that Crown Lynn made it.
This is what it says in the records:
1054 - Beer Mug [like 1010] "Titian" - first made in January 1969.

Thanks for that Ev. Here are the photos, I have not made a very good job of them sorry. 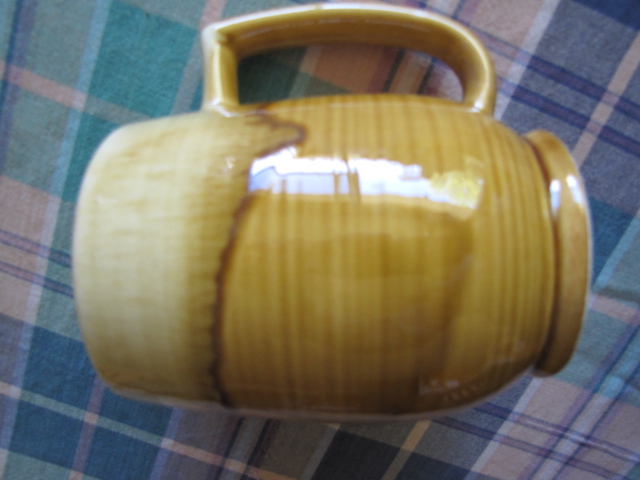 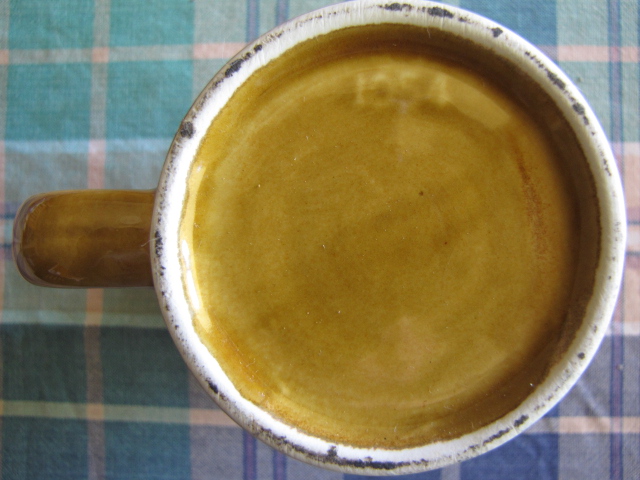 Thanks Thelma your photos are just fine

Thelma, could you please post some measurements for this.

I have just bought the 1010 (yet to arrive, hopefully in one piece) and would like to see how they compare.

The base numbering of the 1010 is in Titian style, impressed and with dots and certainly looks like [it could be] a Titian design but the date in the gallery of 4.2.64 is very early for CL to be reproducing Titian shapes or producing wares at the Titian factory as from my reading Titian didn't publicly list until 1965.

Apart from shaving mugs, the 419 vitrified, the Games and Coronation mugs, and the Kiddie Mug, Crown Lynn basically didn't "do" mugs until the 1000, and didn't follow up the 1010 in Auckland until the 1101 at the end of 1970, with all the mugs of the intervening years produced in Christchurch.

Don't shoot the messenger down Jeremy

There is a drawing of the 1010 in the Crown Lynn Shapes Guide and it is the first one with four digits. It's description is Massey U ..... [University perhaps?]
Did they copy the Titian mug shape?
It's all speculation really as we are not able to ask the records questions.

The Coat of Arms is Canterbury University.

The stated size is 10.2cm H, less than this similar Titian mug (closest I've seen so far), which I measured at 11.

This actually appears to be about the same height as the PM100/1150, the one I have with Massey University colours. I"ll have to confirm that when it arrives. I had always expected it to be bigger. 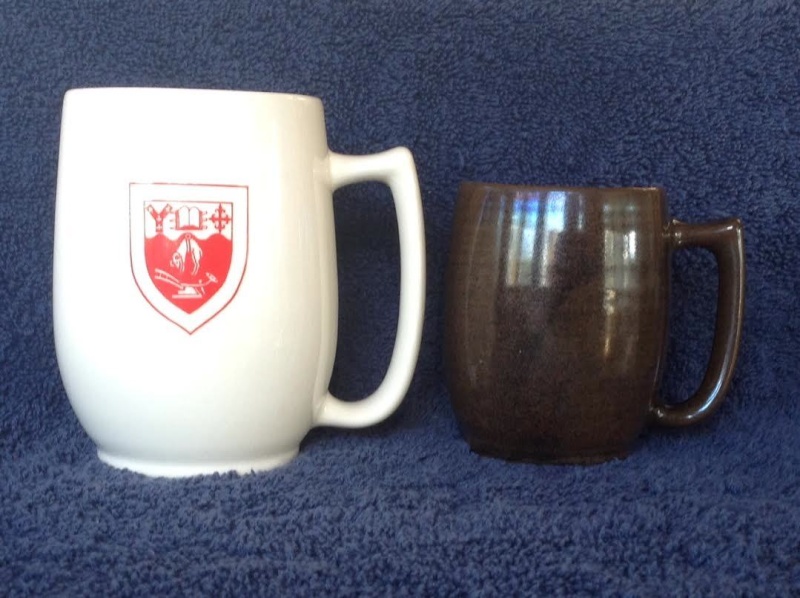