?? V18 no obvious dots around #  & this number is a bit out of sequence in the gallery too. I think its Titian but... 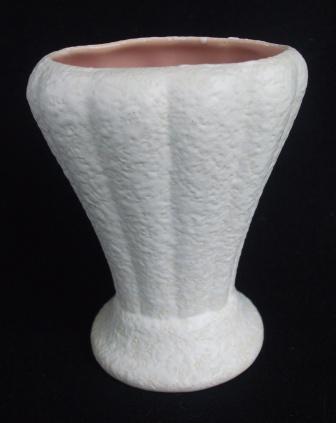 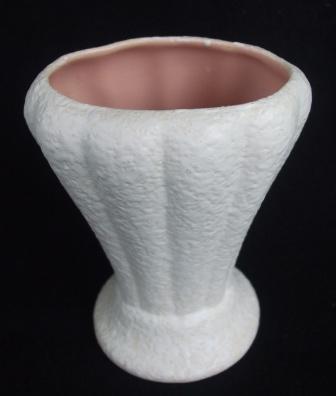 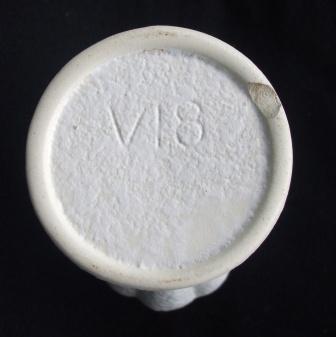 I have this feeling that this has been on before and it wasn't Titian. Sunny will know I think.

It is a lovely vase Ev, but I think it is Diana Pottery. I have pondered these similarities for some time now, across the range of numbers that show up with the roughcast glaze, and been fooled myself, as you know. I think it is time to be brave and share publicly my reasoning behind the numbering. I believe that the Titian V series vases, and this includes the WV vases, have three numbers following the V, starting with a 1. Perhaps the idea of three numbers was more aesthetically pleasing mentally than the single and double numbers, but as we have yet to find any in Titian other than the V100 numbering, I will stick with this theory at the moment, for my own collecting anyhow.

I think its definately a Diana Vase now, thanks

Sorry Kat, I have a couple now with different numbers, I call it a learning curve, and they are still very nice vases!