It was easy enough to attribute my other pair of Orzel Salt and Pepper shakers posted as a reply to a topic by Thelma:
( http://newzealandpottery.forumotion.net/t1371-nz-pottery-from-the-70s-is-made-by-orzel#3625 )
as they were pretty much identical to hers.

This new pair may be problematic but I have dared to list them as a Titian/Orzel and they can remain here unless I am directed otherwise. 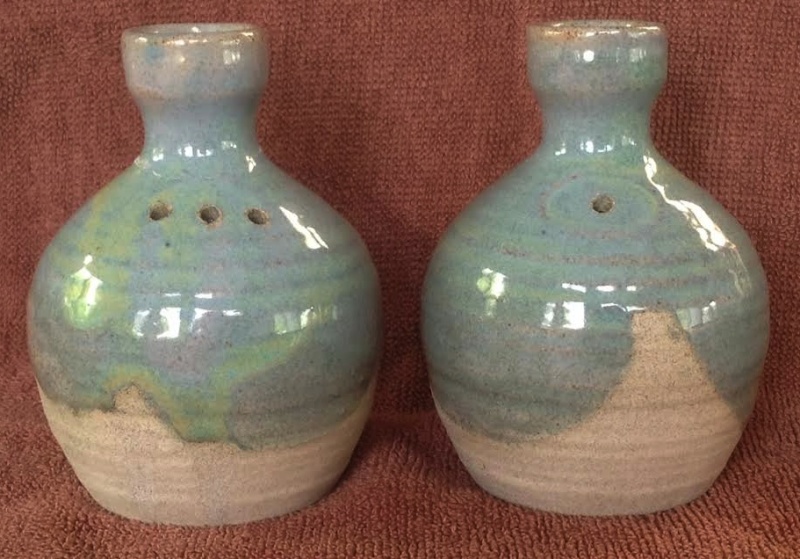 (Those with good eyesight will notice that the pepper pot has lost its head at some stage and had it glued back on.)

At first look these will appear to be a match for Thelma's pair, and my own, in her topic, in all but glaze. The glaze is interesting, in that it is allowed to run on bare slipcast, something I have not noticed before in the limited Orzel I have seen.

A difficulty, albeit minor, arises when the new salt is placed adjacent to my earlier purchase: 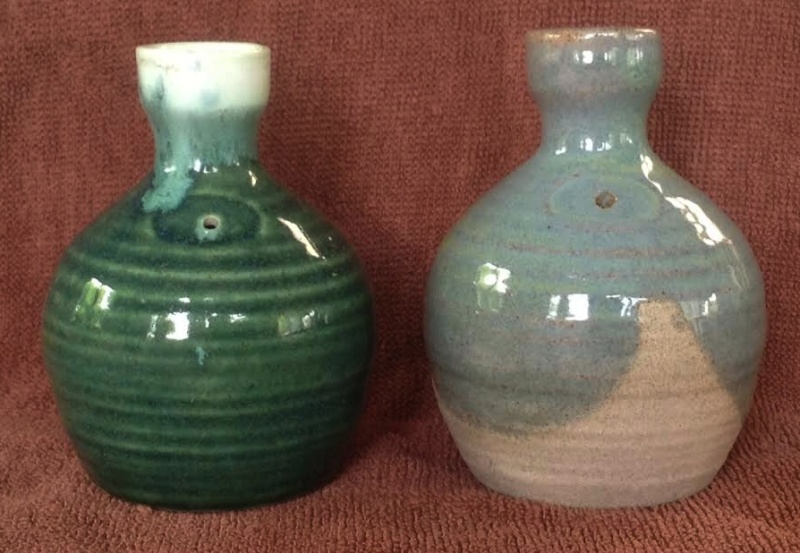 The new pot is 2mm higher than the Orzel, and slightly heavier at the rim.
I've seen enough slipware now to know that such variations are within the norm,
so I'm going to go out on a limb now and call it Orzel.

Any comments on that glaze?

As if that salt and pepper wasn't enough!
Same day, different location (p&s from Anglican shop; salt pig from Hospice): 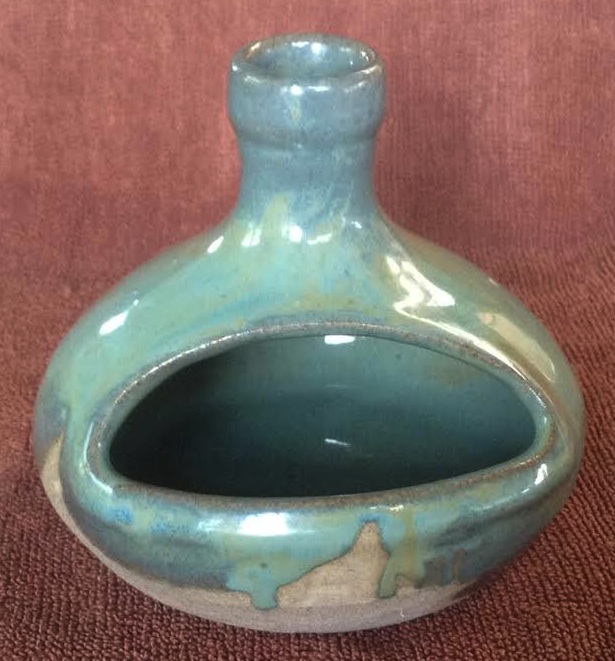 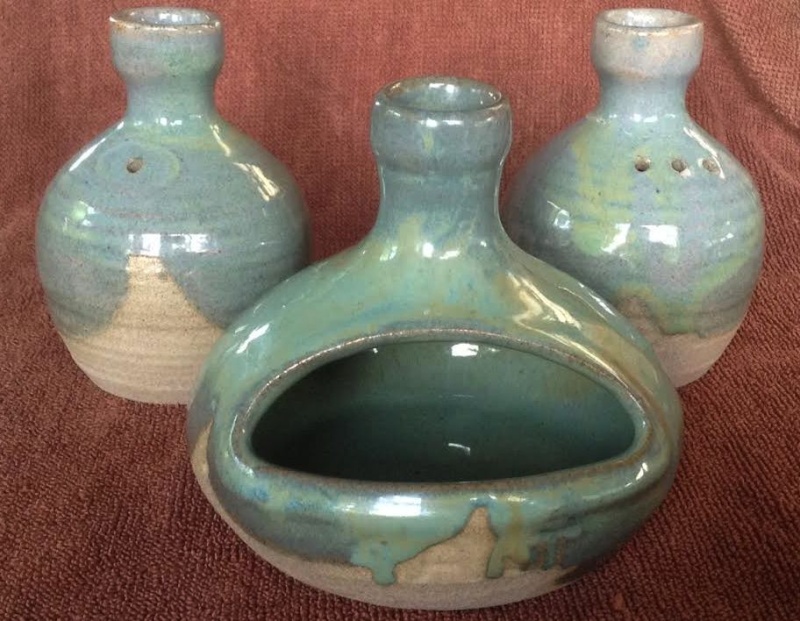 Now here's the tricky bit. It's not just about the glaze: I think the body has sand in it. 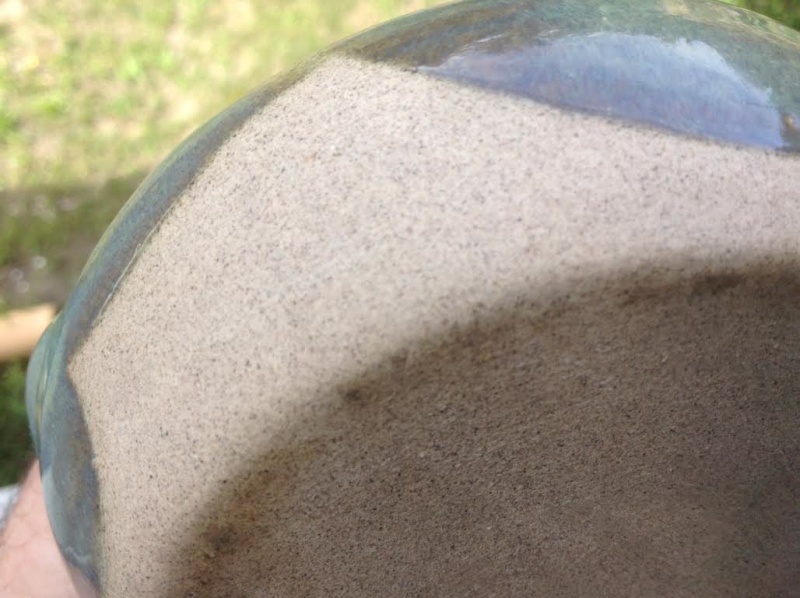 I'm well out of my depth here: somebody help! 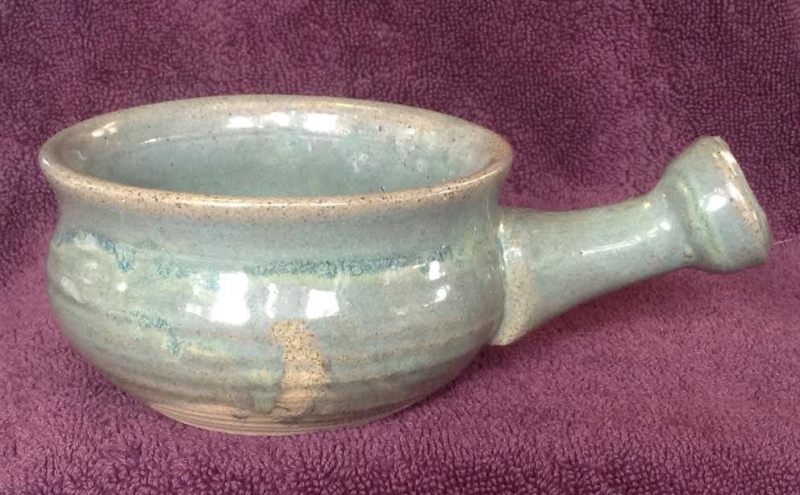 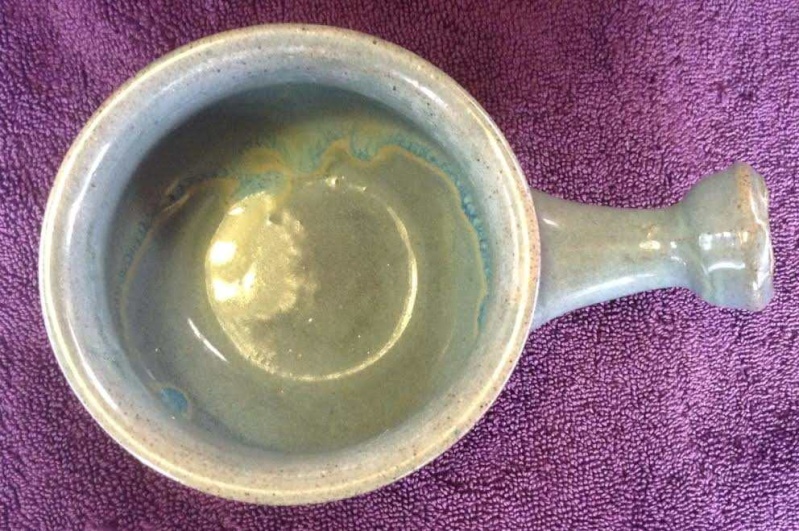 All of those salt and peppers are Orzel Jeremy.