Have just acquired this booklet on the excavation of the Pollen Brickyard and Wright Potteries, on the Whau peninsula. The pottery operated between 1852 and the mid 1870s. James Wright's first kiln was built at the brickworks in 1863. 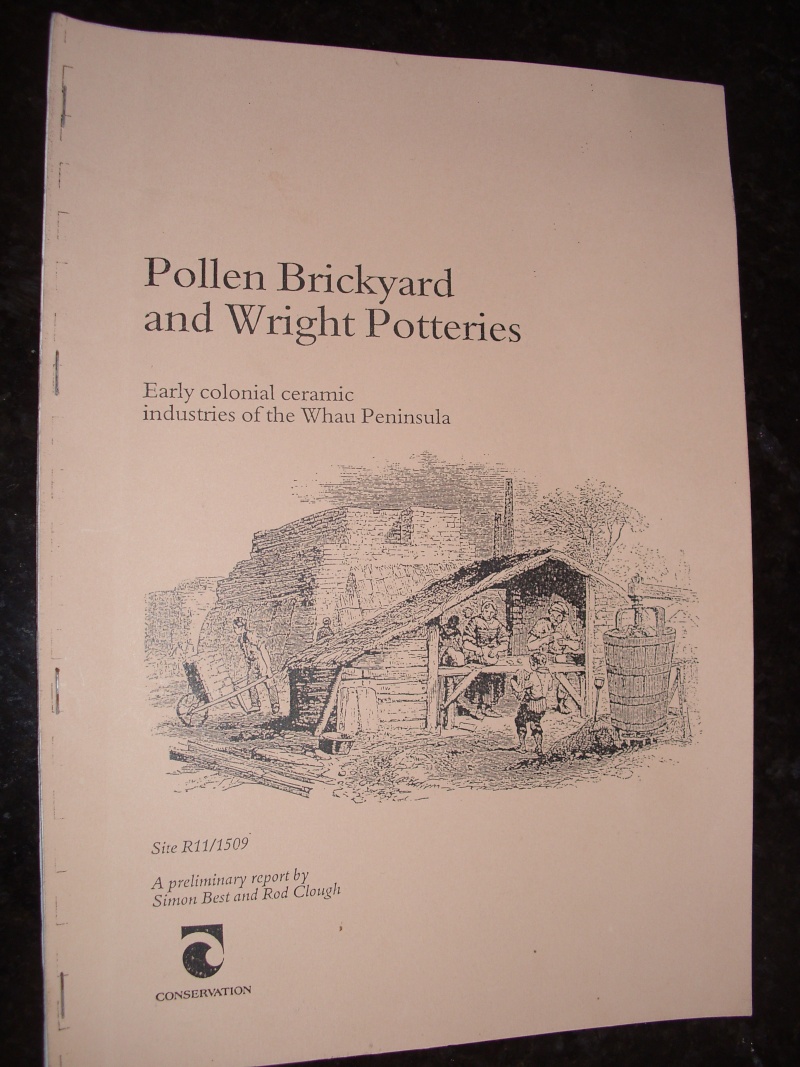 and used on the inside and outside of cups, jugs and plates. as it was turned on the wheel. One has the word 'cup' incised on it.

Has anyone a sample of pottery that could be shared with us?