.1647. casserole in Aquamarine or Lucow

.1647. casserole in Aquamarine or Lucow

A surprise from the Salvation Army Family Store:
Old shape casserole .1647. in the blue and green Lucow glaze (ca1969?). 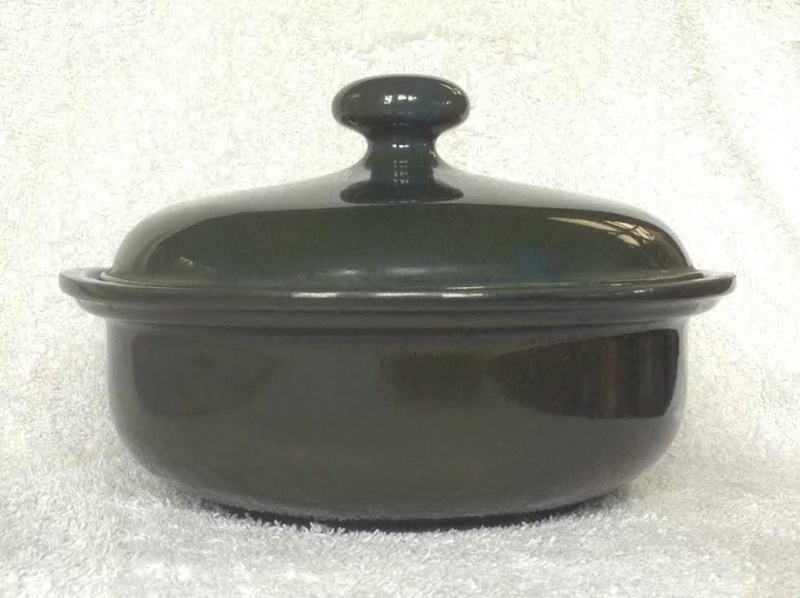 And shown with the smaller, original, 1645

Ev,
I feel very privileged to have turned up both a 1645 and a 1647. As I also have the 5620, 5621, and 5622 it puts me in a good position to make comparisons which may not be obvious from photos alone. To address your comments and questions I'm sorry to say I have ended up throwing a lot more questions back at you. Here goes:

We know from previous topics that the 5620 replaced the 1645 and that the shape (and thus size) changed before the number, so we effectively have two totally different 1645s. As mumof1's 1645 in the gallery is effectively a 5620 it might be helpful to post the original shape in the gallery (as well?) ...

... which gets me to the point that comparisons between old and new shapes bearing the same number is awkward. The 1648 in the gallery is also new style so numbering the lid adds even more complexity.
The lid of the 1647 is bigger than that of the 5621, and smaller than that of 5622. We need to see if there was a 1648 in the old style, but this may or may not happen as it's taken this long for a 1647 to appear!

As for the glaze: I was surprised. I know we went over glazes in discussing the 1645.
So, here goes: The 1647 has a LOT more blue than the 1645, about the same as my first Cleverley coffee set, but less than the second. Having two Cleverley sets with a marked difference in the blue effect tells me that the Lucow glaze produced a range of results. And one thing that affects the result is the surface the glaze is applied to.
A smoother surface has less blue and more shine.

Anyway, have a look at the inside (below) for yourself and see what you think: 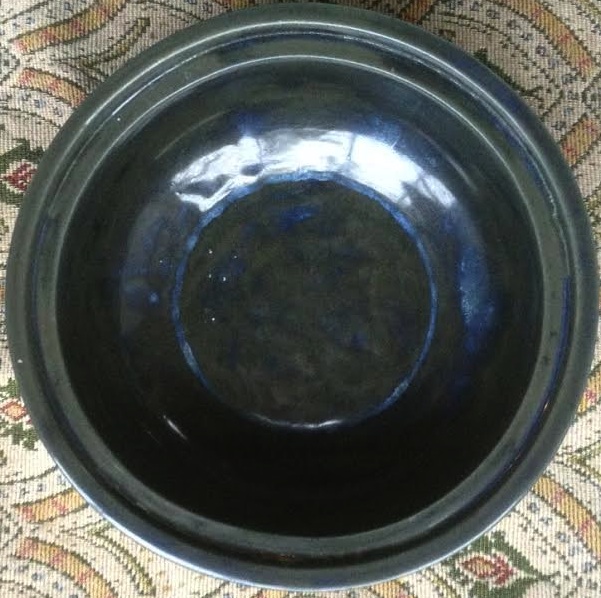 It is very blue where it pools. It's not just a reflection thing: it's blue all the time.
I do believe it is the same glaze as the Cleverley and am now also more convinced that the glaze on my 1619 hot water jug is also Lucow. Still dubious about the 1645.

I take your points Jeremy and will endeavour to answer your questions.

The inside of the casserole looks exactly like the Lucow glaze, so I have changed my tune on that point

We need all of the numbers in the Gallery, old and new and similar and different.

Ev, Congratulations for getting through that. I have been told I'm a bit wordy but I do find it necessary.

Lucow needs more work but I got no google results.

Bearing in mind your comments on inclusiveness in the gallery I have added a suitable picture of 1645 and 1646, early shapes: 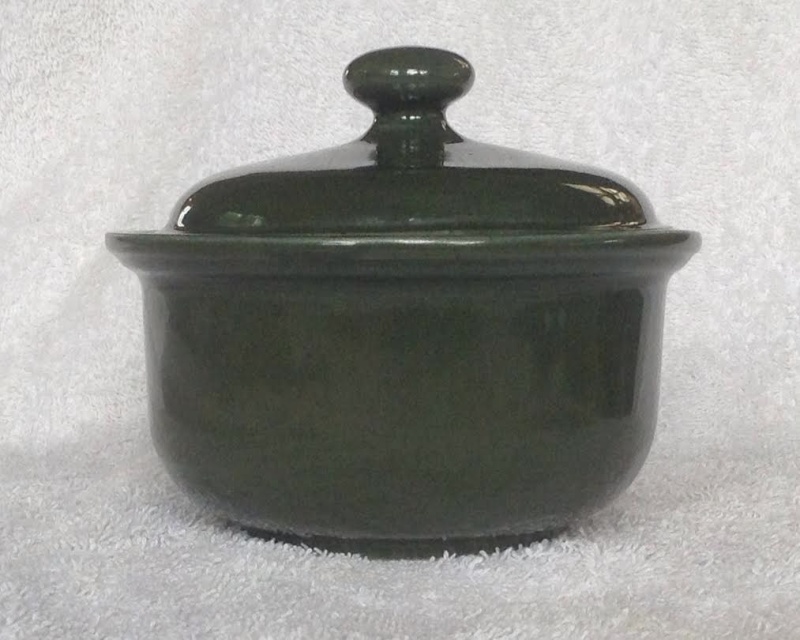 And I guess it's obvious that that 1650 lid is also two shapes and sizes.
There are now two in the gallery.