This looks like the 250 gram honey pot.  Now all we need to do is find the lid for this one, and the 500 gram honey pot.  This pot is 8.5 cm high, width at base is 8.25 cm.  I have left these pics quite big because the hard shiny white glaze is a bit tricky to photograph. The text on the base says (so far as I can ascertain)
EDWARD & SINCLAIR
PO BOX 1937
AUCKLAND
NEW ZEALAND

It looks like the italicised Titian Potteries below the number. 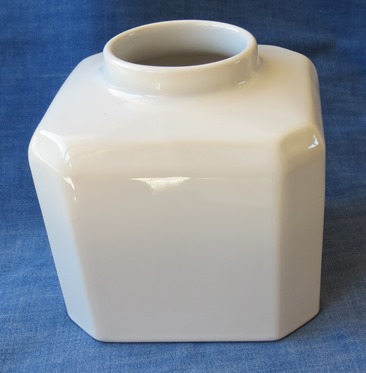 We recon its Titian Container under the number..I found one today too
its the same size, I think this is the 500gm. Honey is quite heavy.

Geo and I have both studied the number on our jar. We are 99 percent sure it's a 1376. The number is clearer in real life than in my pic.

Mine looks like a six too, but put 250gms honey in it & it would be half empty.
Im just wondering bout that

Yes I weighed some honey and wondered the same thing. 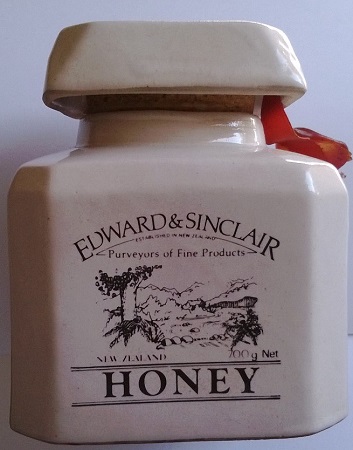 A close up of the label that is fired into the pot .. 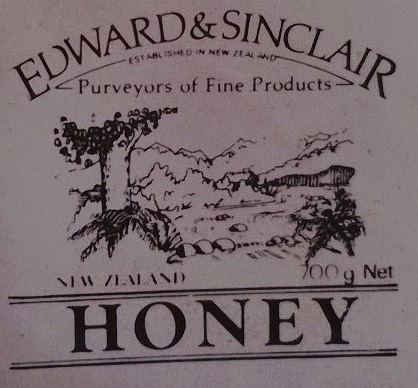 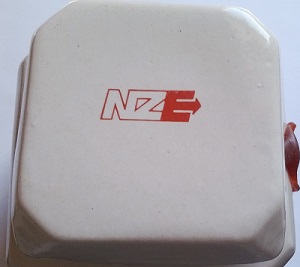 The lid has a cork glued inside and the wax seal is on a piece of ribbon that hangs from under the cork... 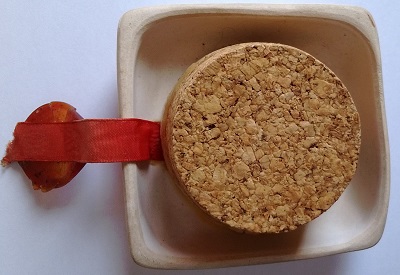 I must check the Modellers drawings as I think they may have these Honey Pots.

Wonderful. Well done Ev. Great to see the lid and graphics. I cant dig mine out at present. But it wd be good if we can all compare these sometime.

This is the only Modellers drawing that I can find ... 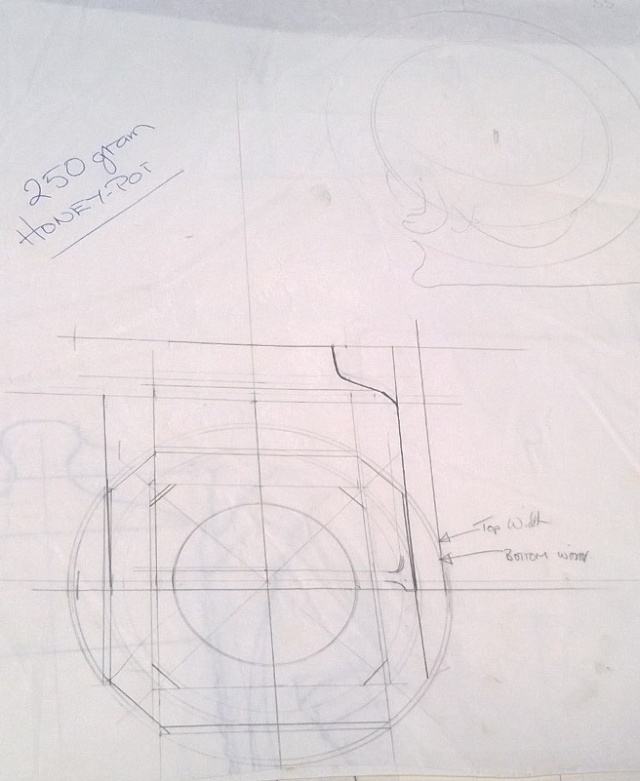 This listing looks like the same honey pot doesn't it?

Which America's Cup would this have been?
What would the jar have contained?
At 10cms tall it's smaller than the one I have.
It's a bit expensive aeeee?

This one at Rainbows Relics is a 400 gram. (Photo taken four weeks ago.) 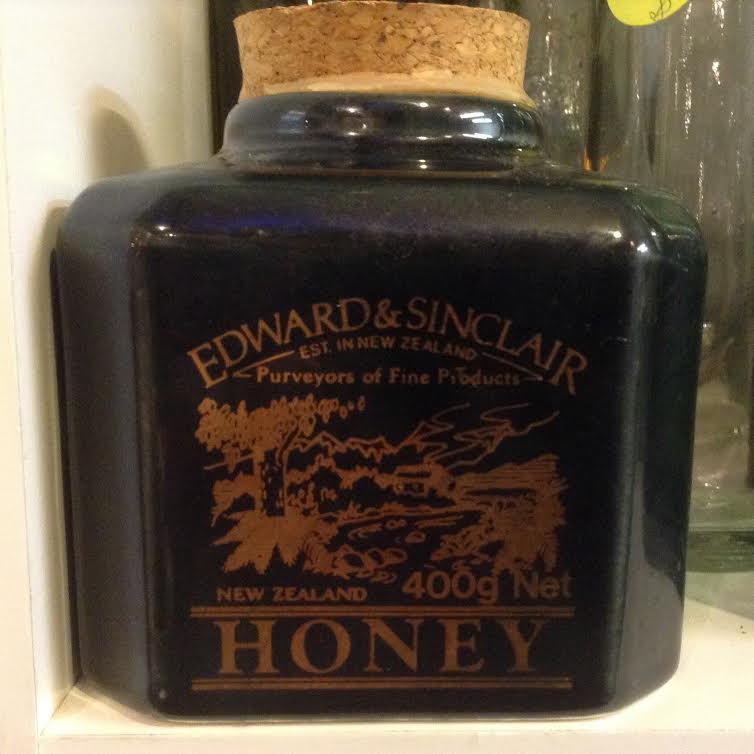 I'm heading out with a tape measure now!

I have some more photos including base but the number (1376) does not show well.
After lunch.

See Portage for what could be the larger one:
http://www.nzmuseums.co.nz/account/3384/object/490220/Plaster_model_-_storage_jar

Their measurements are for the plaster model from which the mould would have been made: subtract 10% for final size? 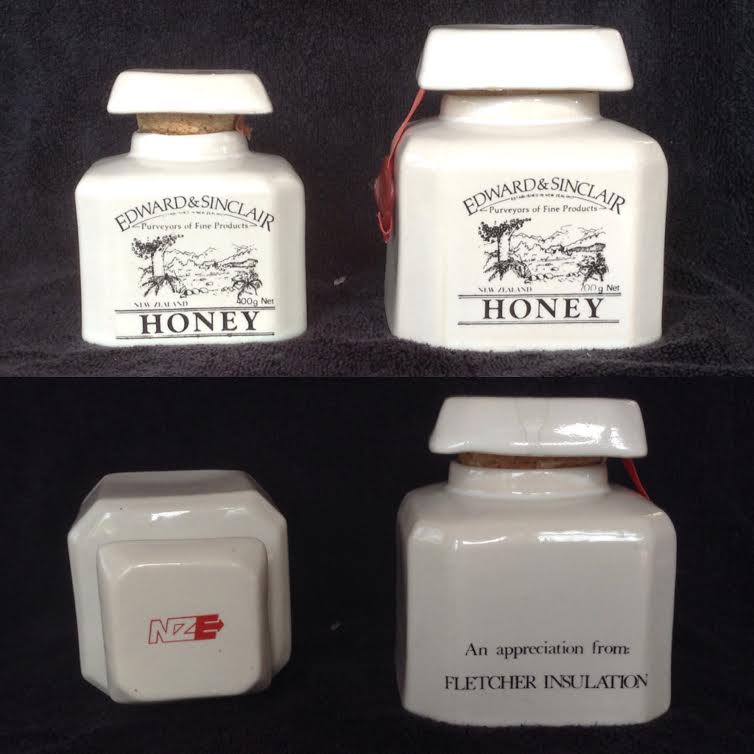 Oops, the lid on the left jar is not pushed all the way down!

sticker on base of smaller jar 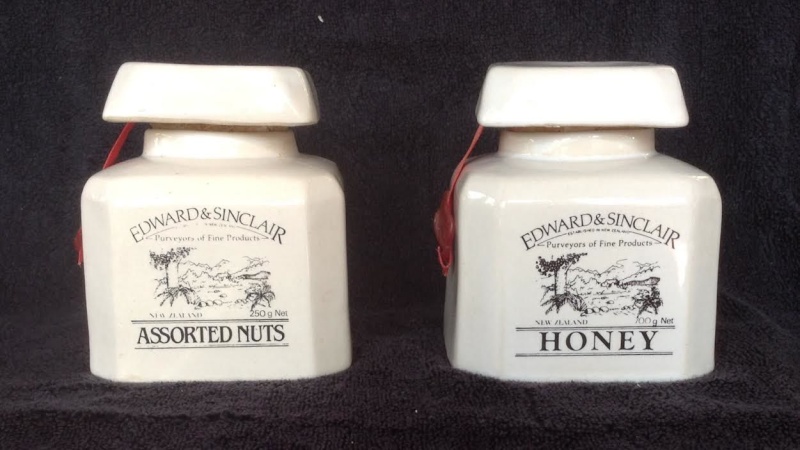 Note that the weight of mixed nuts is just 250g compared to 700 for honey.

The nuts jar has the same Fletcher marking on the back as the honey one.

There are no Crown Lynn or Titian marks visible on any of these jars.

And ...
... an idle thought:
The fettling of the bases is more in keeping with what I have come to expect from Orzel than Crown Lynn so I was wondering if this shape was used by the Browns before CL took over Titian, and even reused later by Orzel. NB the Crown Lynn pots date from 1983, well after the departure of the Browns from Titian, which is confusing. 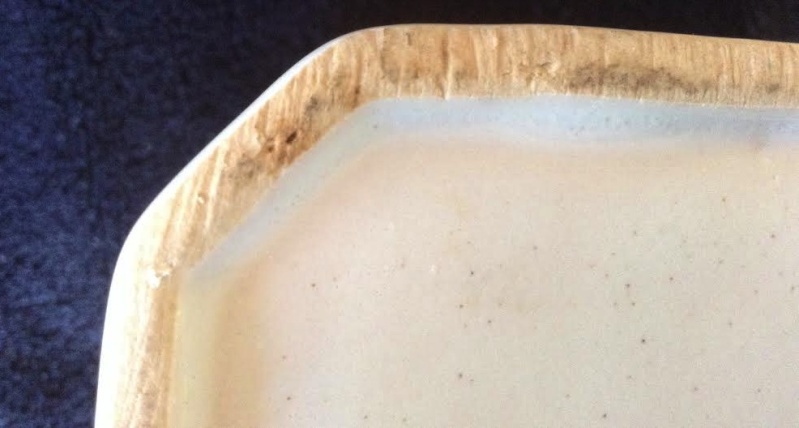 detail from base of large honey, example of footring at its roughest 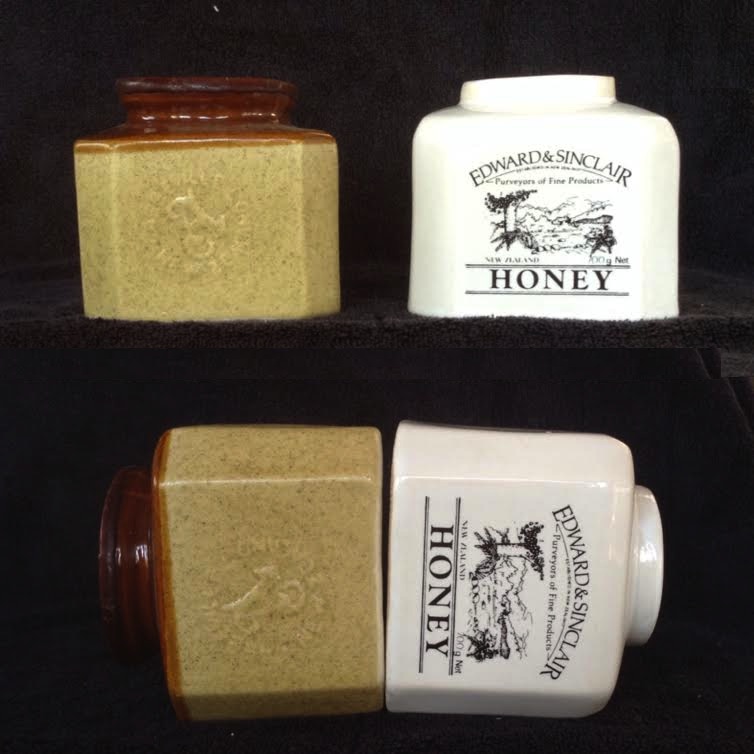 And later ...
Edward & Sinclair for Americas cup on tm:
http://www.trademe.co.nz/Pottery-glass/Porcelain-pottery/Other-NZ-manufacturers/auction-882976529.htm

I looked through the Inventory for the Archives today at the Portage Museum and saw a reference to Edward & Sinclair and wrote it down to check it out, so more may be revealed when I do.
It may take a while to work my way through to that folder as there were 111 pages in the Inventory!!! I've got enough research to do to last my lifetime !!

Here is a another 'honey' jar  this time with kiwifruit chutney.
It holds 400 g chutney - which would be lighter than honey.
It is unmarked, but is the same style of label as the others.
It is 9 cm across the base.
So happy to have found one with a lid! 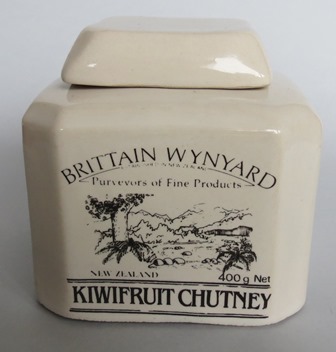 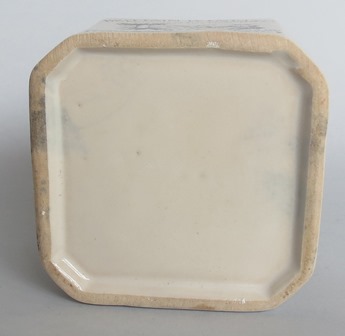 Despite the name change from Edward & Sinclair to Brittain Wynyard the graphics are essentially the same for chutney, nuts and honey.

Turning back a page I see it is the same on the black jars too.

A chance find of a 1376 Honey Pot for $1 (and as I was rather excited the saleslady said I suppose it is worth gazillions and I replied only to a researcher like me hahaa) tells me that my 400gm Honey Jar is not Crown Lynn so it was a dollar well spent. The clay is white on the small Crown Lynn jar and dark on the 400gm jar and the glaze looks white on the Crown Lynn and a dirty grey on the unidentified stray. 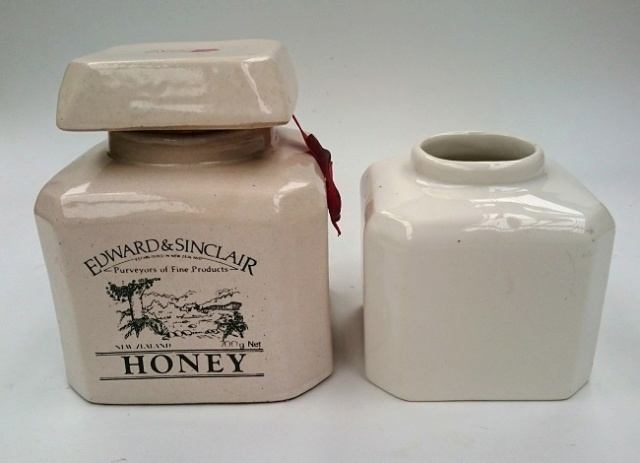 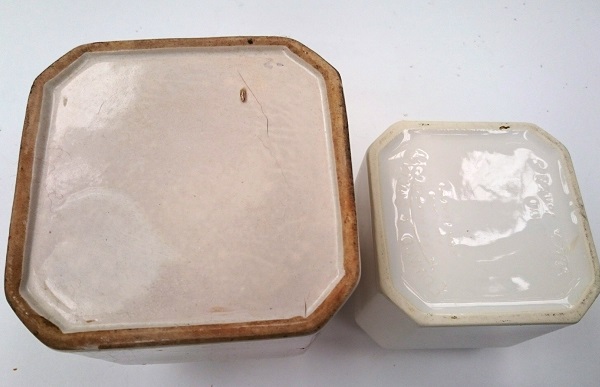