» Tiki pot was made by Crown Lynn

I couldn't resist this:  Someone said it might look good in a bach... but in truth it's not too bad sitting on my white shelves.  Along with a cup and saucer in the same pattern.  The teapot looks exactly the same shape as my Christine Harris which I have included for comparison.  The base is marked Stonehouse handpainted by Terence MacLaughlin. I have also seen another rather bold plate with the same mark. Photo below. 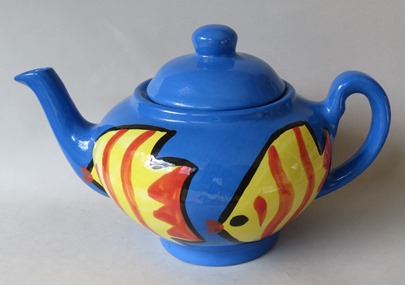 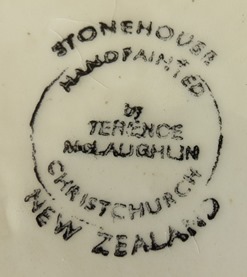 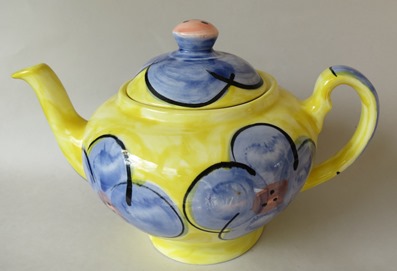 And wow I found my pic of the Stonehouse plate! It would have looked better on a white background.  This pic was taken on the floor of the Salvation Army shop Whangaparoa. 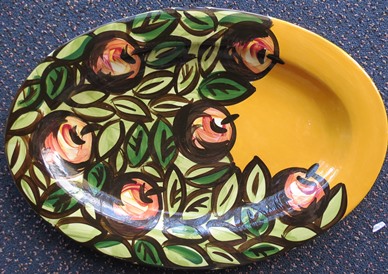 I found 2 cups and saucers today... 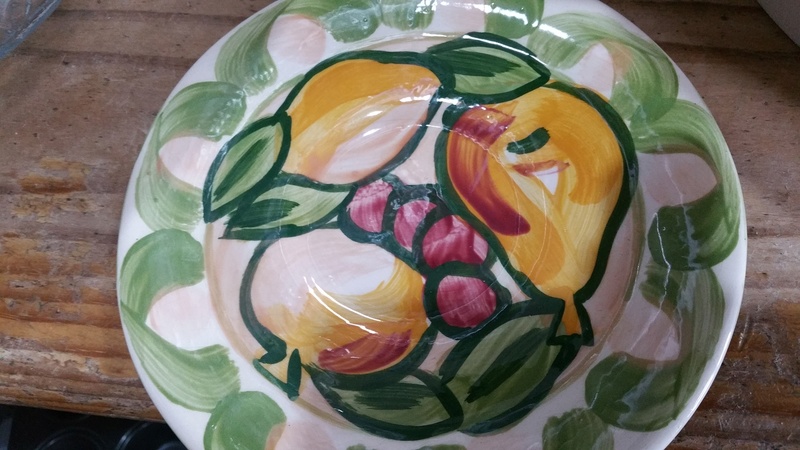 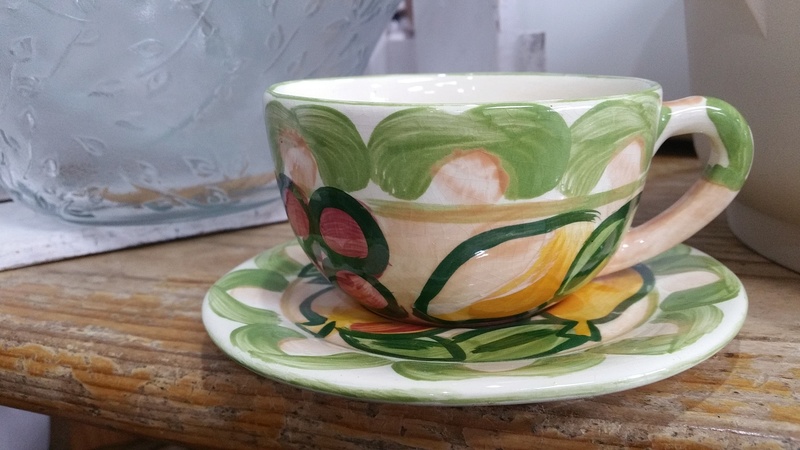 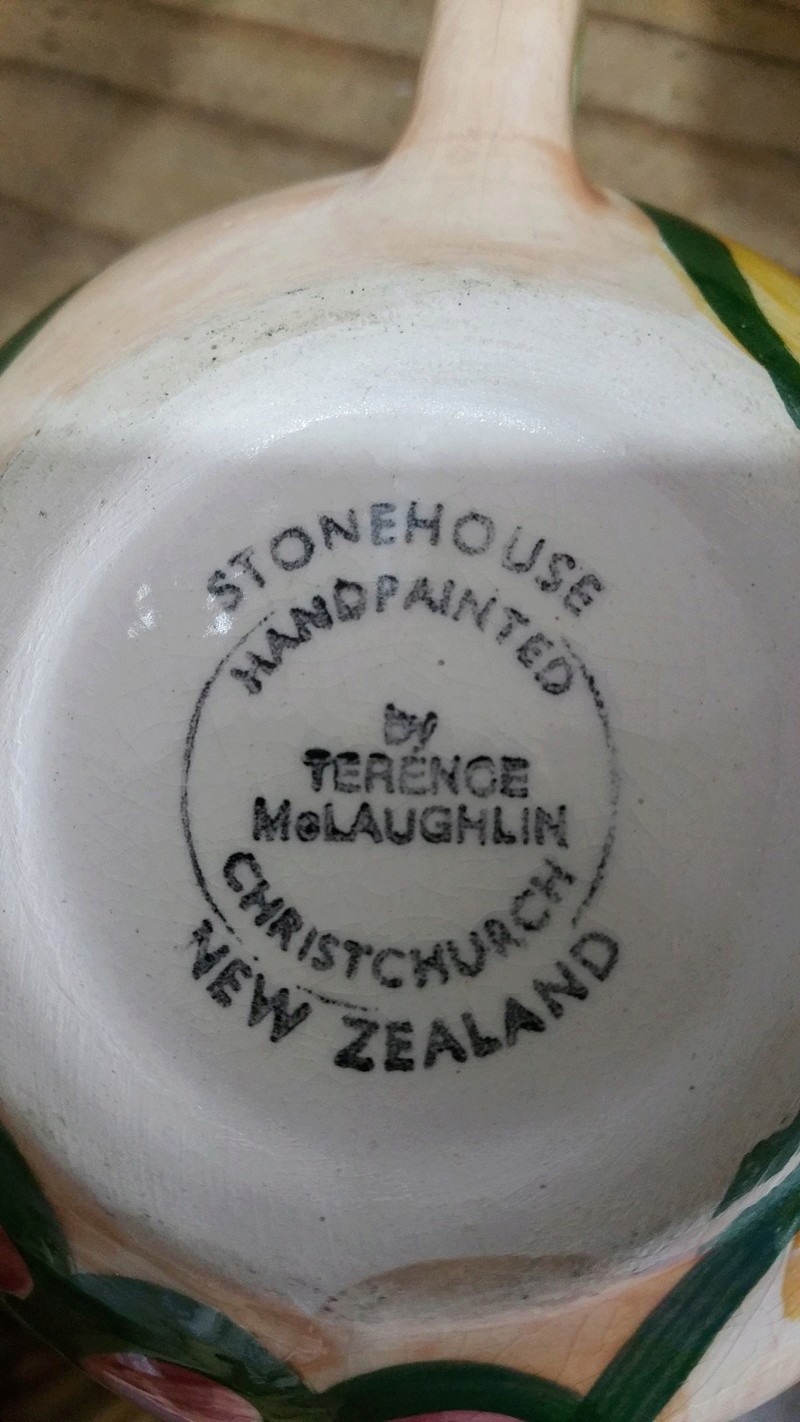