This pot has been on loan to the Auckland Museum for a while and has just come back to me - they are looking for better examples and this one is a bit odd and the glaze is slightly weathered looking. It is a round bowl with one side cut out.  Height 9.5 cm, width across top 15.5.  No markings apart from the sticker. If anyone wants it, let me know; it's yours for the price of postage. It cost me $1 at Rawene about 10 years ago. 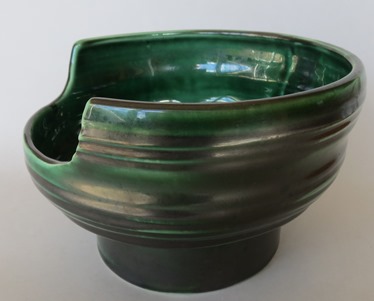 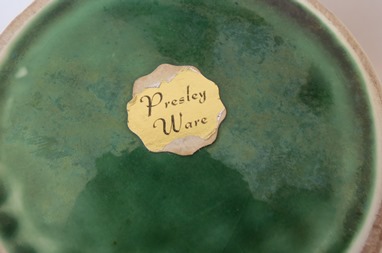 Thanks as we will put it into the Titian Gallery.
What to call it? How about Titian Ikebana Vase ??

Green pot thing doesn't sound quite right does it. Ikebana vase is fine by me.

Hello, If it is not too late. Yes, Please I would like this Ikebana vase in my collection!!!! How do I go about contacting you? May be you are down our way some time to pop in for a coffee and to have a look at my collection.

It's yours. Will be in touch tomorrow to sort out how to get it to you.

I have pondered where to post this as I am not qualified to decide who its maker is and in the end decided that a reply to Val's piece was best option.

I have no idea why I would have been looking at Val's "ikebana vase" a couple days ago but I instantly recognised the shape yesterday when I saw the same at Arkrights in Dargaville and pondered outlaying $7. Not my thing: I don't do vases.

So this morning when I saw this vase at Age Concern Garage sale it spoke to me. At first I thought it was same again, then I realised there was more to it. I had the iPad so I checked the Titian gallery: not there. I know this glaze though and I know it as a Titian glaze so the lack of marking on the base caused me no concern. $2 changed hands. 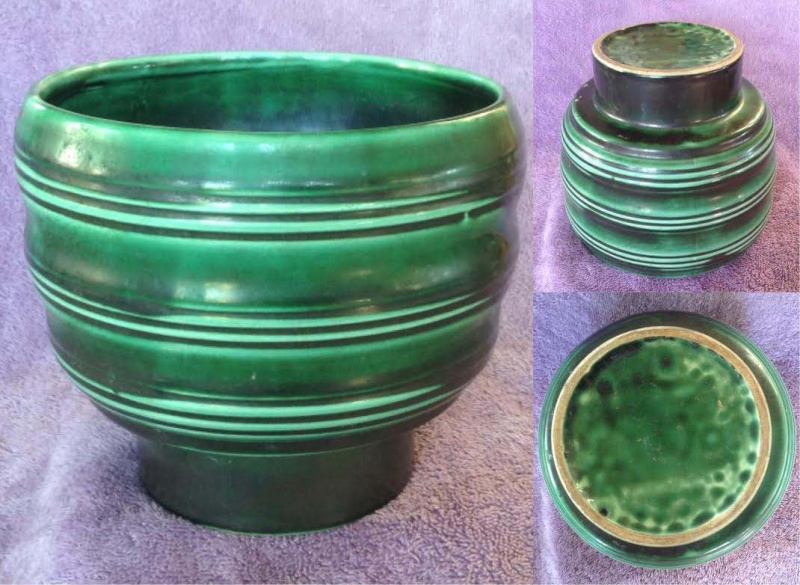 I couldn't locate Val's original post at the time but with mr google's help finally arrived to see her vase had a Presley Ware sticker and no other marking. 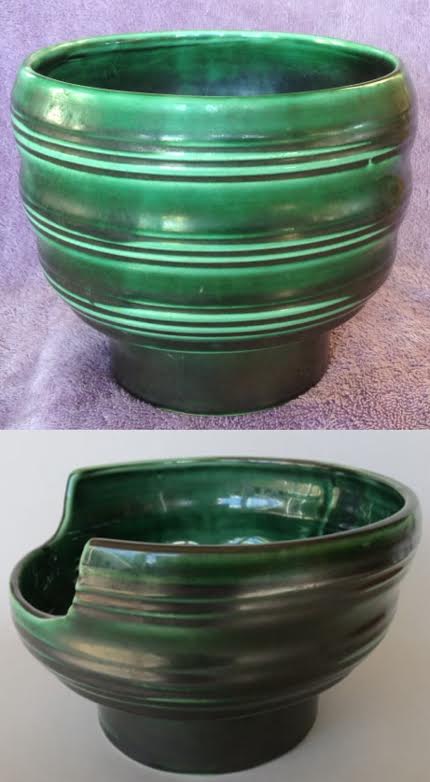 This appears to be the full vase shape from which Val's shape was cut.
The measurements work. The shape works.

This is as found, dirty, crazed on base but otherwise sound.

Later ...
Thanks for that vote of confidence Ev.

Jeremy there has been a black one the same floating around on Trademe for a few weeks, but I can't find it when I want to. If I see it again I will add a link.

Thank you !! It is always listed under Crown Lynn, but it says Titian Presley Ware. Probably gets more exposure that way. So you got yet another bargain Jeremy

Closer examination shows more extensive crazing.
I think of this one as a rescue rather than a bargain.