Commercial pottery with 'P' marks - who is this? Peter Lowry most likely

EDITS 26 June 2015. Earlier I attributed the shiny green and brown ware to Beach Artware (see below). New information leads me to believe it was made by Peter Lowry.

I have been picking up bits of nice shiny brown ware.. definitely made on a commercial scale, because there's lots around in a variety of shapes.  Some examples are marked with a hand-inscribed or hand-stamped 'P' but most are unmarked. The words applied to the canisters - tea, coffee etc are a distinguishing feature.  This ware is well made, with well fitting lids. It is possible some was hand-potted, though on some you can see a very faint mould mark.
Any ideas? I have wondered if the 'P' is Peter Beach from Beach Artware, (which became Kiln Craft etc), but the glazes don't quite match with anything that I am confident was made by him. Another possibility is Norm Parker of Parker Pottery. I hope someone can clear up this mystery for me. 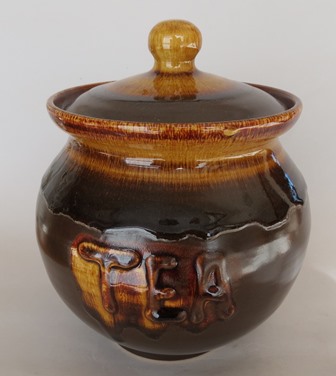 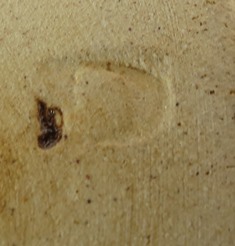 These jugs come in several sizes. This one is 15 cm tall. 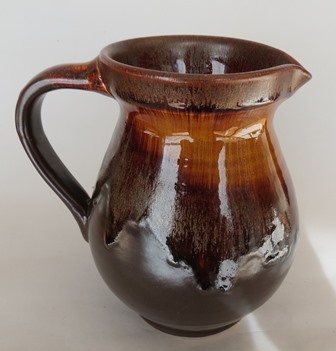 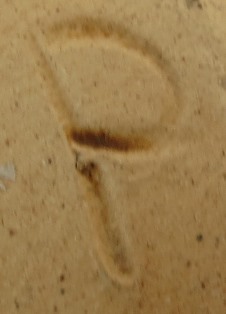 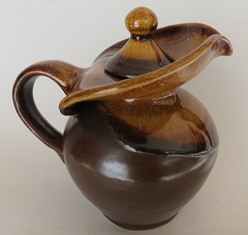 You also see the same ware in green. Spoon jar, about 8 cm. 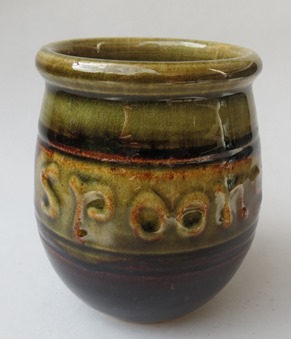 From left, mug definitely made by Peter Beach, 'P' jar, spice jar most likely from Beach/Kiln Craft/Clay Craft. The shiny golden top glazes are very similar, the base glaze of dark brown differs slightly.  (The 'P' glaze is matt, the others have a slightly crystalline effect). 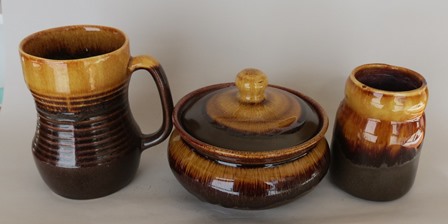 Val, I think the plain jug shape is very similar to later pieces by Clay Craft. 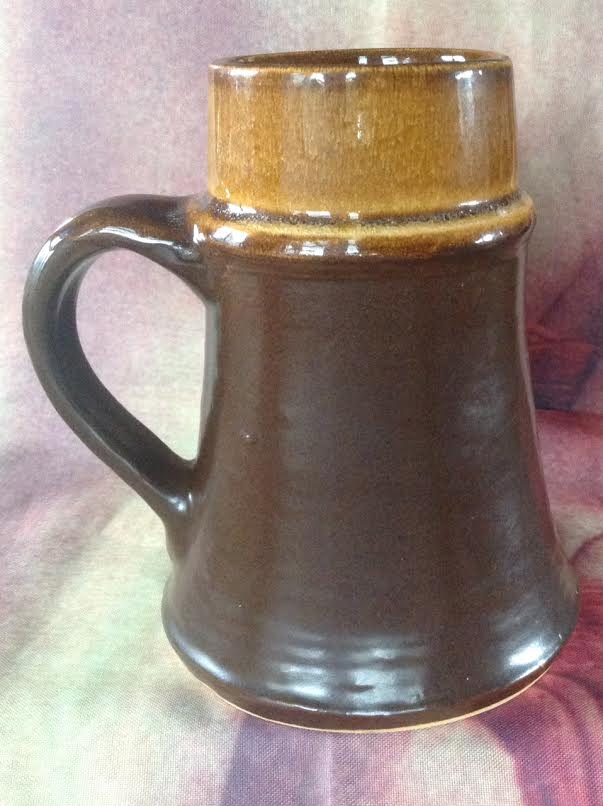 (The cat was on my towel so today's background is Botticelli's Venus.)

Val, there is a young lady at Tikipunga market who has a box of token jars by this maker that passed through the auction house last year. They have a variety of glazes, and I will check them out tomorrow. Adriana gave me one with a lot of white on but I'm not sure where it is atm.

Also on forum somewhere is a piece with this sort of writing that had a name underneath: I suspect a Hobby Ceramics piece.

I have been a bit more cavalier in attributing this to Beach et al.
See more at :

Val, as I was finishing up I noticed in the gallery slide show  that the knob on your blue Clay Craft tea pot is similar to all those above and that of the cane handled teapot in my topic, linked above.

Last edited by Jeremy Ashford on Sat 10 May - 23:27; edited 4 times in total (Reason for editing : Afterthoughts)

This looks to be the same ware in blue. No marks. Looks like the Clay Craft group?? 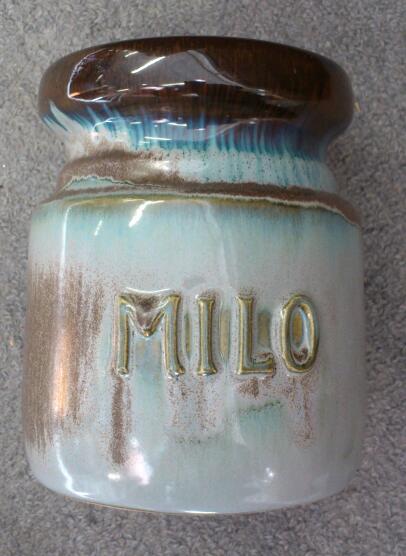 Mike, that one is definitely a Traditional, KilnCraft, Clay Craft shape.

And it's a Clay Craft glaze.

I checked Tikipunga market this morning and found the token jars only in three colourways, yellow/brown, green, and this one: brown on white. 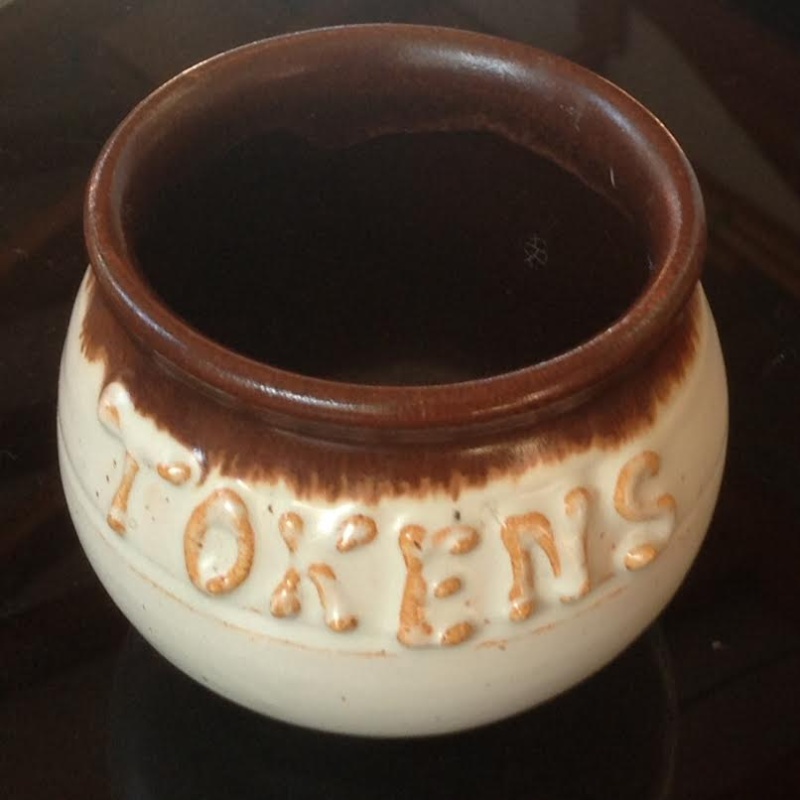 63mm H x 63 OD top x 44 base. Satin glaze.
Definitely the same maker, so a new glaze to look out for.
Gift from Adriana.

The bottom is completely flat. Similar on my tankard above.

In this thread the following are Lowrie
The whitish tokens jar
The brown tea jar and the brown jug that follows it
The squat lidded jar in the centre of the pic of three items.
The dragon bottle
The spoons pot

Not sure about the tankard.