Because I have been writing about jumbo saucers which I believe to be the 744 shape there is a matter I need to address:

I have written elsewhere about what I believe to be three different phases of tulip, but what is significant here is that what I believe to be an early tulip saucer (805) is pretty much the same outside diameter as the jumbo saucer (744, I say).
Here they are, and to avoid issues of measuring I have left the rule on the photos. 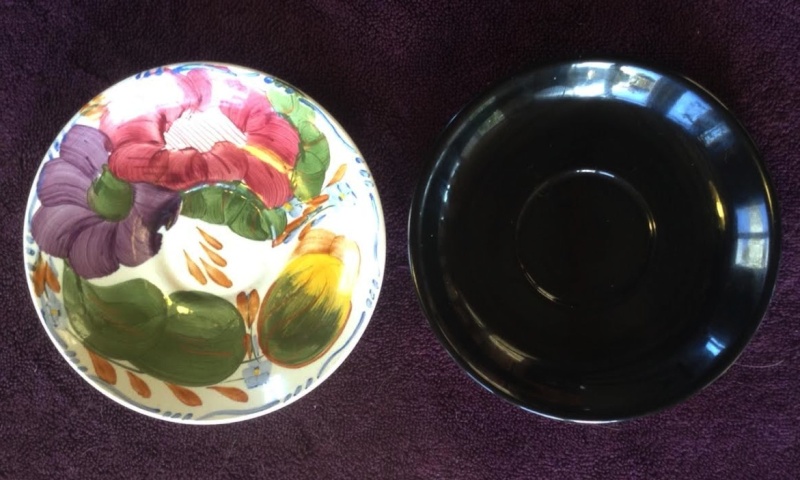 The "early cup" is bigger (except the base) and lighter than the 781 and the handle differs slightly: 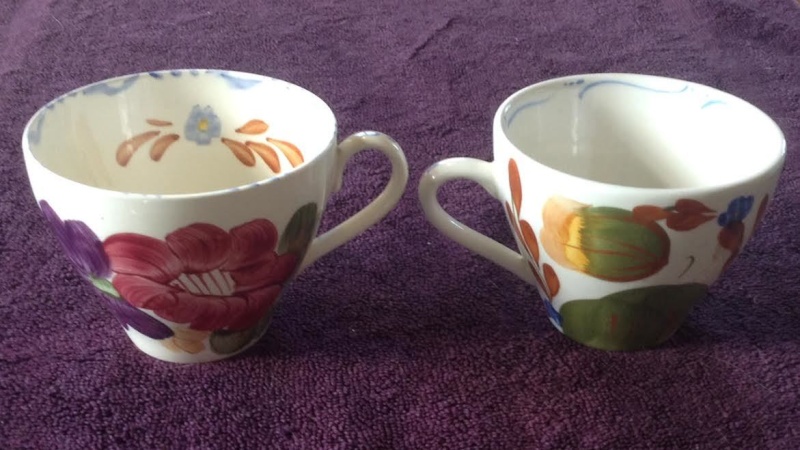 Here is the early cup showing the handle: 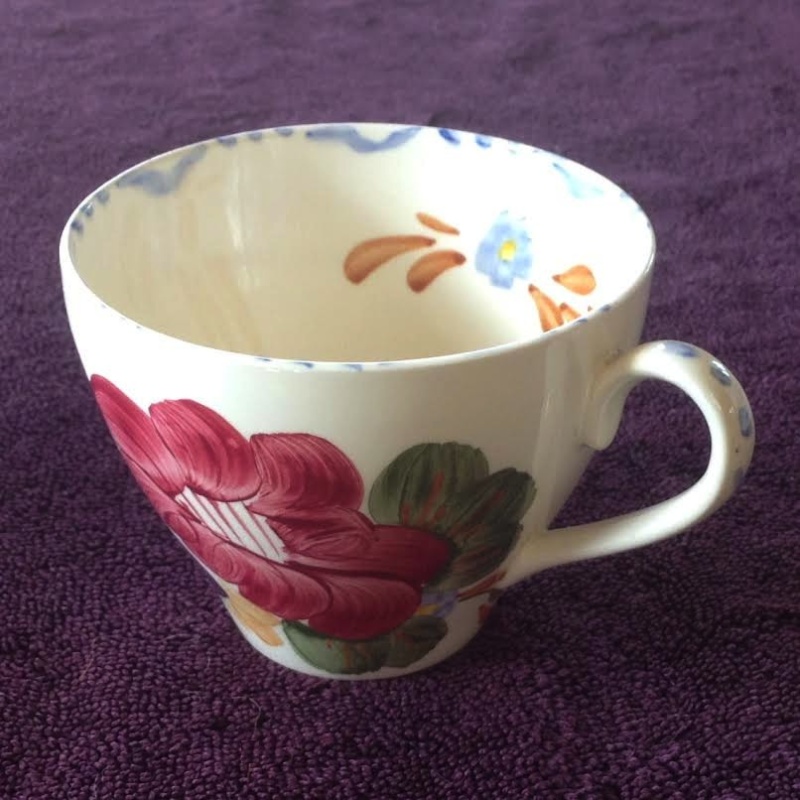 I have seen quite a few cups like this, usually with 1950s or early 1960s backstamps.
Val's Collectors Guide has quite a few. Naturally these larger and lighter-weight cups look better displayed on the matching saucers. This might be a good place to see some of them.


More here:
http://newzealandpottery.forumotion.net/t3067p15-which-cups-go-with-what-saucers#16741
(Since writing the "which cups..." topic I have had some doubts about the matter of handle height in relation to "impressed or raised mark" but it certainly holds true for all my Fleurette cups.)