(Maze mug photo to replace Anne's "sketch" in the gallery.
It's the very same mug. I just haven't got around to posting until now.) 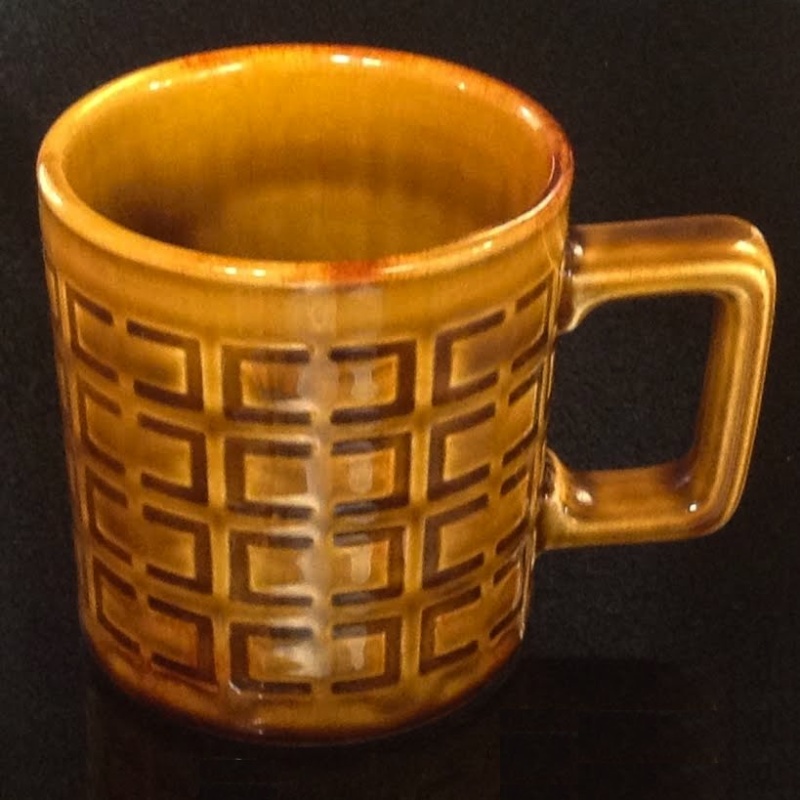 Curious that this one, so far down the numbering has a number with a dot.
Now that I look I see, some, but not all, of my mugs with numbers before this (Titian factory of course) have the dot too. This MAY indicate the first lot of moulds used?? ie the dot was dropped from later moulds. To get a better idea of this I'd have to check over my duplicates to see whether some with same number have dots and others do not. Another time.

I seem to recall reading about one of the modellers or mould makers talking about the dots but can't remember where.

Thanks Jeremy, I will add it to the Gallery tomorrow.

This mug has the same pattern as my vase 2095 (which also has a dot after the number for reasons unknown).

Surprise surprise: it's a "Maze Vase"!

Date is four days after the mug.

Later...
I just had a closer look and saw that it is not just the size that is different:
the individual boxes are formed from "U" or "C" shapes in the mug and "L" shapes in the vase.