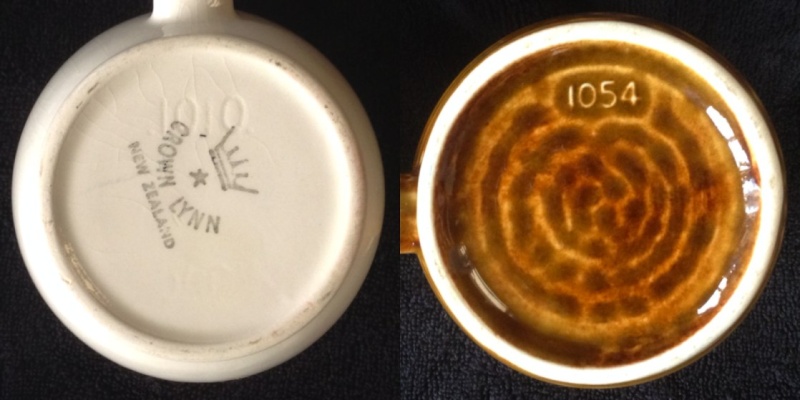 As this example has honey glaze it was probably made at Titian.

For examples of 1054 made at Luke Adams see:
https://www.newzealandpottery.net/t5320-tankards-in-two-sizes-courtesy-of-fi-in-lucow-basalt-and-possibly-homestead-decor-123#19977
Well at least we know the left one is Adams because of the Lucow glaze;
the jury is still out on the green-looking one. 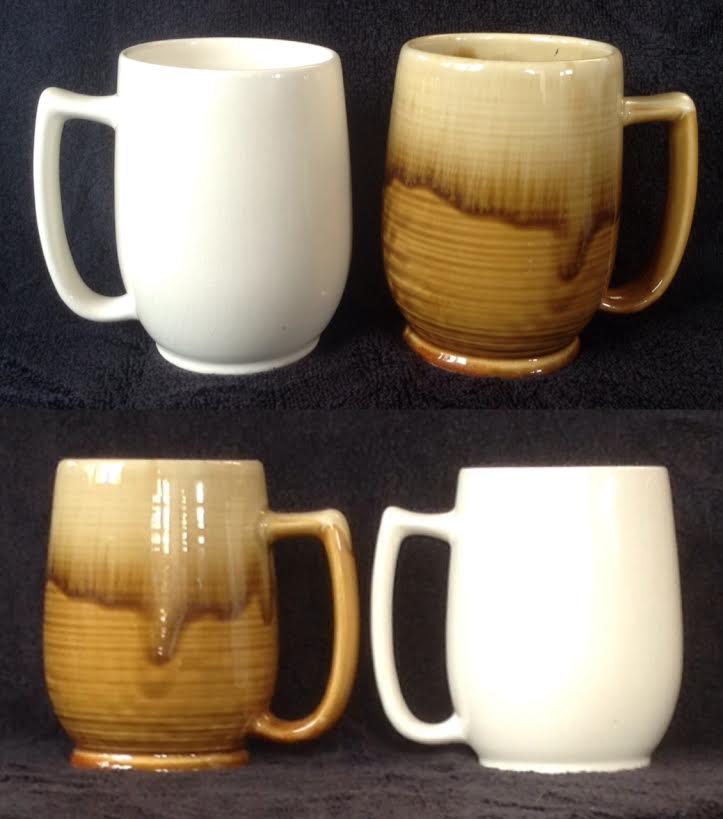 I've changed the top (topic) title to reflect this post. 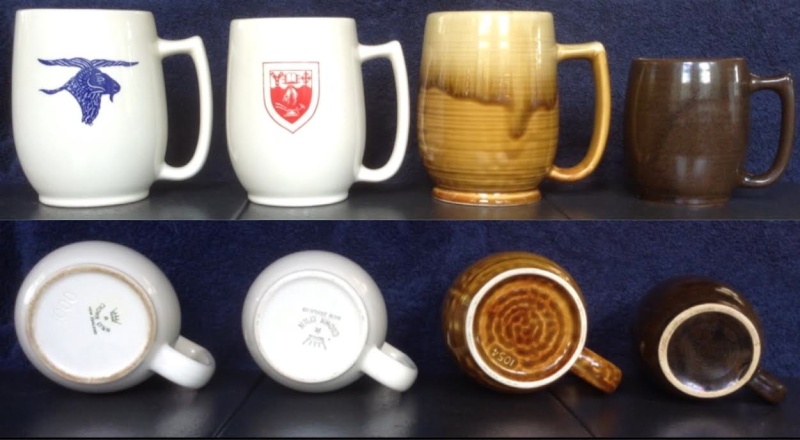 I believe all but far right (1044) were made at the Titian factory, although the 1054 (second from right) was originally also made at Luke Adams.

As can be seen from the photo the two left differ slightly in size. The 1054 is a close match but has the bands or rings typical of the mugs made at Luke Adams and a beefed up footring, perhaps a slightly different handle. The 1044 is similar to the 1054 but much smaller.

---------
14/4/15
I picked up a couple of 1054s in Lucow today at John St Traders.
A quick comparison of the Luke Adams (Lucow) and Titian (honey glaze) mugs shows that the are the same height but the Titian mould makers have beefed up the footring with the result that it has a wider diameter. Measurements and comparative photos later. Will review 1000, 1010, and the two 1054s.
Love the Lucow!