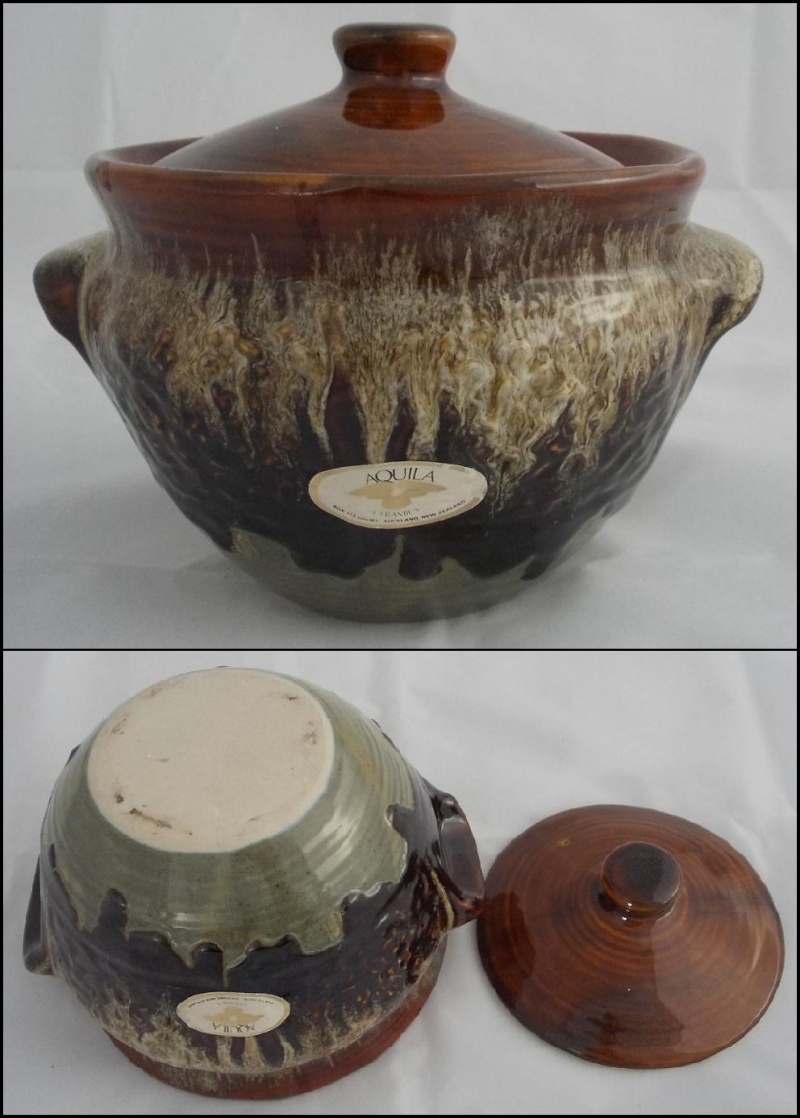 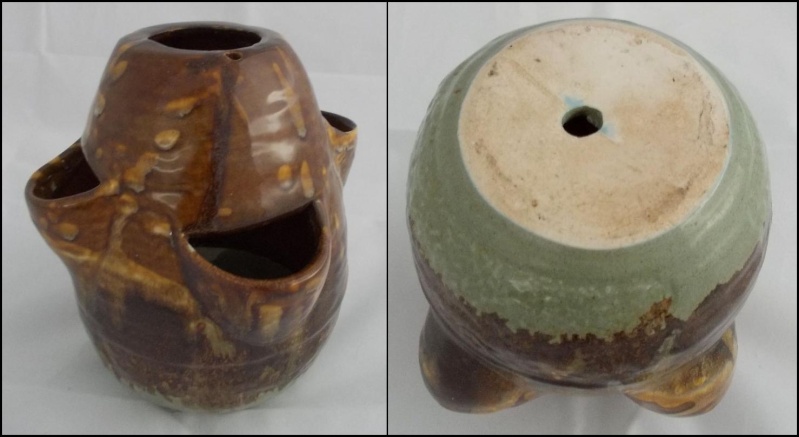 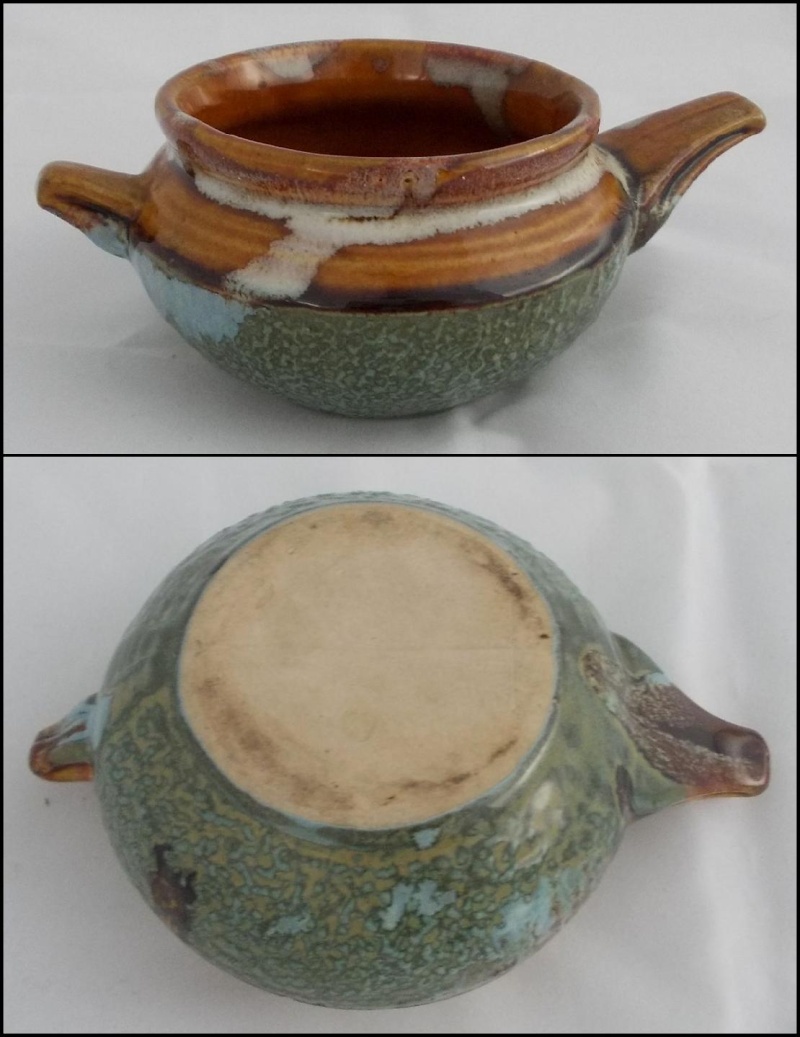 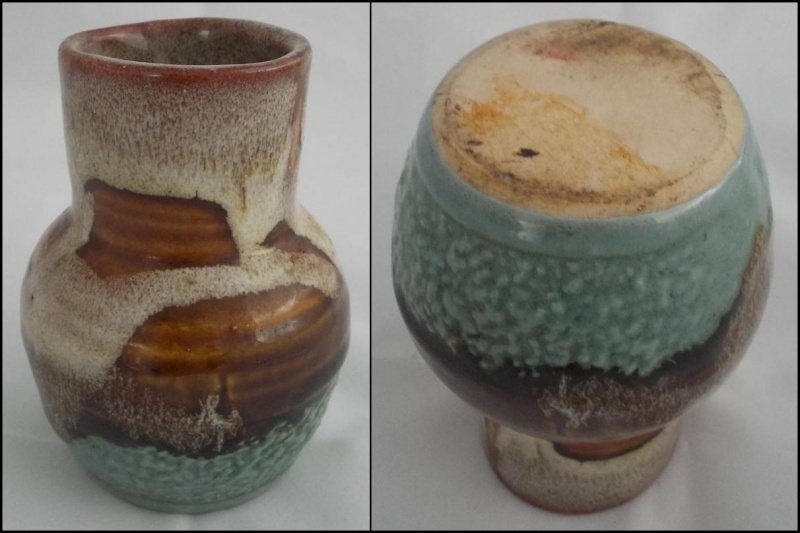 Hi there, can you please let me know if any of these need to go into the Aquila Gallery?  They look very familiar, but I don't have time to check it out. Thanks Ev

Hi, Ev I am pretty sure that they all have to go in the gallery. There are more to come soon.

Hey Haselnuss it's good to check the Orzel and Adelaar galleries as well as Aquila. I think that most if not all of these shapes are already in the Orzel gallery but not necessarily in this glaze combination. There is a smaller Orzel casserole than the one in the gallery - which may be the top one here.

I saw the shapes in the Orzel gallery but because these ones had the Aquila sticker and belong to the same series I thought it would be nice to have them in the gallery.

Yes well I have been pondering these photos and it brings up the point that Cam Brown pointed out, that Aquila and Adelaar were really Orzel and those other two brand names were used only for supply purposes.  That is to supply different outlets with the same item, but using a different name to Orzel. I have been deliberating this revelation for a while as I thought this may happen, where the same shapes would turn up using one of the other brand names.
My question is now .... should all three brand names be in the same Gallery under Orzel?
I really don't think we should squander gallery space on the same shapes over and over.
What do you think about this?

haselnuss I see some shapes that have the green/brown glaze and don't have the knobbly effect, so I won't add them except for the new flower/whatever pattern, which will go into the Orzel Gallery at this stage. We already have the 'wheel' pattern in the Orzel Gallery.   Thanks Ev

Ev, I think one of your reasons for keeping Orzel attached to Titian was that Titian DID use the name Adelaar before Crown Lynn took over (as read in Gail Henry) which leaves some confusion as to whether certain Adelaar pieces are then Titian or Orzel.

We now have the numbering better sorted and have a good idea whether a numbered piece is Titian, CL, or Orzel.

That said, my preference would be for two galleries, Titian and Orzel, with Orzel pieces named as Adelaar or Aquila in the title when there is a basemark or sticker to guide us.

The advantage of keeping a single Orzel gallery as a Titian album would be that it reduces the total number of galleries on the title page. To manage galleries on a single page other special galleries such as figurative works (egg cups, swans, etc?) could also be albums with a CL "figurative" gallery. Troubles with this system occur for Royal
Oak, which could be albums in a single gallery if not for the crossovers with CL, Titian etc.

One of my griefs with the galleries is that where there are over 48 photos pages are required and you have to load and scroll to get to the button for the next page. Could albums be used here too? Or is it possible to have page buttons at the top of the page too?

Hi Ev, No worries about not posting the pictures.

I like the Aquila gallery because the Brown's made more animal/other figures under the Aquila name and more table ware using the Orzel name. I have only seen a view Orzel vases and figurines.

May be we could have a Aquila figurine and vase gallery and a Orzel/Aquila table ware gallery.

There don't seem to be as many Adelaar pieces about so that could stay the same.

Jeremy Ashford wrote:
One of my griefs with the galleries is that where there are over 48 photos pages are required and you have to load and scroll to get to the button for the next page. Could albums be used here too? Or is it possible to have page buttons at the top of the page too?

The Four Digit Gallery 1000 to 1599 is a problem one as it goes across 7 pages and that is at the limit of 70+ pics a page. I could break that down into 100 increments or similar, so 6 sub pages. I can't make it so that you can click on each page at the top as the bottom is the Forumotion set format.

I'm too tired to follow the rest of your post.
I initially had Orzel/Adelaar/Aquila/Titian all in one Gallery, then I tried to separate them and got totally lost, but have managed to make separate Galleries again. It was the comment from Cam Brown that made me wonder if that was the correct thing to do or not.