I haven't found it yet but I need to look closely.  Hopefully someone can help. 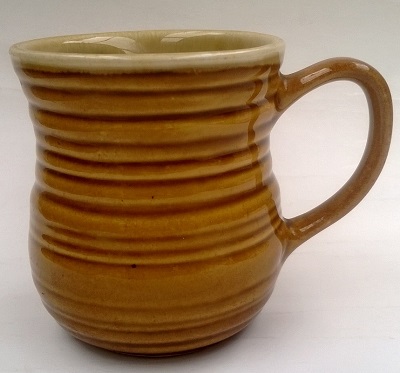 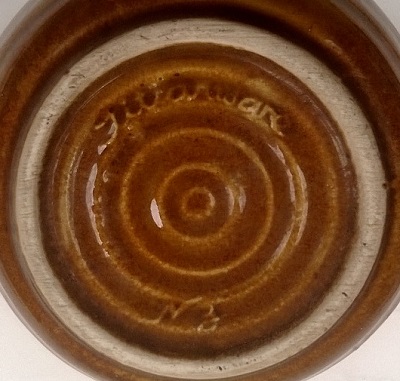 It's very close to the 1432 and I hope sunny will check it out, though I think it's a little different and could be one of the missing numbers around the 1432.

I have made a montage of this mug with the 1432 and I agree it is different. The handles don't match.

What it looks like to me is a 1387 torso mug with striations/bands/rings.

I have also montaged it with the 1387 at Portage and they appear to be the same basic shape, striations aside. I cannot post that pic for copyright reasons but check out the Portage photo here: http://www.nzmuseums.co.nz/account/3384/object/489027/Mug_-_bisque

Whether it is the 1387 torso mug or a later shape with bands added to the design is not for me to say.

Here's the 1387 image from the modellers' book. 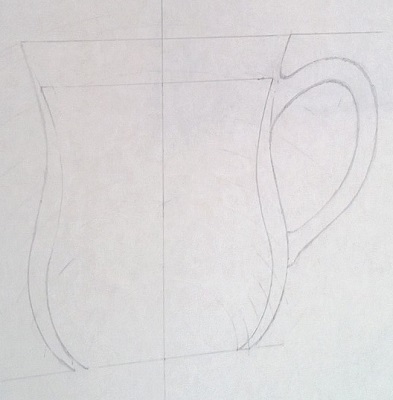 (I don't think I've seen this topic before: it was a random google find resulting from a search for "titian mug"!)

I miss posts too Jeremy, even though I am on here more often than not.

The ribs in the mug in the first post are very pronounced and would show up on a bisque piece, but the 1387 Portage mug doesn't show any ribbing...

1. From comparison with the Portage bisques I have noticed that some shapes lose their striations in remodelling, the one that comes to mind being the two finger mug 1064. The example Kat gave me has bands on the top half but the Portage bisque does not, indicating to me that the design was changed from the Luke Adams example such as my Basalt one to the later Titianware one that is the Portage's bisque, and also the example first posted here on the forum.

(I have two CL castware two finger mugs, one different from the other and neither of which is a match for the Portage bisque: both are from Luke Adams, one in Basalt, t'other in Lucow. The two-tone one on the forum is a match for Portage, and thus a Titianware version.)

2. Other castware shapes (well at least one) were made in plain and patterned versions with different numbers of course for each.

This mug is clearly from Titian, not from Luke Adams, so my first point does not apply specifically to it but my second does.

If this is not a 1387 then I believe it is a remodelling of the shape with the addition of bands, and as earlier numbers are taken would thus likely have a later number in the 1400s. The decision to make is is it a 1387 or a later 1400s variation.

Afterthought: I guess another scenario is that like my example for 1 above, even though both "1387"s come from Titian the bands may have appeared on an earlier version and been dropped as that look went out of fashion (as per the two finger one) and the survivor being the one retained by CL and now in the Portage collection.

Here's my Luke Adams 1064, left, and Hazlette's Titianware one, right. 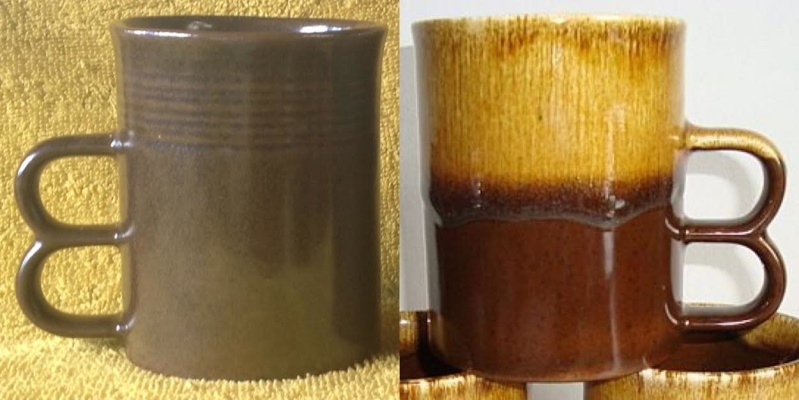 Both are 1064 but they are different.
Hazlette's later version matches the Portage one.:
http://www.nzmuseums.co.nz/account/3384/object/489016/Mug_-_bisque

And then there is my other one with the higher handle,
wider body and different ribs again:

I think now that the Lucow one will probably still be a 1064, just the earliest of three different versions.

I agree that the body shape is very similar excluding the deep ribbing. However I see differences in the handles. Could you compare them side by side sometime please Jeremy.

Ev, please take out this image when you have finished as part is copyright Portage.

I think the handles are the same shape but seen from different angles.

I'm working so can only reply quickly. I will do a comparison with the modellers one tomorrow. 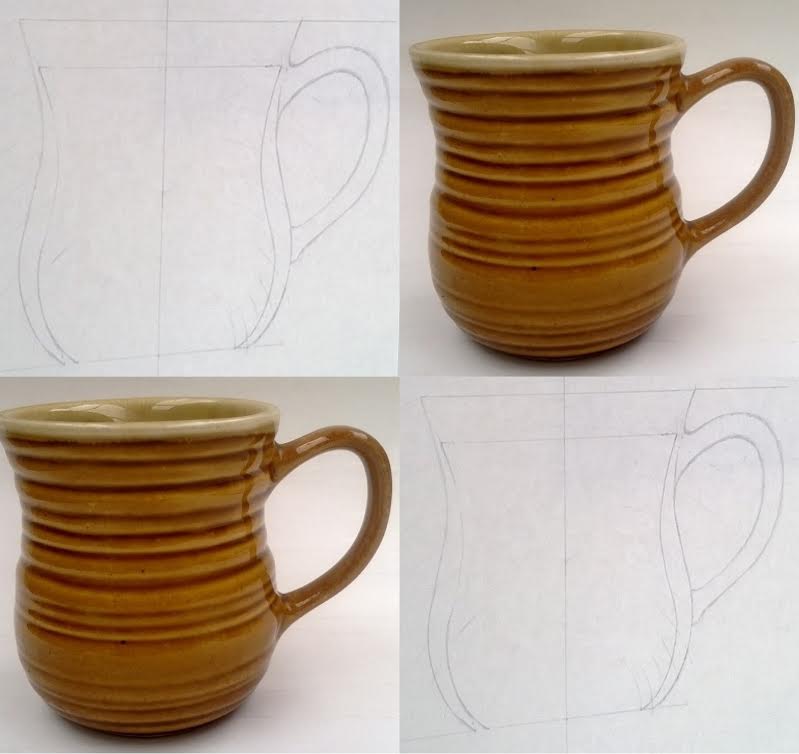 I sometimes do them as multiples like this because you get different viewpoints for comparison.

Unfortunately I don't have software to take out the distortion.
I think the handles are a match. With distortion removed the shape between handle and body will fill out. Note the position of the lower bend/deflection in the handles: same place

We really need others opinions as I see a different space inside the handles.
I will check the measurements of my one against the Portage one and will put it on my list to check out the one at the Portage.

So this is not conclusive enough as they have similar, but not the same cms.
I won't decide until I see the sample at the Portage. 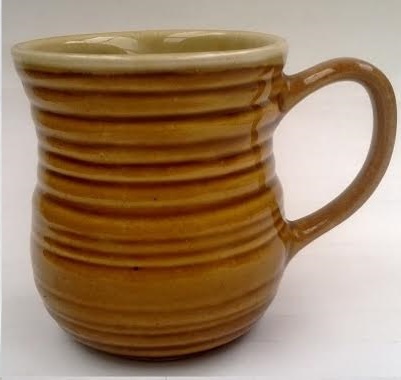 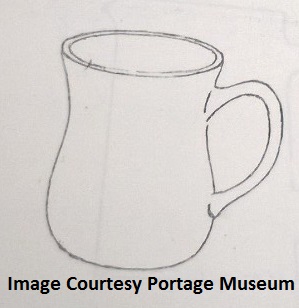 That's it I saw the Torso Mug again for this shape when I was loading the better image from the Portage Museum. So I'm putting this shape into the Gallery as a 1387 Torso Mug as it has been sitting on my computer desk all of this time and keeps nudging me to say it's a 1387 !!

This smooth sided 1387 torso mug is a match for the Portage bisque and Modellers drawing. 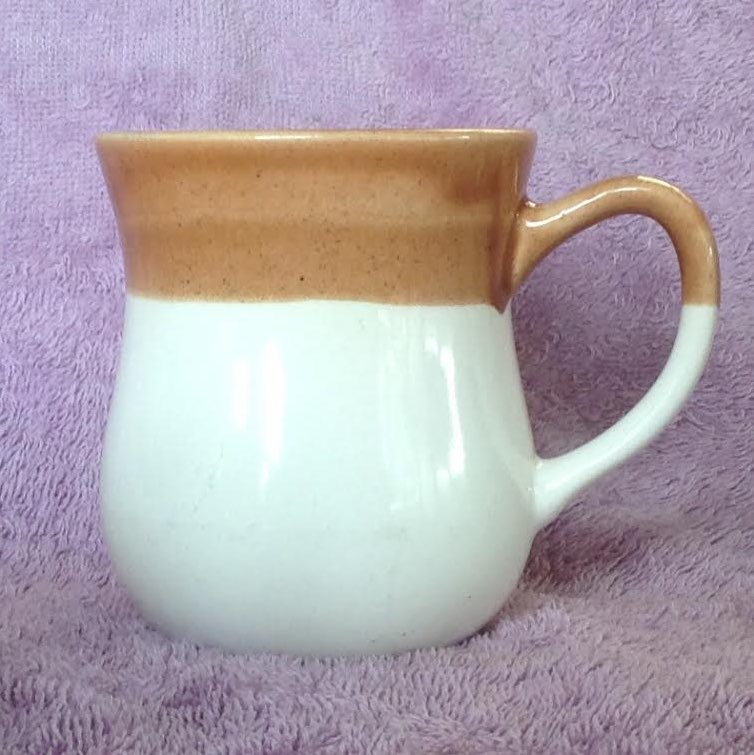 The banded version, the same as Ev's one is slightly shorter, with the height being reduced from above the handle, thus smaller OD top also. 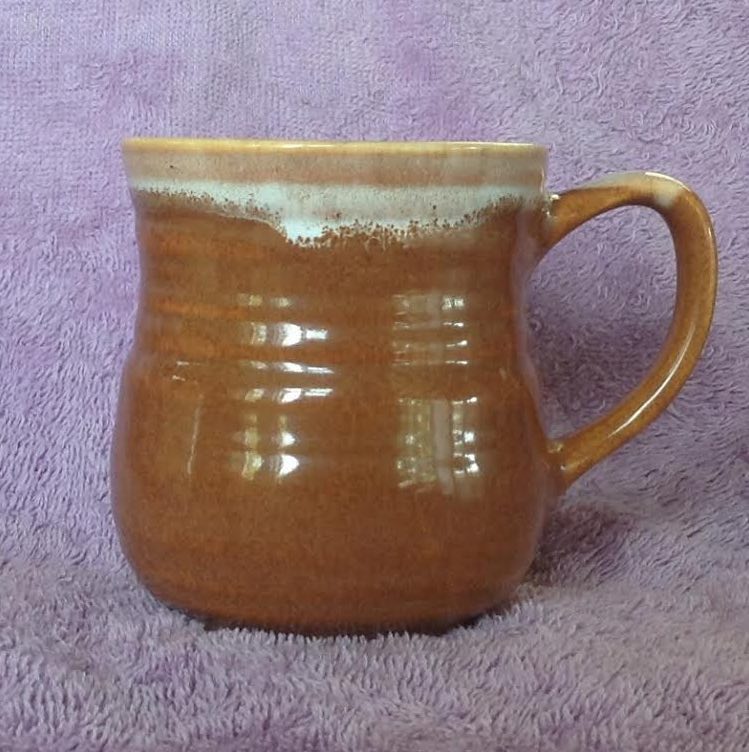 I have previously argued that Ev's banded version is the torso mug shape, but is it the same number, as is the case for banded and smooth 1064 double handle mugs, or a different number entirely? 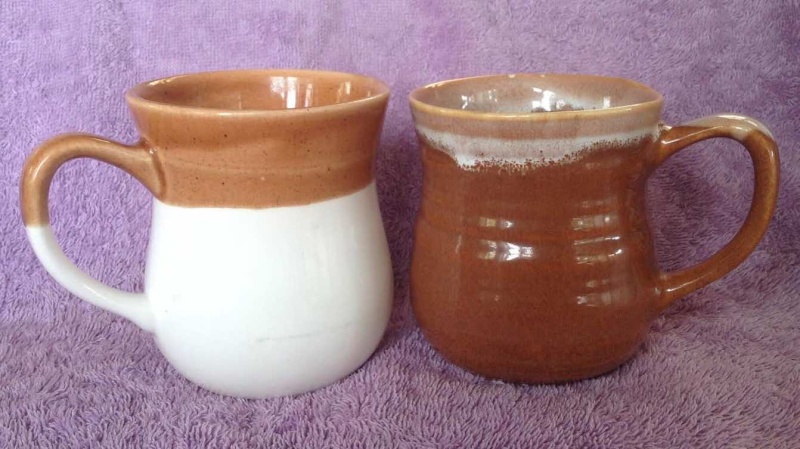 Tiny chip from my banded one: c'est la vie!
Any apparent difference in handle shape is poor posing on my part. Note the height difference.

Every now and then I find something like this: a Crown Lynn shape apparently made by someone else. Some appear to be from CL moulds, and others are perhaps the shape that the CL was modelled on. I have a non-CL 1029 shape but have not bothered buying others until this one. For sure it is the shape of the 1387 Torso Mug, both body and handle, but the footring tells me not made by CL. The size, actually bigger than the torso mug, is an indication that it is not made from a CL mould, so perhaps this mug was the model for the CL one. 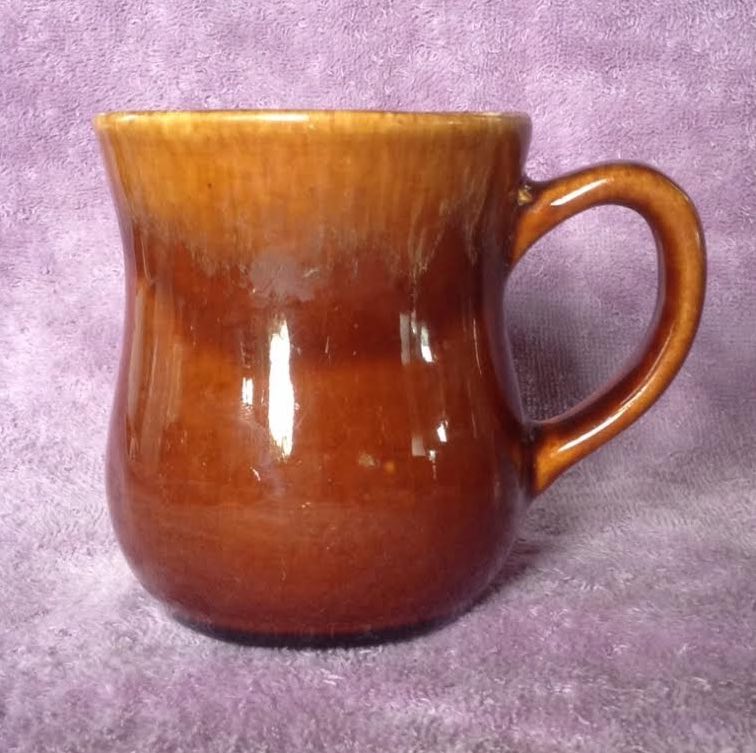 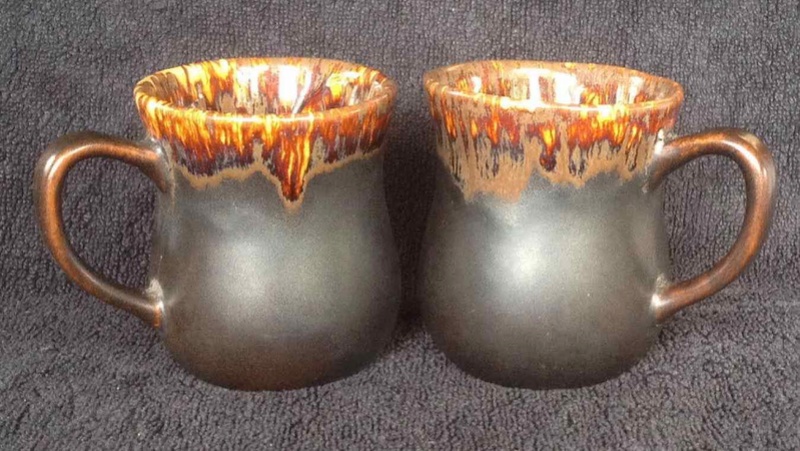 How special of you to work this out Jeremy!!!1
Thank you and who knows what the banded similar one that I have is ....?
I will add your photo to the Gallery