I still plan to visit Akke Tiemersma as I have seen some of her mugs and I like them.

In the meantime ... I picked up this Kereru on tm for $1.50.
Delighted that it arrived in the original "nest". 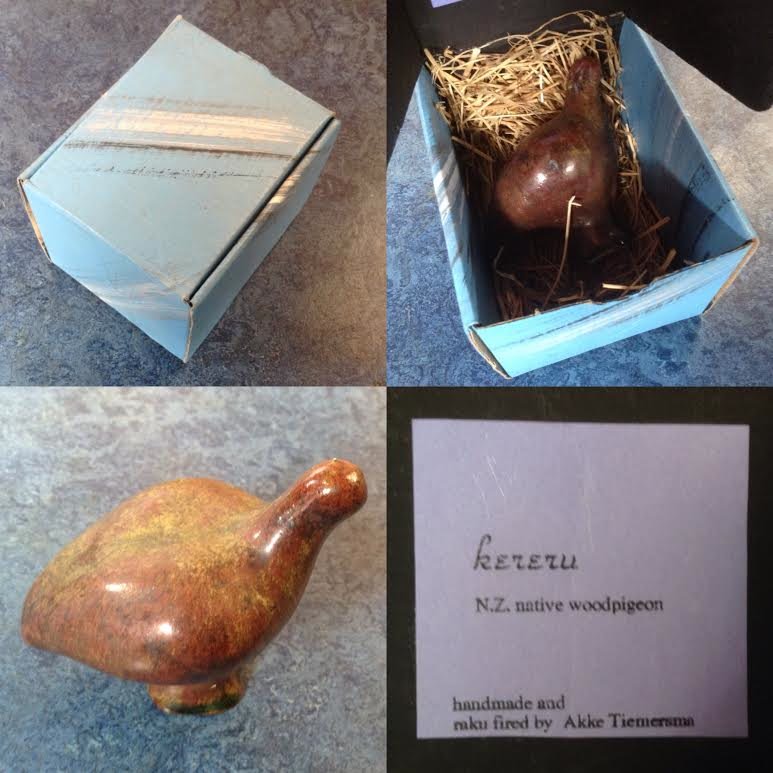 It has a hole in the base.
I think this is for putting it on a stick in the garden, but probably helped it in the kiln too.

We've just been to a friend's place just beyond Tutukaka to pick up Tomas after his New Year's party. Carolyn is a great fan of Akke's work. 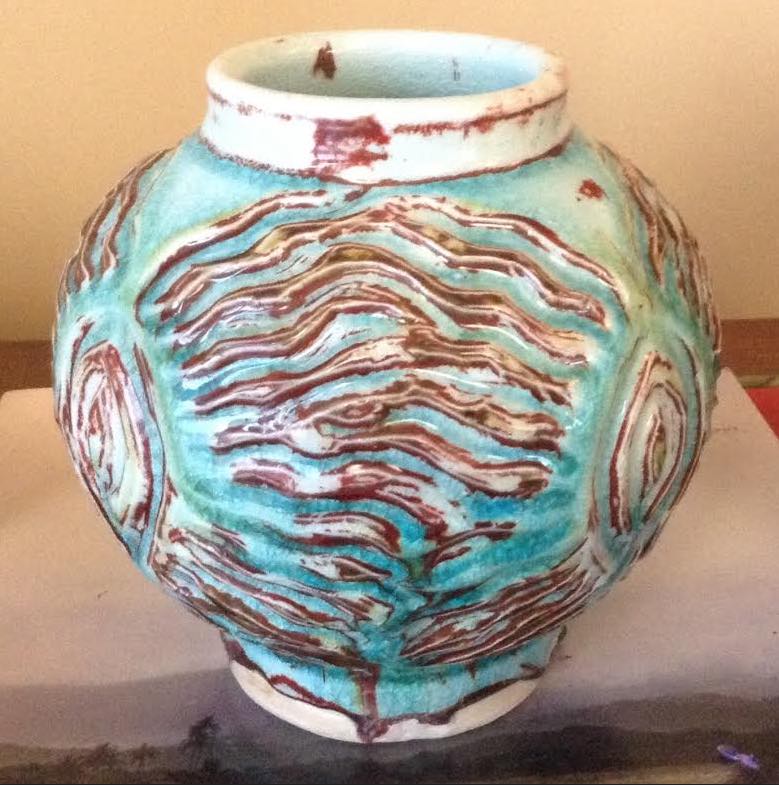 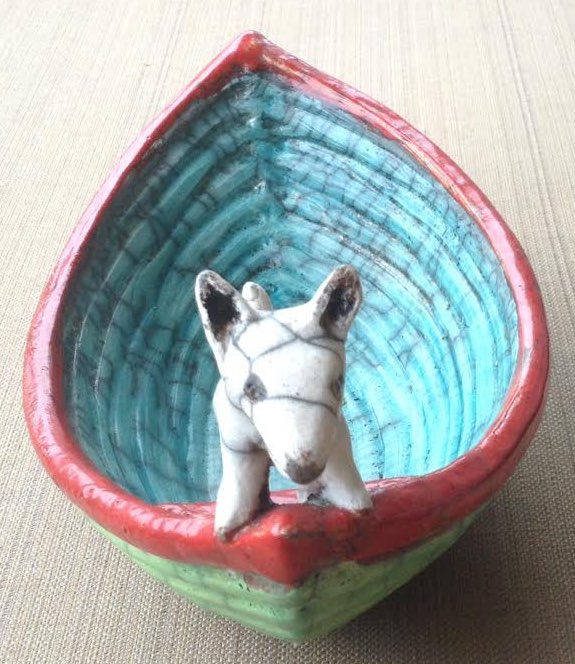 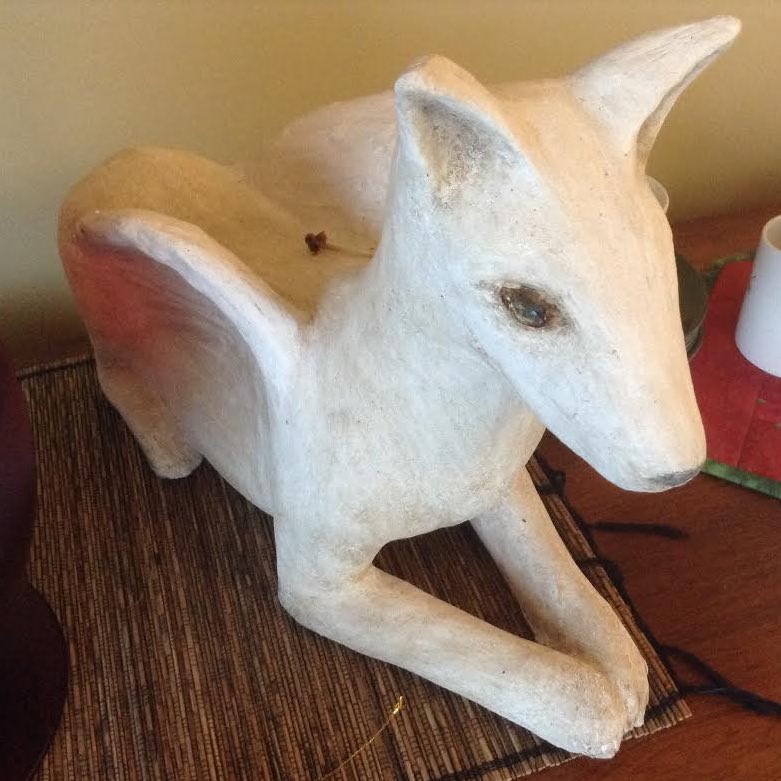 Angel Dog, quite big really (see the coffee cup to the right)

I didn't realise the Angel Dog was Akke's until Carolyn told me so.
We haven't made it to the studio yet but at least found where it is today.

I thought I had posted some of this already but cannot find it. Nicole and I have visited Akke a couple of times at her studio now, first to check out her wares, and second for her to view the Yvonne Rust goblets.
On the first visit I bought the green beaker and Nicole got the pin dish, which is really handy for dressing table nick-nacks. I just bought the brown iridescent beaker from Tuatara in central Whangarei yesterday because I think Akke may not be making them anymore. When I visited the Quarry last week to see Susie Rogers I noticed new work by Akke on display including white beakers one of which I will likely buy at some stage: I think they were porcelain but I forget.

beakers about 95mm H: pin dish is only about three inches diameter
.