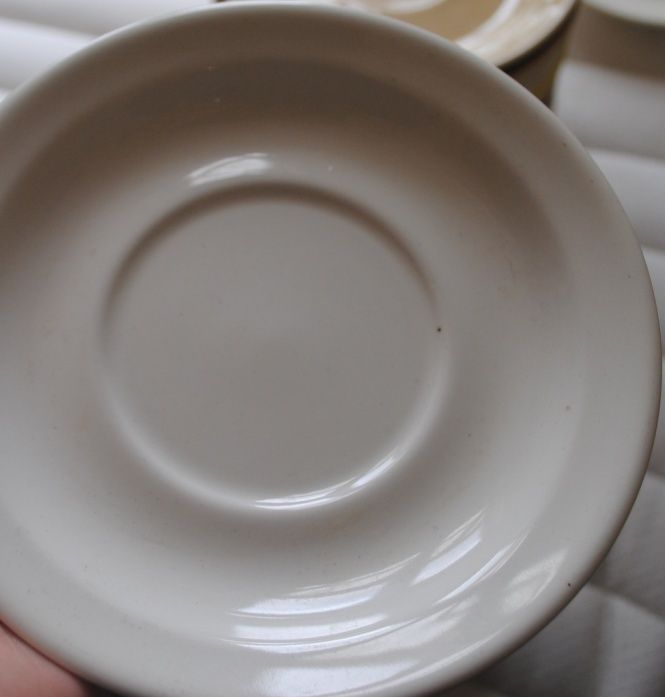 The Portage collection agrees with you however their marked stock control saucers tell the opposite story.

We have struggled a bit with the 3038s because of the two different handle shapes. Did one precede the other or were both in production at the same time?

The 4050 has a small cup well and goes with the 3066 Honey cup that was first made in 1984. I haven't checked out those other numbers yet as I'm trying to do other things atm.

That is not what the pattern book shows!! weird -
Ev shall I change it to match the Portage site?
Look at it another time as you are busy ATM with other stuff

Just leave it for now Janice as the Portage are a bit unreliable at times.
I will keep an eye out for more info to sort this out.

I guess it doesn't help that Crown Lynn kept changing their pairings!

This is from the same catalogue
https://www.newzealandpottery.net/t738-pampas-crown-lynn-tableware?highlight=pampas

So many Classique shapes it would be odd to have a 4050 among them rather than the 4062. If the Homestyle and Pampas are from the same brochure then surely the same saucer?

It is marked as 4062 on the Homestyle display but there are no numbers on the Pampas photo.

Real surprise that the Classique cup is not included in those sets too. Perhaps it's too small. I actually like the combo they used. Not surprising really for someone who started out collecting Cook & Serve duos: it's a classic (Classique!) coupe saucer and coffee can, or would be if not for the flair at the top of the cup.

All this is not to say that the 4050 is not the saucer for the 3066 cup, just not in that range, as in that brochure, where the 3066 has been substituted for the expected 3061 Classique cup.

I typed up the numbers below the photo from the brochure and all of the Pampas shapes have a rim. Homestyle shapes don't have a rim.
I got lost with the rest of your post sorry Jeremy .....

I see now that while the uprights are the same in the two sets all the flatware is different: coupe for Homestyle and rimmed for Pampas.