» Is this a Barry Brickell?

Maybe at some point we will need to draw a distinction between Parker Pottery and Norm Parker sole trader... but meanwhile here is a casserole with the 'NP' mark. It is the same shape as the Parker Pottery casserole previously posted by Mike, but new glazes. I have a few other Parker-style items in the same sort of glaze, but this is the first one I have found with a mark. Thanks to Whangarei SPCA shop for allowing me to photograph this. 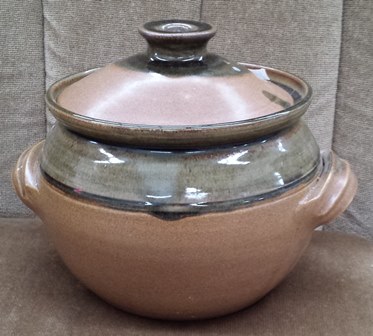