I have noticed quite a but of size variation in cups with the same shape number.
One factor could be the age of the cups.

I measured these variations in size of 754 shape cups at Jim's place yesterday.
I rushed into shooting the first three then realised there were more. (Three side by side is all I could fit on the "photo seat" and any more would have made it confusing.) so the other two follow. Four distinct sizes.

First three cups. All 754. In order of height not age. 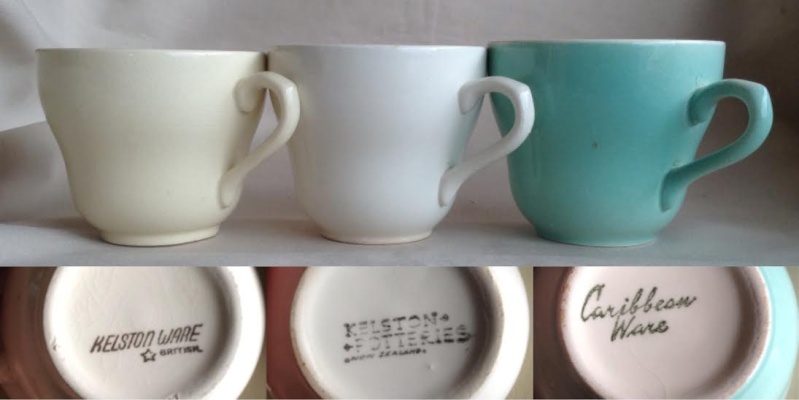 I didn't shoot the stamps on the other two but I noted them down.

I don't think Jim has any earlier 754s. I haven't measured my own cups.

Generally, from the 1960s cups with the same shape number became heavier in body. This can be seen with the 781 tulips: the impressed "New Zealand" mark came before the raised "Made in New Zealand" mark and the latter are heavier.
I have noted that elsewhere:
https://www.newzealandpottery.net/t3067p15-which-cups-go-with-what-saucers#16741

I do not know how that info relates to 754 cups.