I have found an article from 1951 (May issue of the Home and Building Magazine) that adds a detail about who the designer was of three jugs dating to the Paris ware oatmeal glaze period. 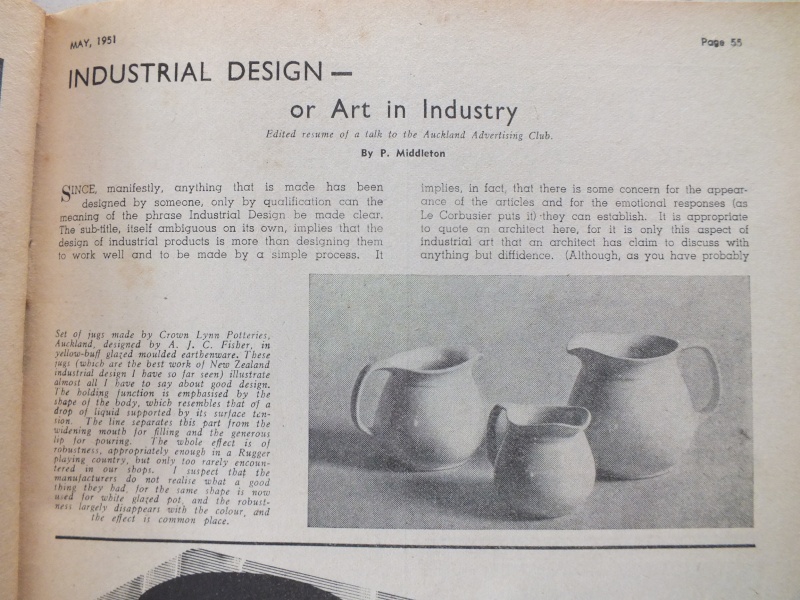 So who you might ask was A.J.C. Fisher? Turns out he was the principal of the Elam School of Fine Arts no less, which means these three early jugs have serious design credentials and, are not a mould 'borrowed' from an English pottery.

The reviewer, P. Middleton, records that by 1951 Crown Lynn were making these in the white glaze, which he seemed to think demeaned the form's robust design qualities.

An aside: A.J.C. Fisher is the man credited with recommending David Jenkin to Crown Lynn to be their first in-house designer. (See Douglas Lloyd Jenkins At Home: A Century of New Zealand Design, p. 106.

Re: Note on Designer of Early Crown Lynn Jugs

Wonderful information T&C. I have a small jug made in the yellowish clay and wondered what the time frame would be for it. Thanks for sharing!