Not sure where to find the orange and brown one, so a new topic.

This is the Titian mug I bought from Marcus on tm.

The "Titian" marking on the base indicates that it is not the greenware version, but the glaze is suggestive of Hobby Ceramics rather than Titian. I am familiar with the Hobby speckled glaze but not the pooled blue that can be seen here.

It is very well made and although quite light it is no lighter than I would expect of a mug made by Titian. Also, it has no date and initials on the base. I'd like to think that, if this was a Hobby piece rather than an actual Titian, then perhaps it was Chris Brown's own work! 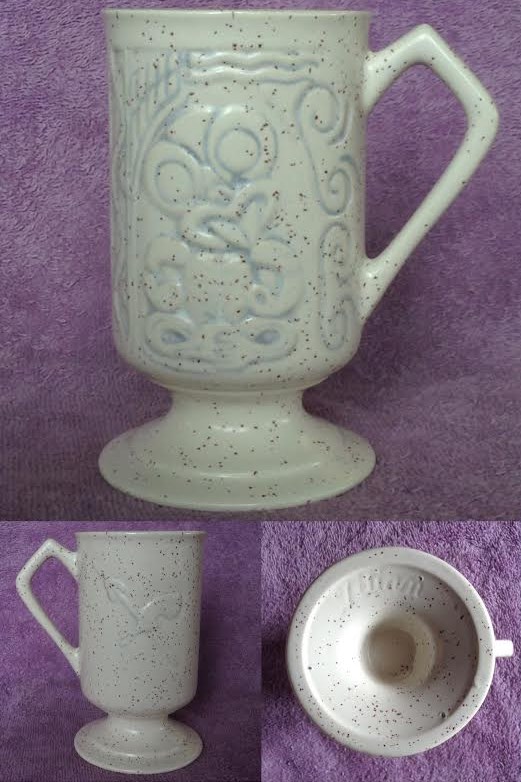