» Mystery M or W Mark from the Ferret

» More Mystery marks from the Ferret plus Lionel Thompson

» No need to tell you who these guys are, who made them? Muldoon and Rowling salt and peppers by Orzel

I bid early and bid big for these as you don't see old mugs from the "other" commercial potteries that often. I've missed out in the past for various reasons including having already spent a lot at the time (doh), deeper pocketed bidders (what can you do), and even had one auction pulled as the seller became aware of the potential value (and I have no idea what happened to that one).

So, it was a surprise to see this pair up for sale from different sellers in the same week, a surprise that I won both, and more of a surprise that the Stour Ware ended up being the cheaper of the two. (It didn't hurt that I hadn't bought anything for a while too.) 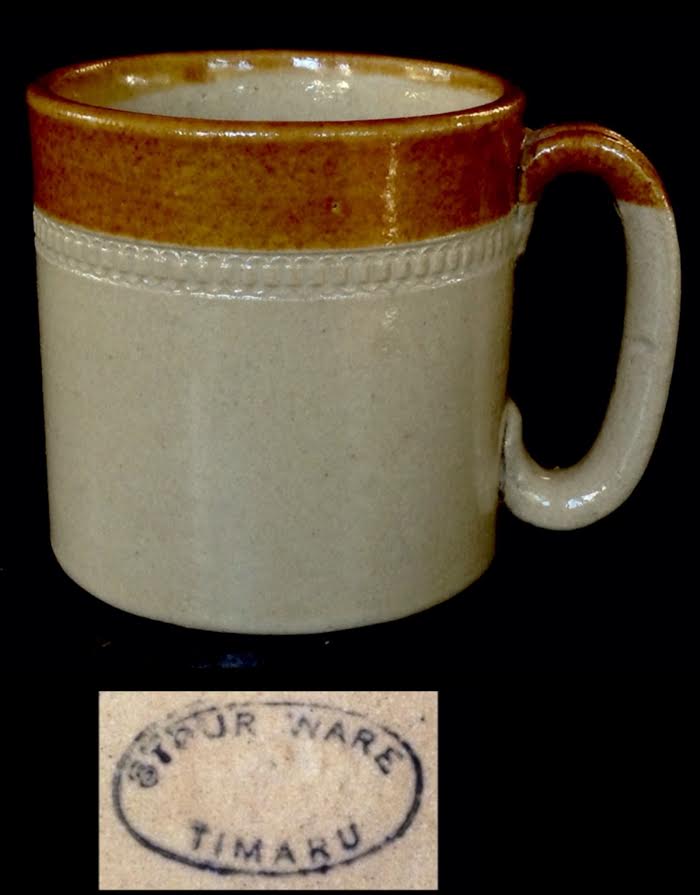 The Stour Ware mug was made by The South Canterbury Pottery and Mining Co. between 1935 and 1939 (in which year the company became Timaru Potteries).

(I had hoped to photograph a pair of Stour Ware crocks belonging to my friends Joss and Melissa, one of which has only recently lost its lid, on Saturday but got distracted! Another time.) 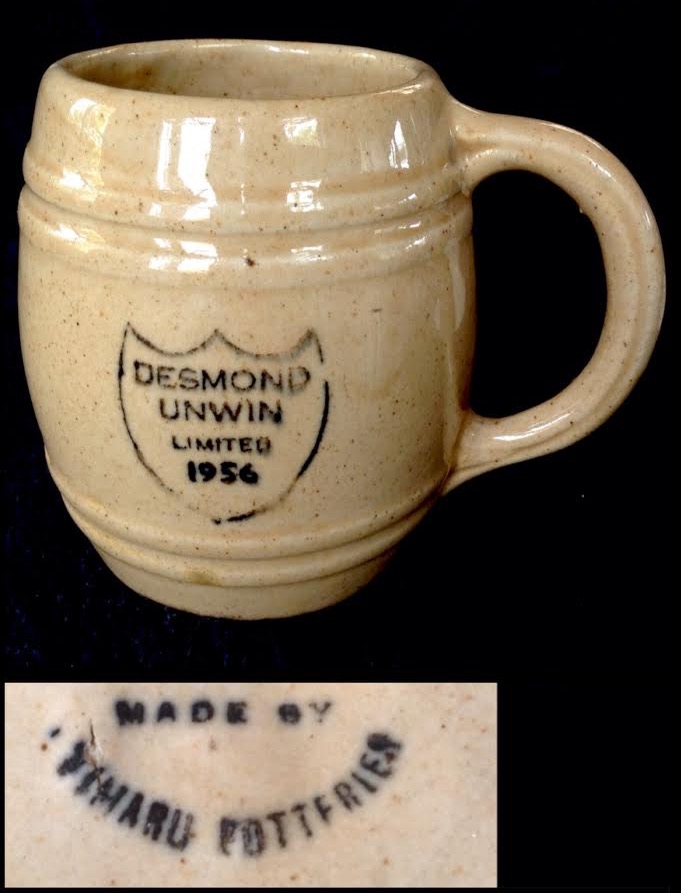 The Timaru Potteries mug is, generally speaking the less well made of the two considering the greater maturity of the pottery manufacturer, with glaze misses, and soft stamps but on the plus side the quality of the fettling is good. It appears to be clear glaze over speckled body, which sounds like stoneware rather than earthenware. I assume that this is the same Mt Somers clay as was used for Stour Ware.

Although I expect the Timaru Potteries mug is intrinsically less valuable (as it is the later) it is my favourite of the two. I have not yet got my head around appreciating the aesthetics of Stour Ware.

How odd that we don't have any stamps/marks in this Gallery previous to these two.

Ev, I did post another one with my bed warmer but the image is probably too small.

Here's another if you can't find better. 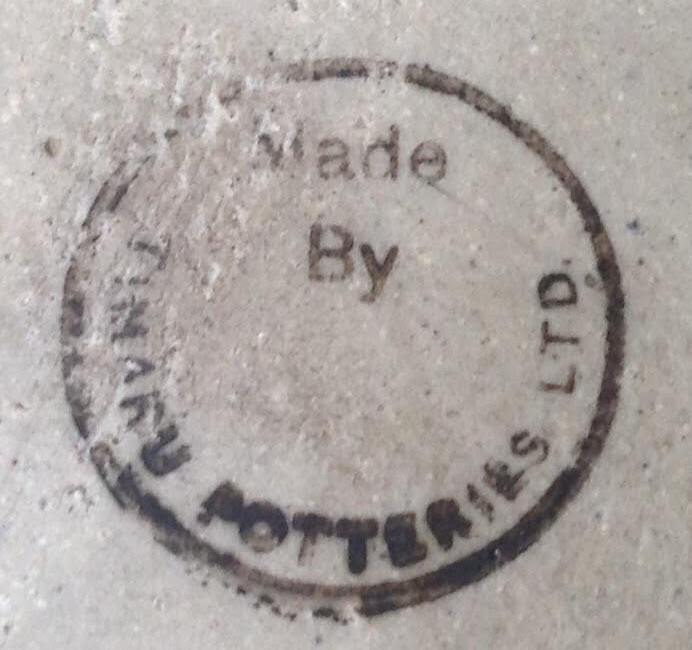 I think the addition of commercial pottery stamps to the galleries was a belated decision.  Some are in the potters marks gallery and some are in individual pottery galleries.
.