These two vases are from Christine Harris's "Memphis" series, which she first created in the days before she became part of the Studio Ceramics partnership.  She made these vases in all sorts of interesting patterns including a bold black and coloured design that I would give my eye teeth for. This pattern is called Monet. The base of both carries the standard Christine Harris mark from Studio Ceramics.  I have never seen another of the larger angular vases. There is also an even taller version; a blank was kindly donated by Studio Ceramics to the CL museum.

I have been pondering my collection of Christine Harris. Her work is very interesting - it has an element of vivid and slightly lunatic wildness that sets her apart from most other designers. 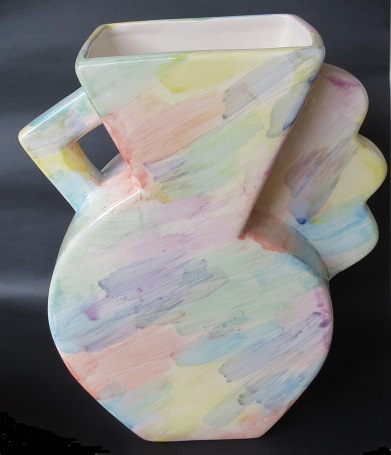 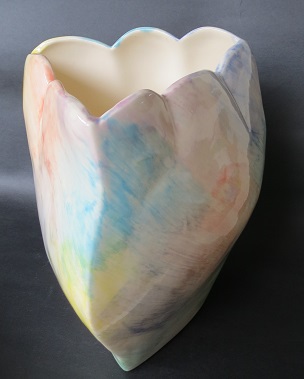 These are exceptional shapes and rarely seen.
Love the Monet likeness on them as the name suggests.

Here is another Christine Harris vase for the gallery. It is a giant jug, 27 cm tall in the popular blue/pink floral. It is unmarked but unmstakeably by Christine Harris when she was at Studio Ceramics.  I have also posted my current fave-rave CH lineup. From left, Striped Border bowl and mug, Stiletto vase, Blue/Pink floral large jug, Monet vases. BLISS! 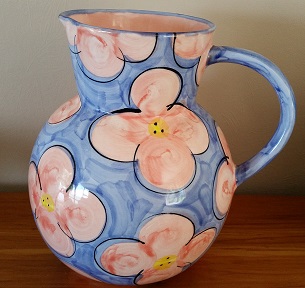