Globe
Get Your Own Visitor Globe!
Latest topics
» who is ES Te Aroha ?

» Who is the potter BH from Te Aroha please? Also ES Te Aroha

I am working on a blogpost re Christine Harris and Studio Ceramics... it will include these pics and more.

To my knowledge, Christine Harris began making the Floral patterned dinnerware around the mid to late 1980s.  At first she worked as alone, but in 1991 Christine joined forces with Malcolm Johnstone and established Studio Ceramics. The partnership was soon joined by by Chris Harvey.  Through the early 1990s, Studio Ceramics mass-produced Christine Harris ware, incluing vases and dinnerware. Variations on the Floral pattern were a runaway success, but a range of other patterns were also made.  Christine left Studio Ceramics in about 1995, but her designs were still made under licence for a number of years. 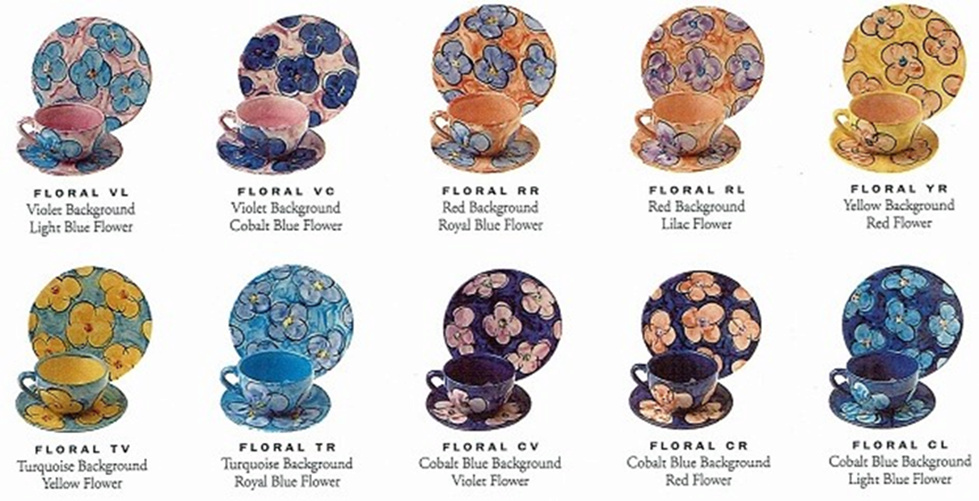 Other patterns made by Christine Harris at Studio Ceramics include
Striped border
Black Geometric
Pacifico
Monet
Portuguese
Dahlia Majolica
Plaid (made in very limited amounts)
Belize
Stiletto
Tamarillo
Waipiro Bay
Island Bay
Roses
Golden Queen
Poppy
Majolica Blue
There were also a number of one-off patterns made for Levene stores. I don't have names for them.
Christine Harris also made an impressive range of boldly shaped and coloured vases and other ornaments. These are mostly from the 1980s, before she and Malcolm Johnstone established Studio Ceramics. 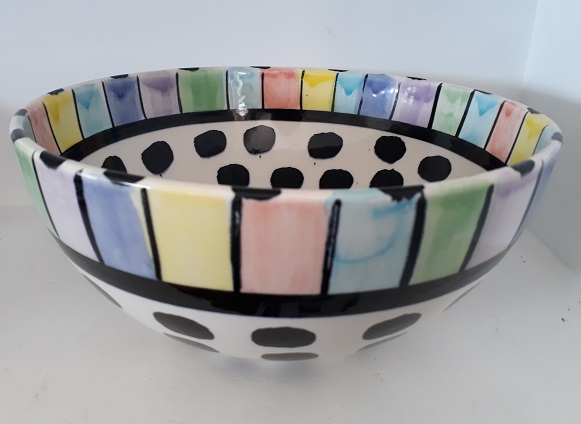 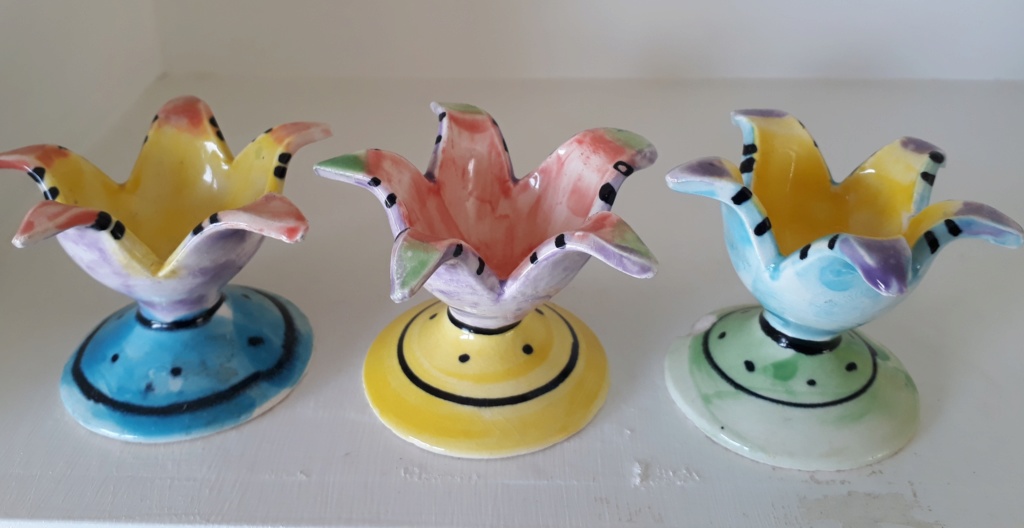 Below: Belize from a Christine Harris brochure 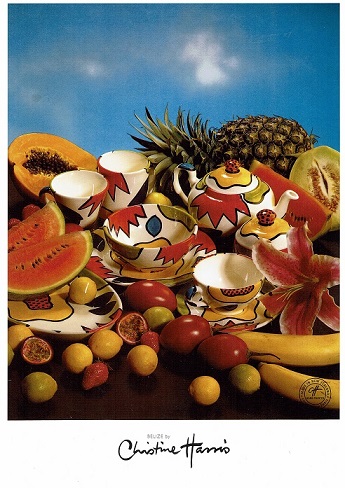 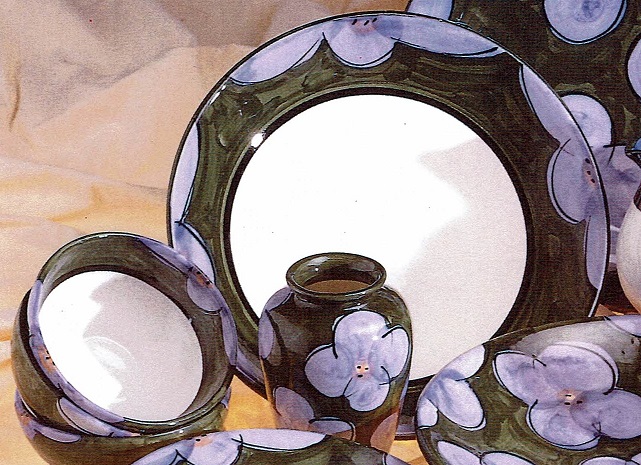 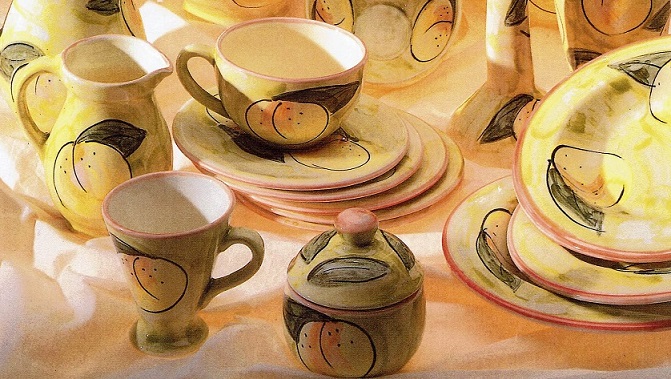 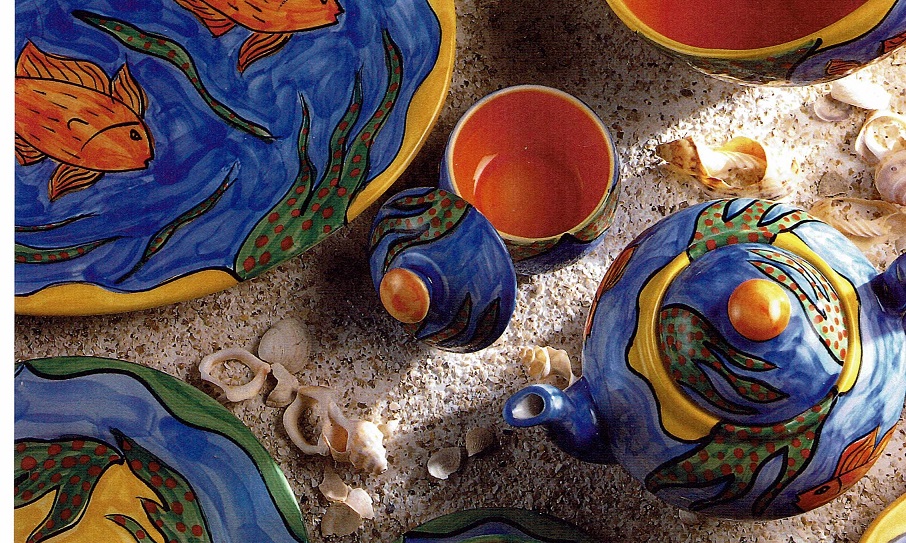 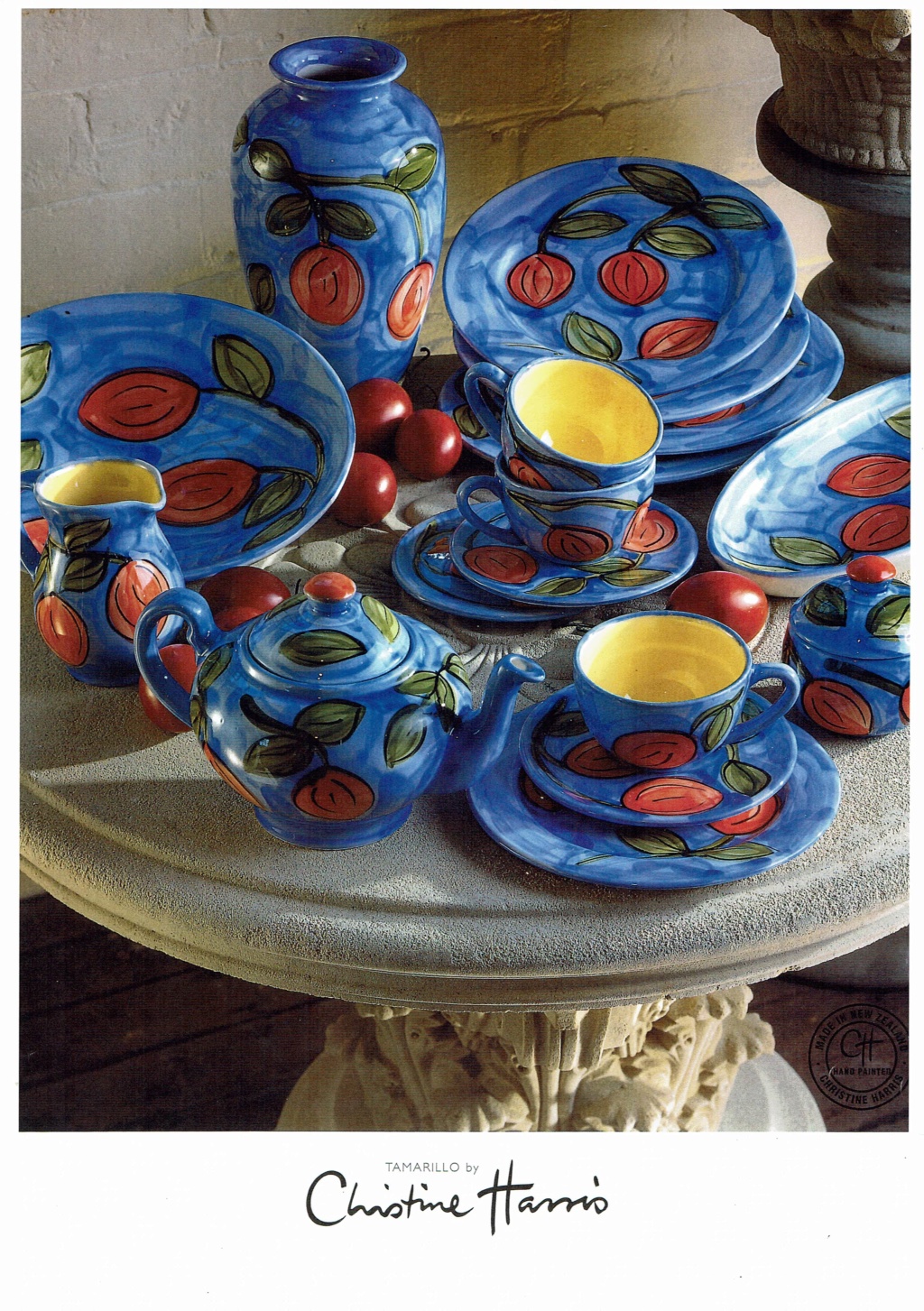 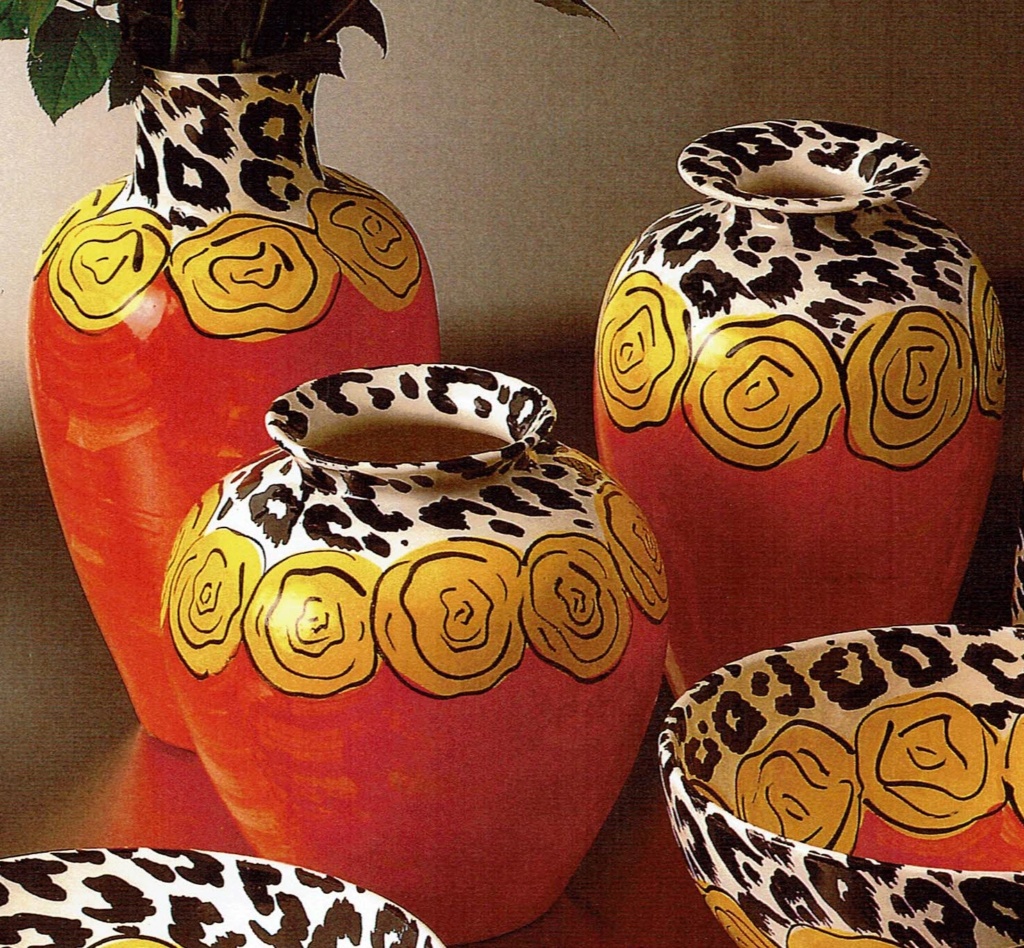 Wow....that is a very informative and interesting post.
I have a few of those patterns lurking around!!

Ev... I think I should look at the gallery and update the photos with the pattern name, but keep the shapes the order of the photos.. What you you think?
Order... pattern or shape?

Below is a very interesting message from Signal Red, who worked at Studio Ceramics for a long time.

Hi, I've just read your message and it brings back a lot of memories, We use to call Belize Fried Egg that was one of the patterns done at Waikaukau Rd . there was also a pattern called Kelp. Chris (Harvey) called it "help its kelp" It looked like the fish pattern with the seaweed no fish. I don't know if Chris ever told you about Brian he was from the IHC and made the Egg cups for many years. Christine spent a lot of time training him. The magazine called Next had a few articles. One was a picture of Christine at the old Factory standing in front of the kiln. I set up the kiln.
Hope thats some help.

Yes this is Kelp I would say this design is pre 2001 as I have catalogues from 2001 on woulds and they do not have any CH in them but that don't mean that the vase was painted before that time all CH has the CH decal except if it was a second.

Val.  Do you know the name of this pattern? TIA 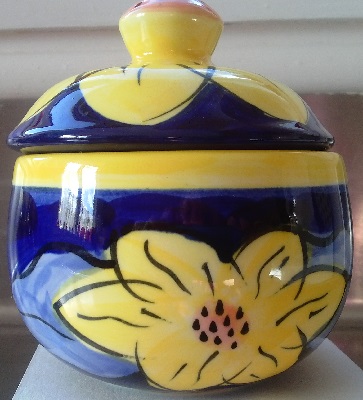