Globe
Get Your Own Visitor Globe!
Latest topics
» Crown Lynn Philippines Side Plate for Gallery

» Morris & James - Platter with lemons and tomatoes with E mark

For gallery Kevin Kilsby + a link to his website

For gallery Kevin Kilsby + a link to his website

I am so happy to see a Kevin Kilsby gallery... I went to see him a couple of weeks ago and I was most impressed by the range of his work. I was familiar with the colourful cartoon ware which he is best known for, but he is also an art potter.  He began potting in the late 1980s, but his lovely art pieces didn't make a living.  He discovered that there was a market for his bright cheery cartoon-style ware, so that is what he has concentrated on for the past couple of decades. He told me that his pukekos are by far his most consistent seller, also he has made cartoon cat ware for decades. He employs various artists and slipcasters to help him keep up with production.
These days he is slowing down a bit and has rediscovered a love of nature - his new work is all about leaves and fish. I will post a few pics when I have his permission, or meanwhile you can look on his website.

Here are some pics I took in his house.  They are things he has made over the years. 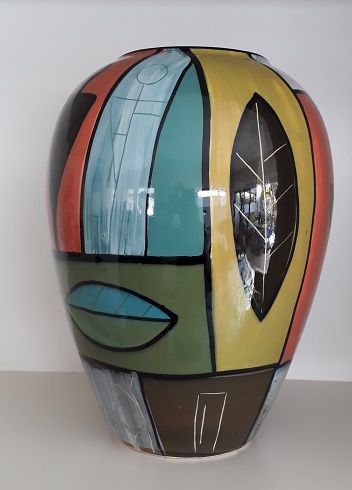 Below is a Studio Ceramics blank which he decorated 'because I wanted a jug' - I so respect that talent! 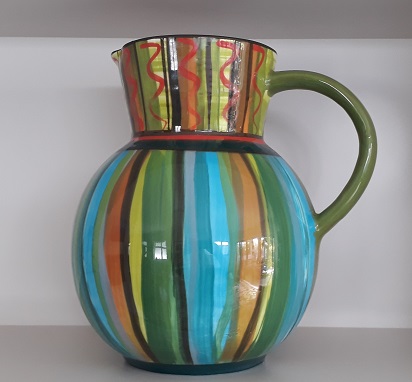 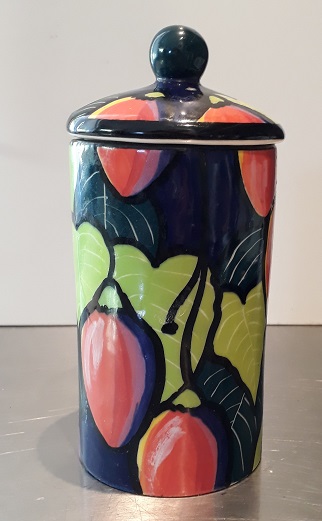 Below a couple of his early art pieces 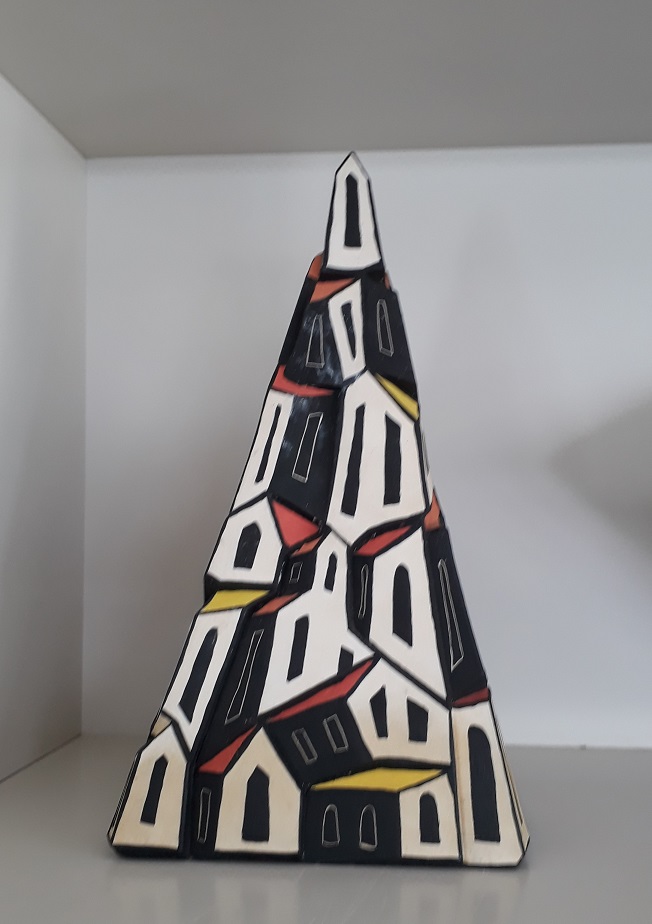 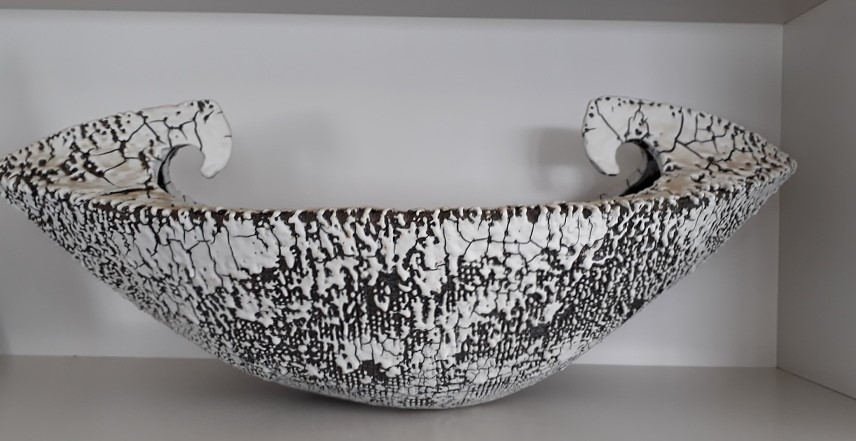 This is his first successful commercial pattern, called 'Grapes and Oranges' because that is what it depicts. 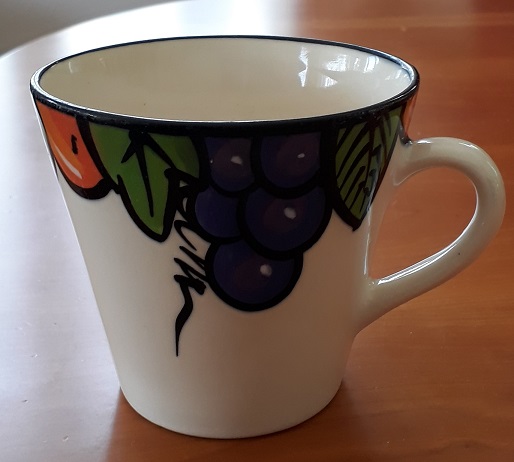 This is an image from NZ Potter volume 30, 1988. Not long after he started out as a potter. 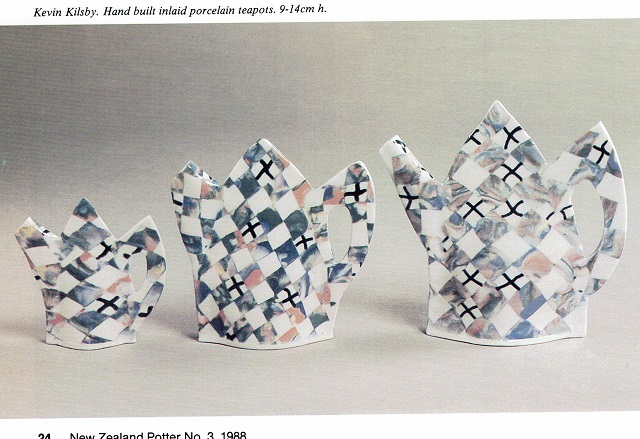