Many thanks to Colleen Eason for sending us photos

This lid is rounded, unlike the lid/coaster that goes with the Mugs for Males, which is flat.

The mug shape is 3069 which was first made in 1984 and it was one of the mug shapes that went with the TV Tray.

I haven't seen one of these lids before and will keep an eye out for it when I am researching. Please let us know if you have seen one before.
At the moment I'm working on Production Meeting records which includes tests and trials that they were working on.

Unfortunately all of the shape records that Richard Quinn salvaged only go up until 1982 - 1984, so anything produced from then until 1989 is largely unknown. 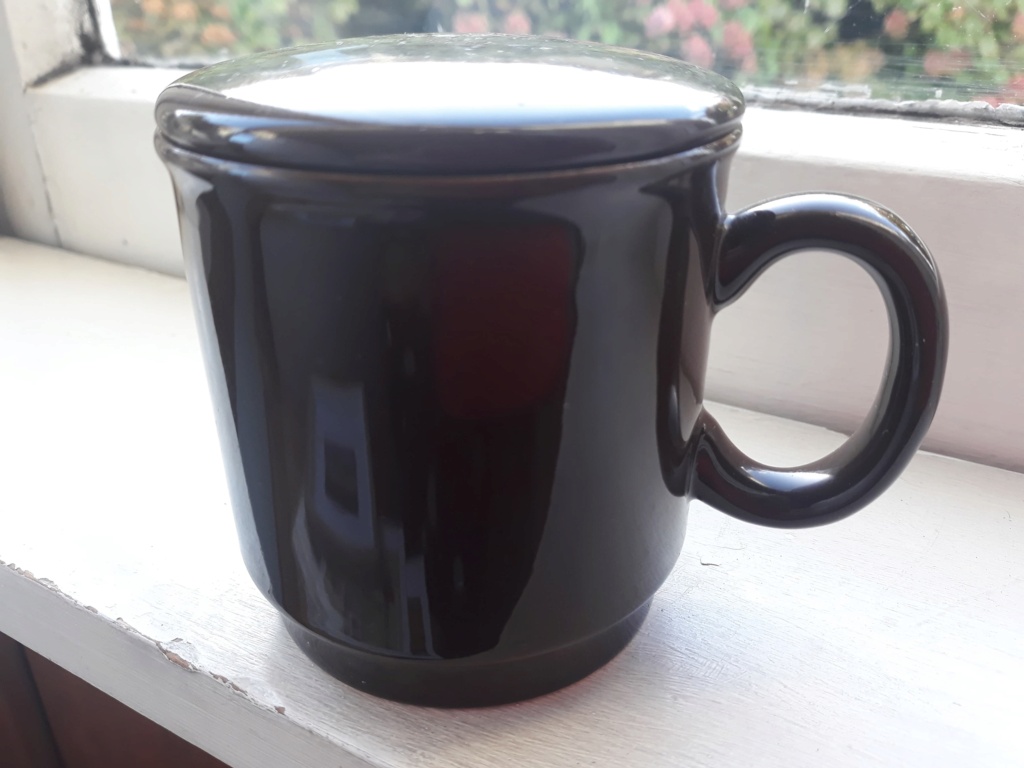 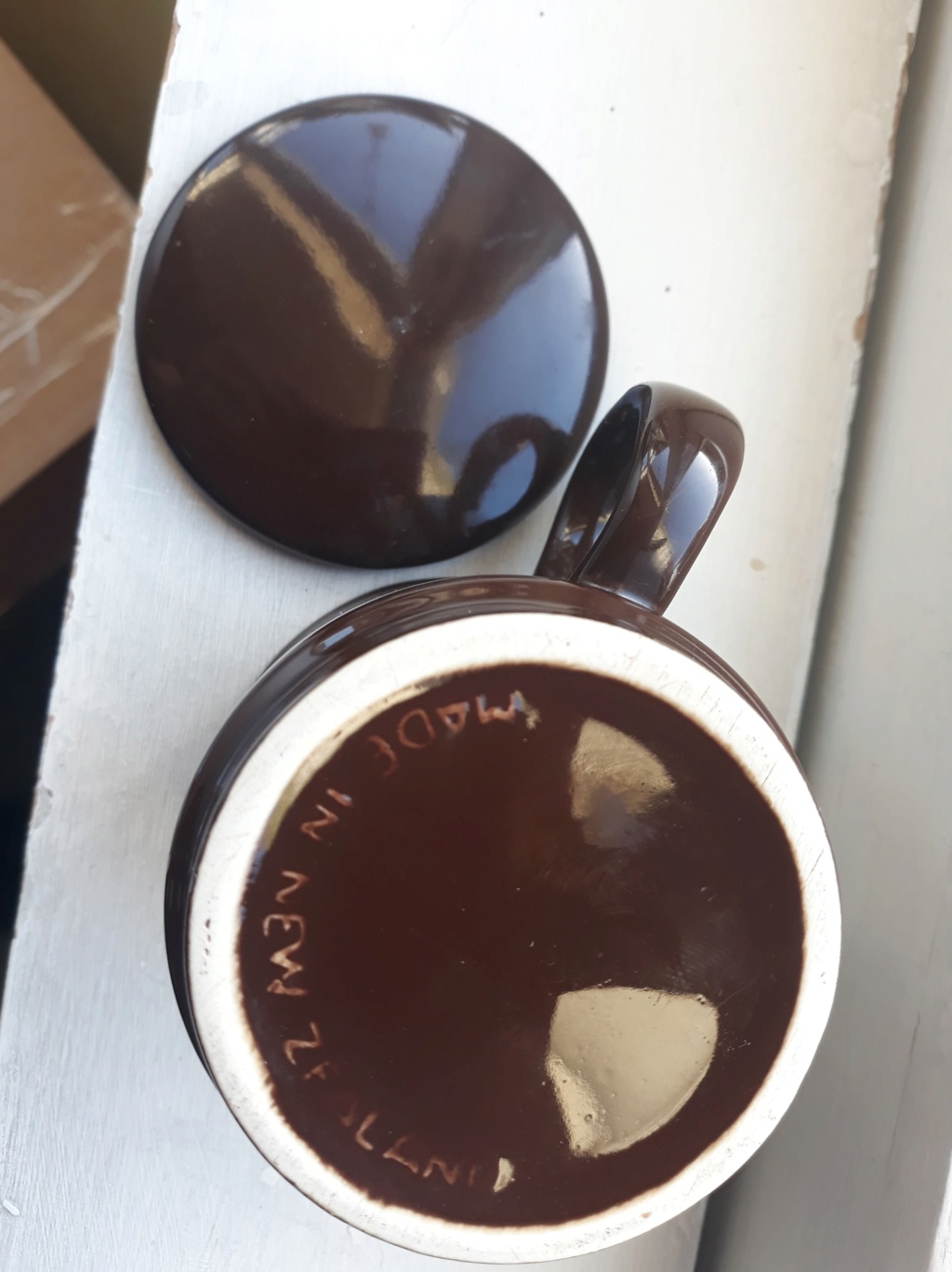