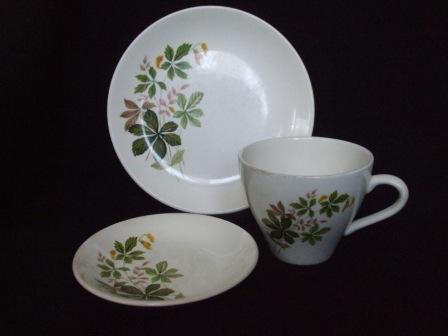 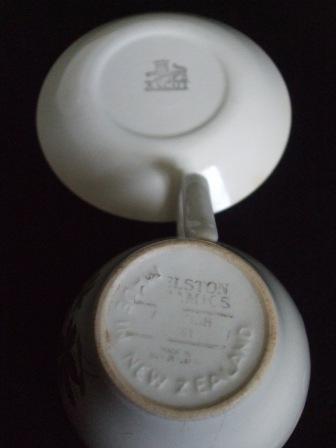 The side plate has no markings, the pin dish has the Ascot stamp and the cup has the full Ashleigh backstamp .... rather interesting in itself really ....

Ive added this 10cmh Jug to my other Ashleigh on White pieces with different backstamps...
it has: CAMBRIDGE. J-300-0.
Titian 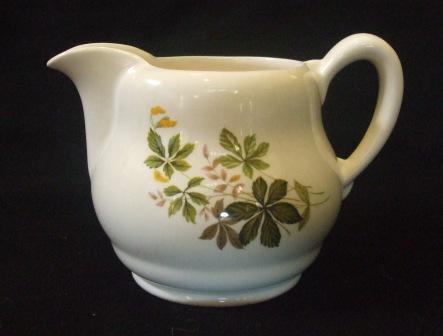 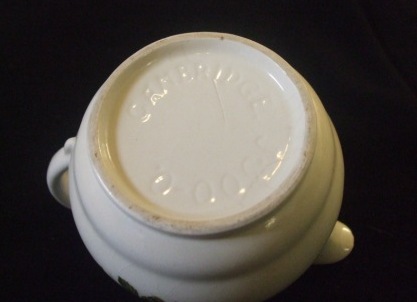 Awesum, I was sure it was rite but the Cambridge was confusing me..!

Parklane, adding a backstamp to the gallery.

I'm not sure Janice, as Kat's pics look like there is no Fabrique background.
I can't read the backstamp and would like Kat to decipher it for us please.

I can see A & GH so assume its Ashleigh, the last two pat. numbers look like 51. 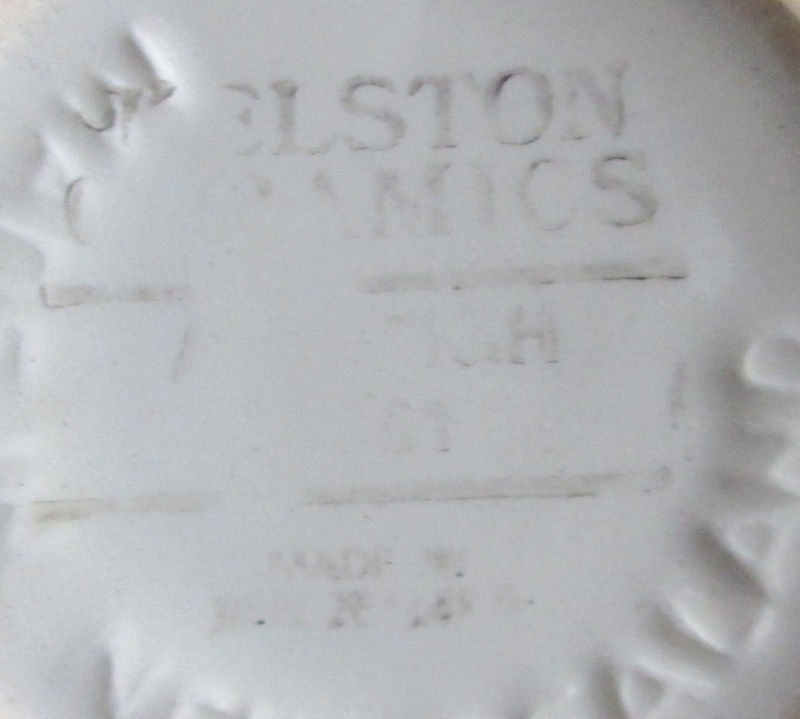 Thanks Kat and I agree that the name is Ashleigh, but I'm not sure about the number..?
Could you confirm that this is on a plain white background please?
We will have to wait for some more information about uno's pattern name to come to hand.

I will add this photo to the Gallery as Park Lane Pat.No.954 even though it just has Ascot on the base. 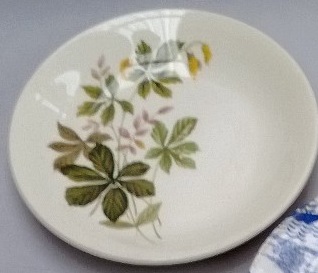 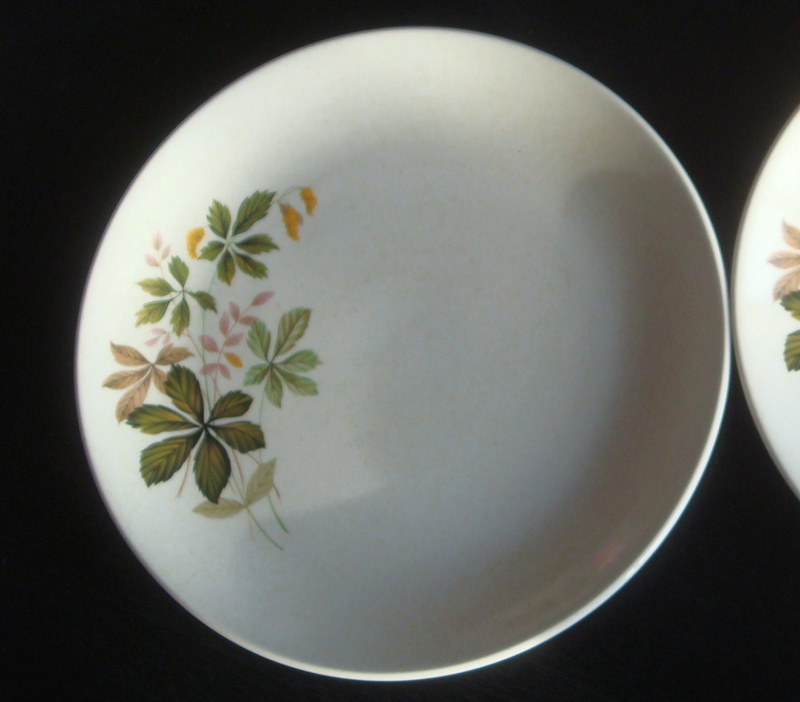 Is this likely to be Park Lane d853 on clover then? 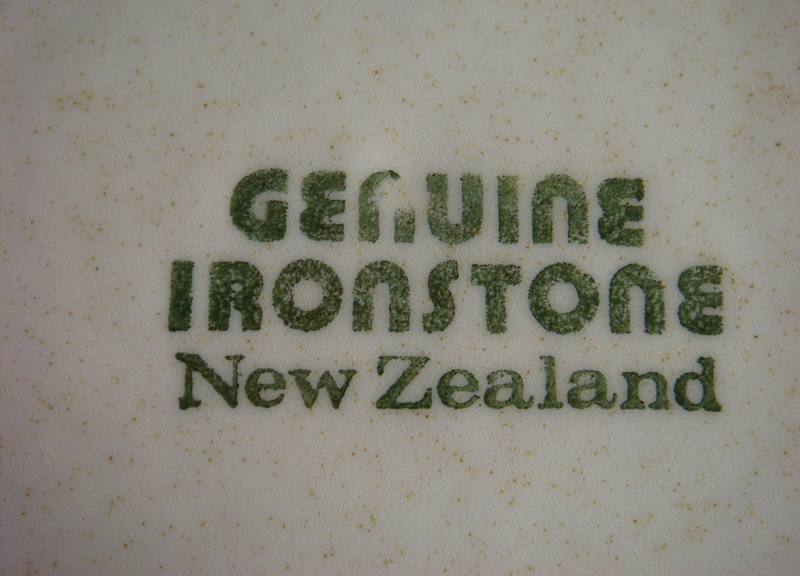 It's hard to see the colour of the clover, but I think it's correct

Sorry, photos taken quickly in the sun, cream backgound with light spatter of orange speckle, will ty for some more later today.

Don't worry about taking another photo Anne, as I'm sure that you know what clover looks like when you see it. I trust you completely

Here is my Park Lane jug - note the backstamp. 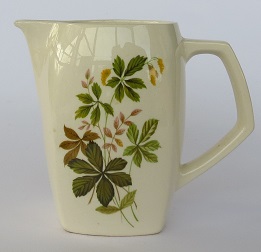 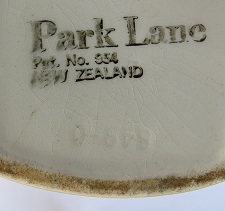 I'll add this photo here.
3038 cup . White glaze.
Is it parklane? Or something else 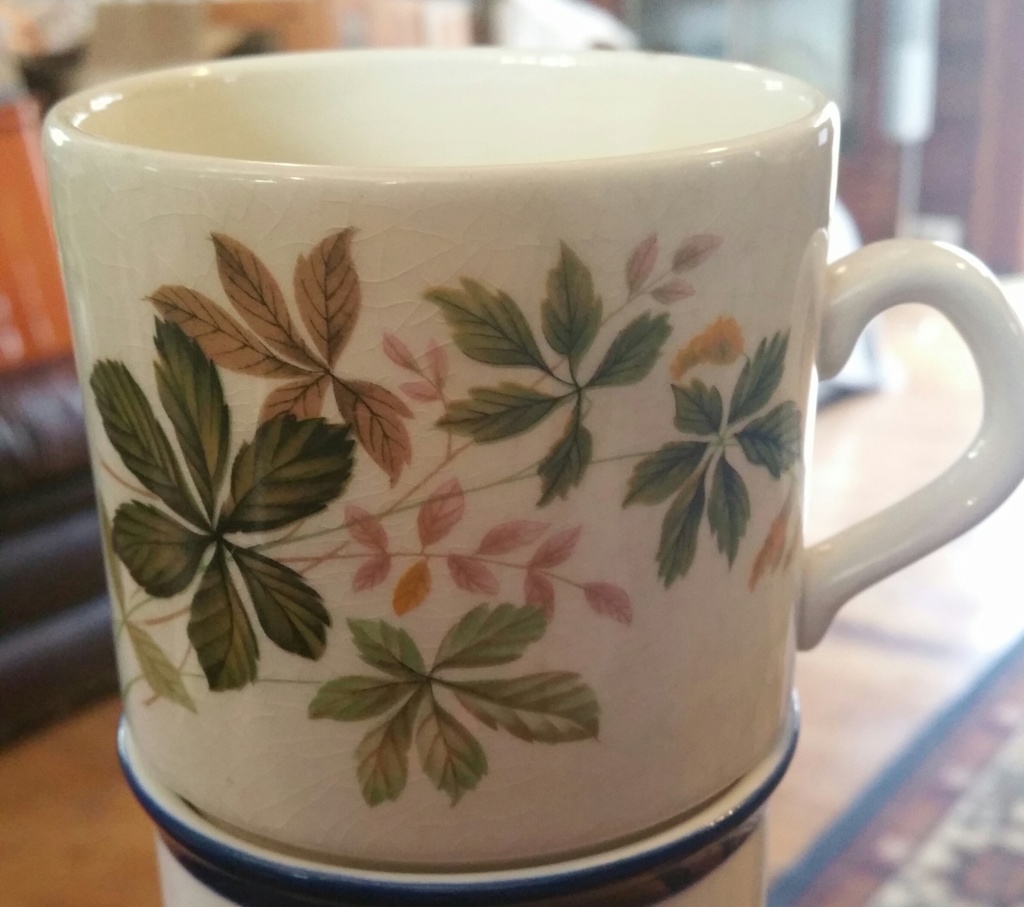 Is this on Glow White Janice? 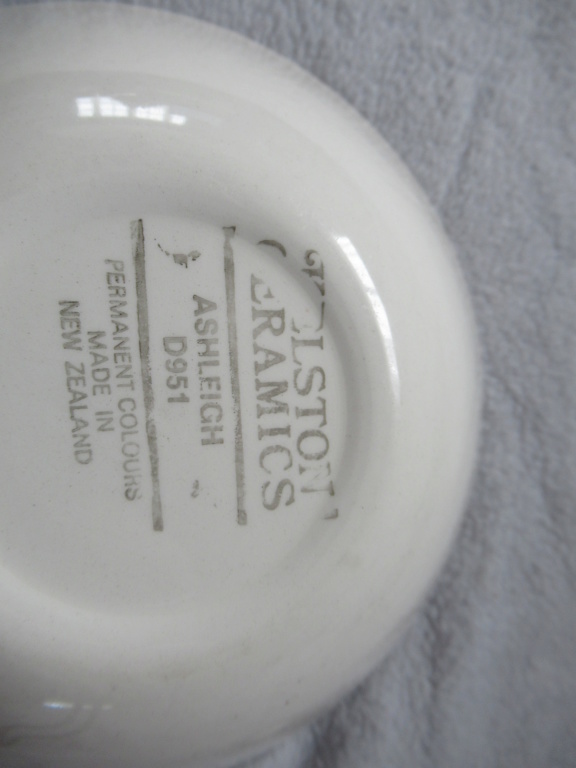 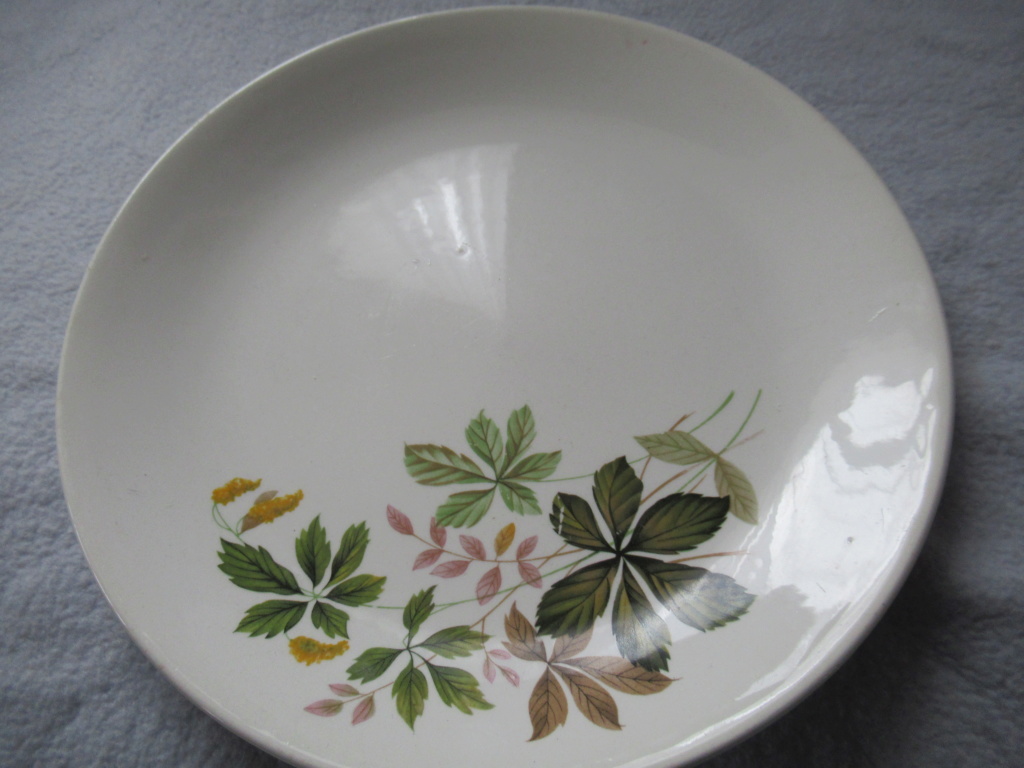 The background is even, cream, glossy.

Morning Hannele.
I see the pattern number on your backstamp is different.
It would be great to see a photo of the pattern . Sometimes the pattern could be on a grey hatched background like fabrique/rattan. Or is this white glaze...many thanks Janice

JanPots wrote:Morning Hannele.
I see the pattern number on your backstamp is different.
It would be great to see a photo of the pattern . Sometimes the pattern could be on a grey hatched background like fabrique/rattan. Or is this white glaze...many thanks Janice

I added a picture of the pattern. The background is a white (cream) glaze, even and glossy.

Hi again Hannele.
Ev and I have been chatting about this earlier today.
Thanks for putting up the photo.

There are so many varations of patterns and numbers that don't often make sense but Ev and I usually spend hours trawling through stored info to try and figure it out.
Have a good weekend