I have just finished using the Kintsugi method to put it back together, to show how to identify a fake.

Photo 1:
With the jug handle on the left the fake jug has the C in McAlpine with a line going behind it. I have highlighted this to show you. The Crown Lynn jugs don't have this line behind the C. 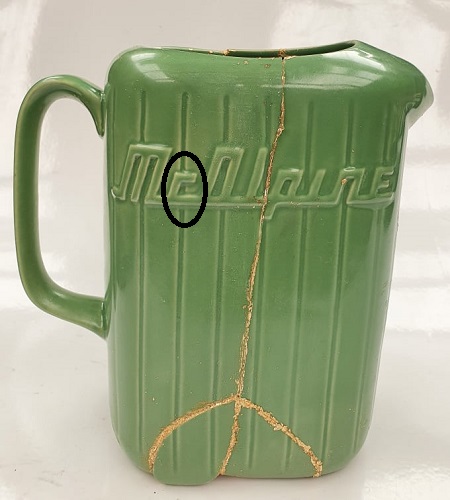 Photo 2:
The other way to tell if the jug is a fake is if there is no subtle rib down the outside of the handle. If it is is smooth and flat like this one that I have highlighted then it is a fake. 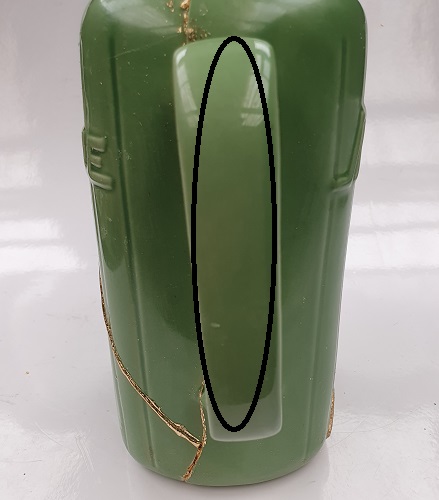 The colourglazes that were used are an amazing match, which I found quite scary.
These fake jugs were made in China and are still being sold around New Zealand as Crown Lynn. Caveat Emptor !!
Any questions please ask