Photo of the Murray Curvex Machine in operation!

Photo of the Murray Curvex Machine in operation!

Tom Clark kindly responded to this photo and has enlightened me regarding the Murray Curvex Machine that is being used in the photo. "This photo shows the printing of the pattern on to the earthenware plate using the Murray Curvex offset printing machine.
The pattern was photo etched on to a copper plate which was then chrome plated. Ceramic ink was swept across the plate and the gelatine ' bomb' as pictured came down and pressed on to the plate and picked up the image
using a sliding carriage a earthenware bisque plate was slid into position
The bomb came down and the image was transferred from the bomb to the eathenware plate. This machine decorated about 2000 pieces per day
There were 6 machines
The original was purchased from Ceramic Engineers England
The other 5 were built by Crown Lynn engineers
Hundreds of patterns were produced by this method
Finally 2 Decram machines were purchased which enabled 3 colors to be produced from the one machine
After printing the plates were stacked up separated by pins. Pictured. Then glazed.

Tom Clark continues "After glazing the plates were placed in in ceramic cranks and each plate was supported by 3 firing pins
These left the characteristic
3 marks on the back of the plates
Plate setters were used in the firing of the stoneware patterns only
The ware was glazed at green. Foot wiped then placed on setters these patterns all were designed with a foot and different from normal production
The stoneware was fired on the min kiln
So you see quite a few different firing conditions were employed at Crown Lynn" 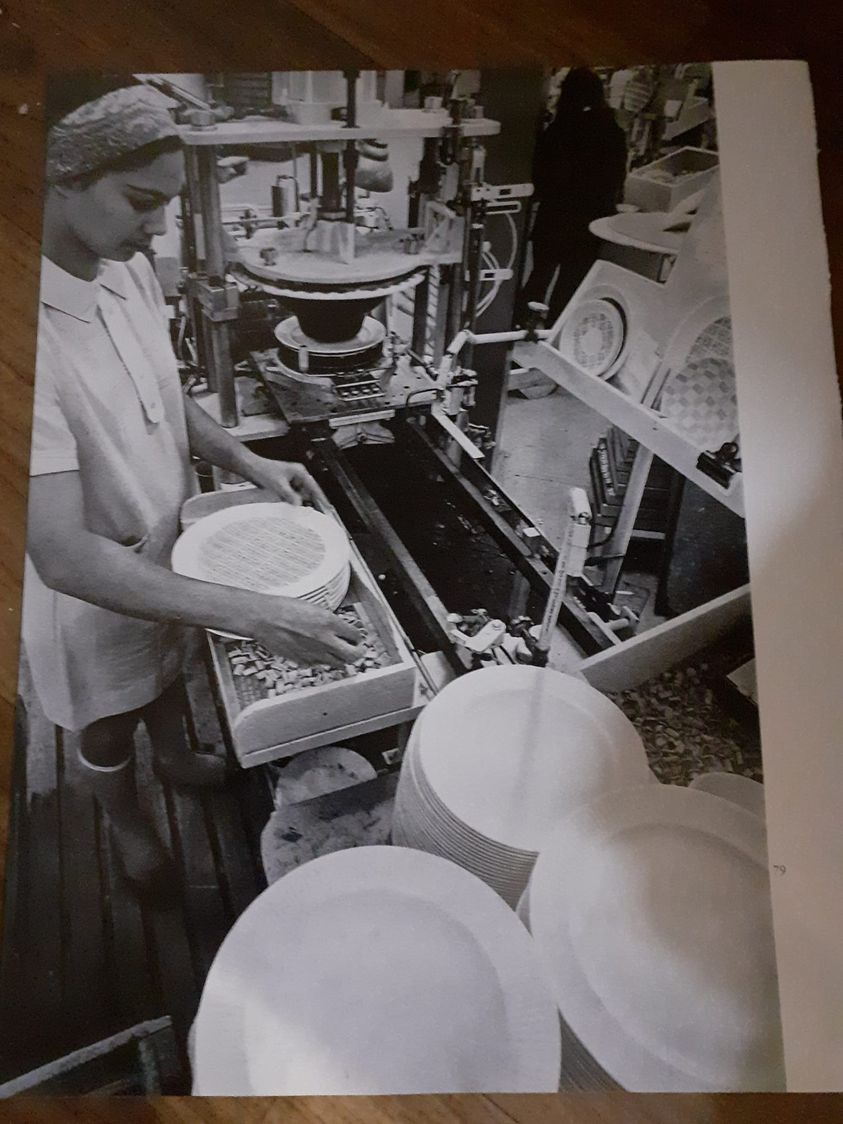 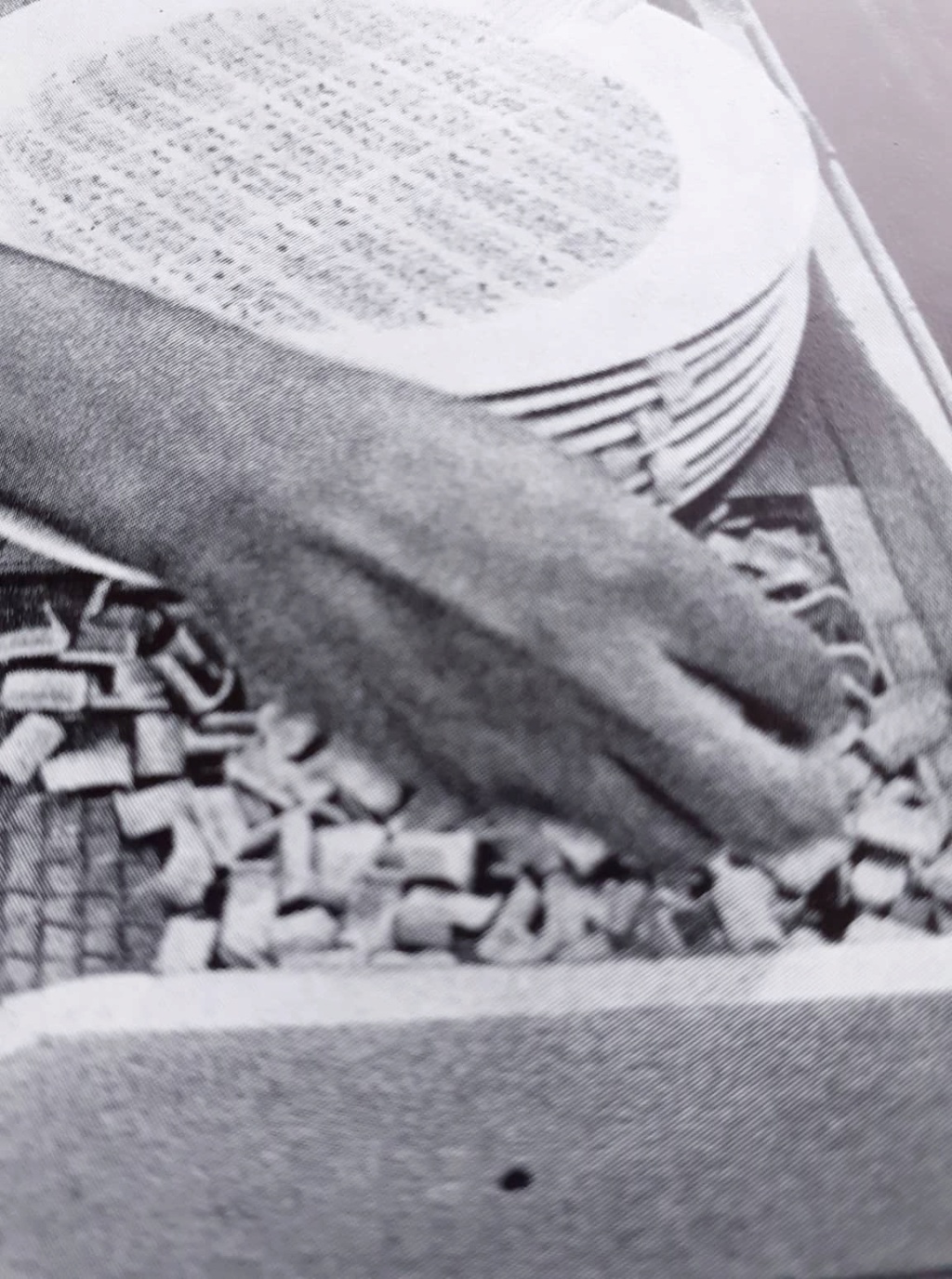 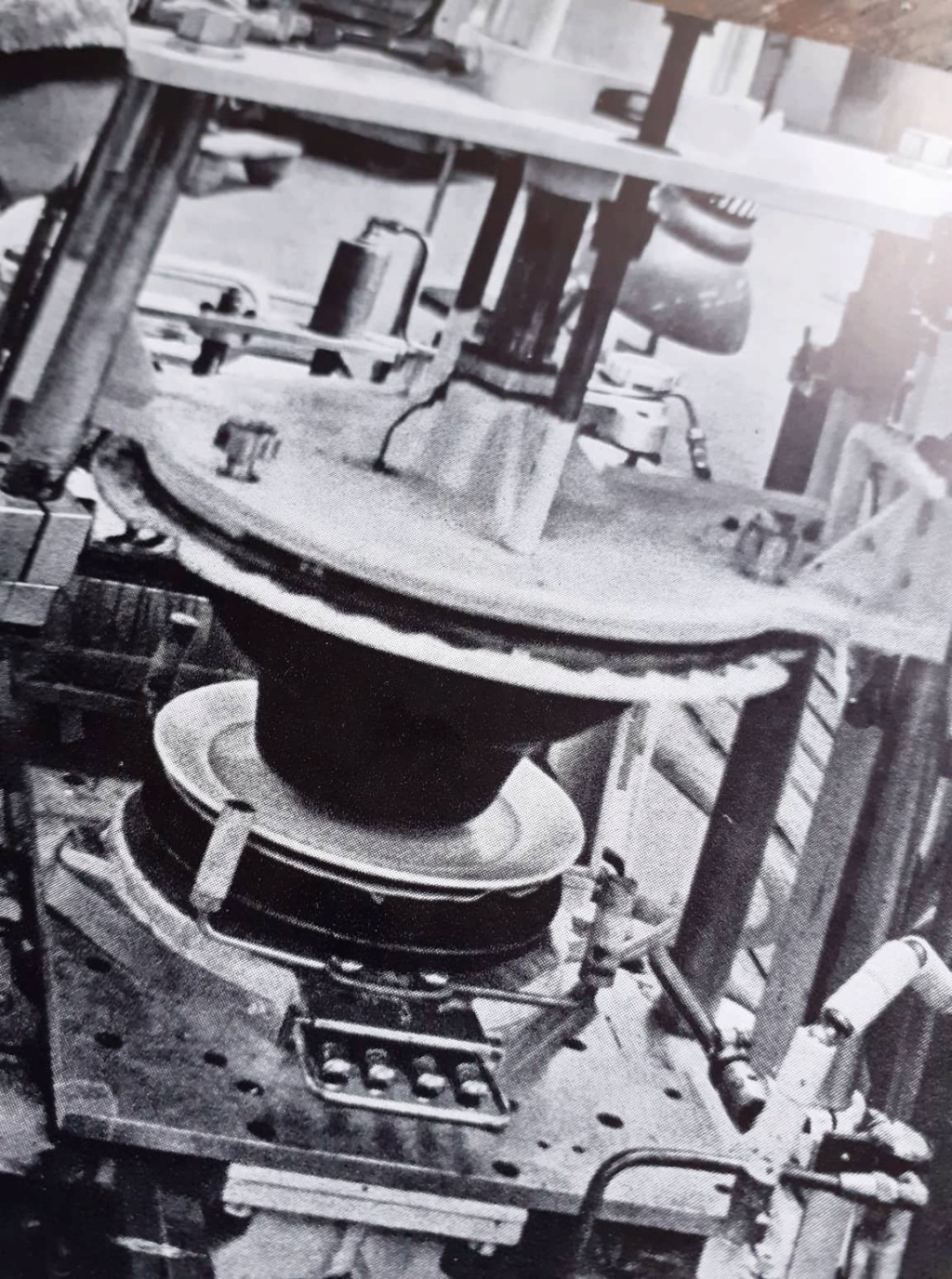