Hi! I came across this TiToki bottle today. I’m in Australia and hadn’t heard of the brand before, but grabbed it as my brother has a tiki bar and it’ll make a great Xmas present!

I’ve been googling and researching, but I can’t find any info on this one. The price label on the bottom looks old. There’s no markings on the base. There’s the remnants of a cork inside the bottle. The cobalt glaze doesn’t seem to appear on any other bottle that I can find online….

I’d love to know anything about the possible maker and age if anyone can help please. Thanks! 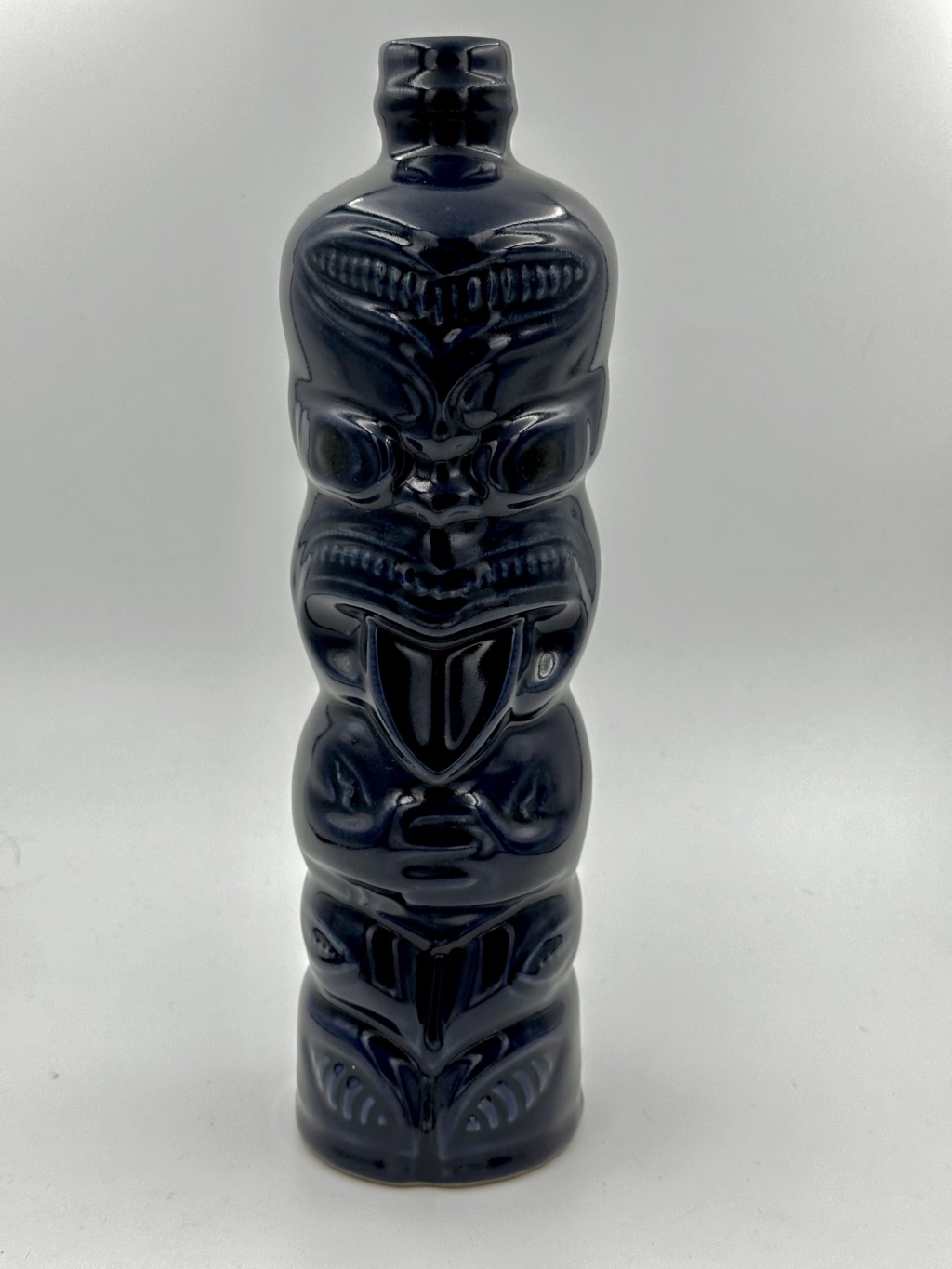 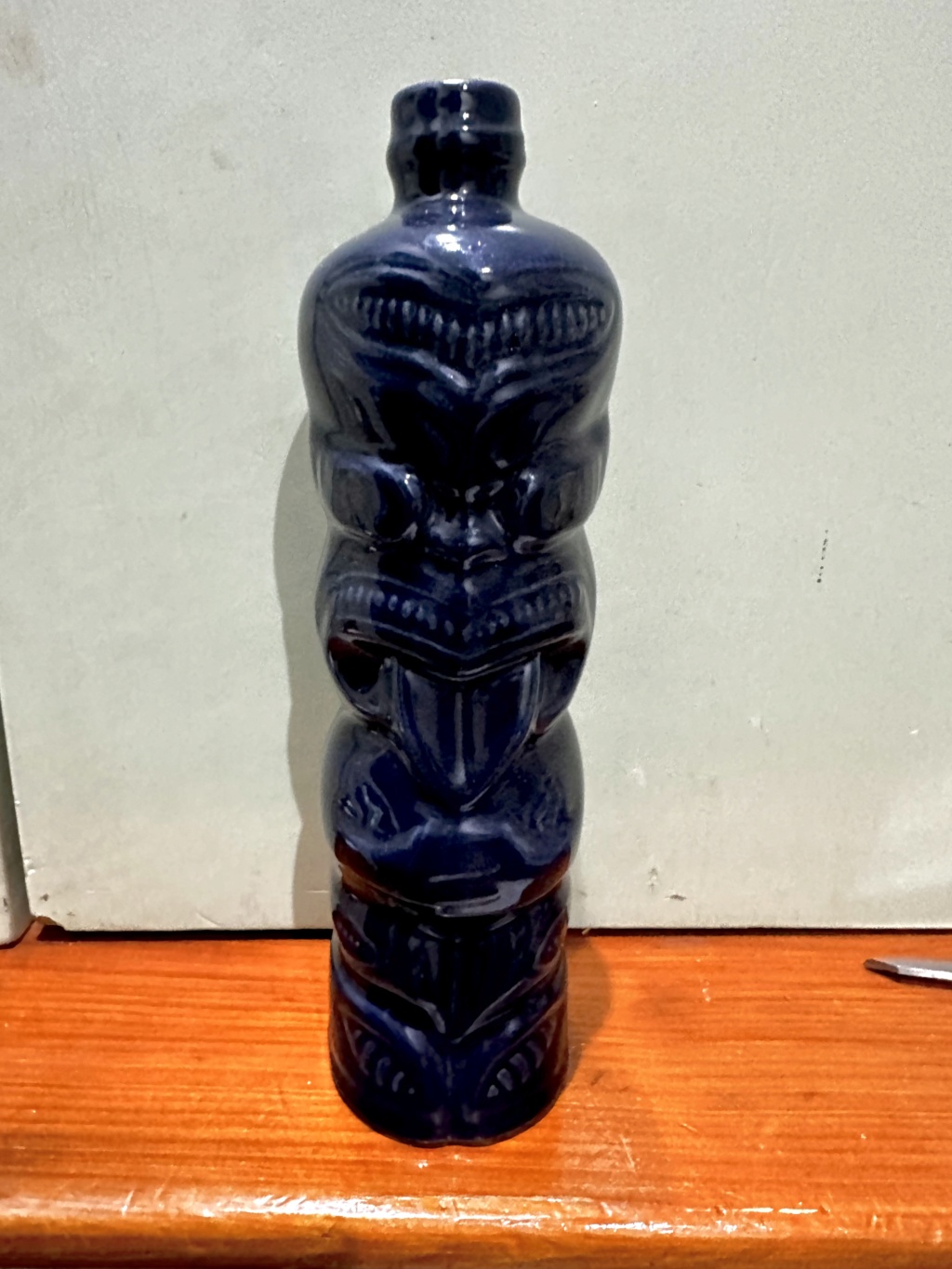 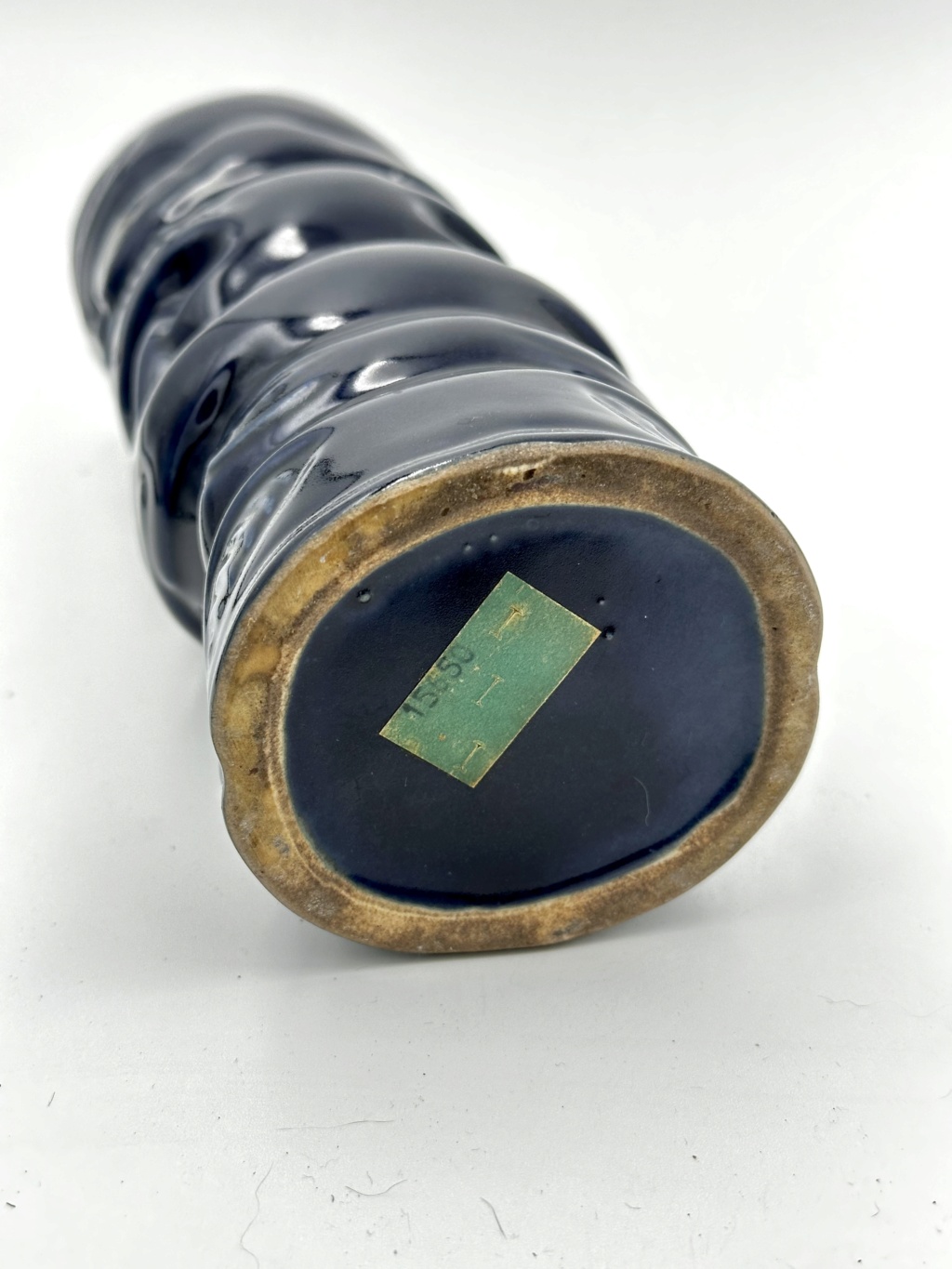 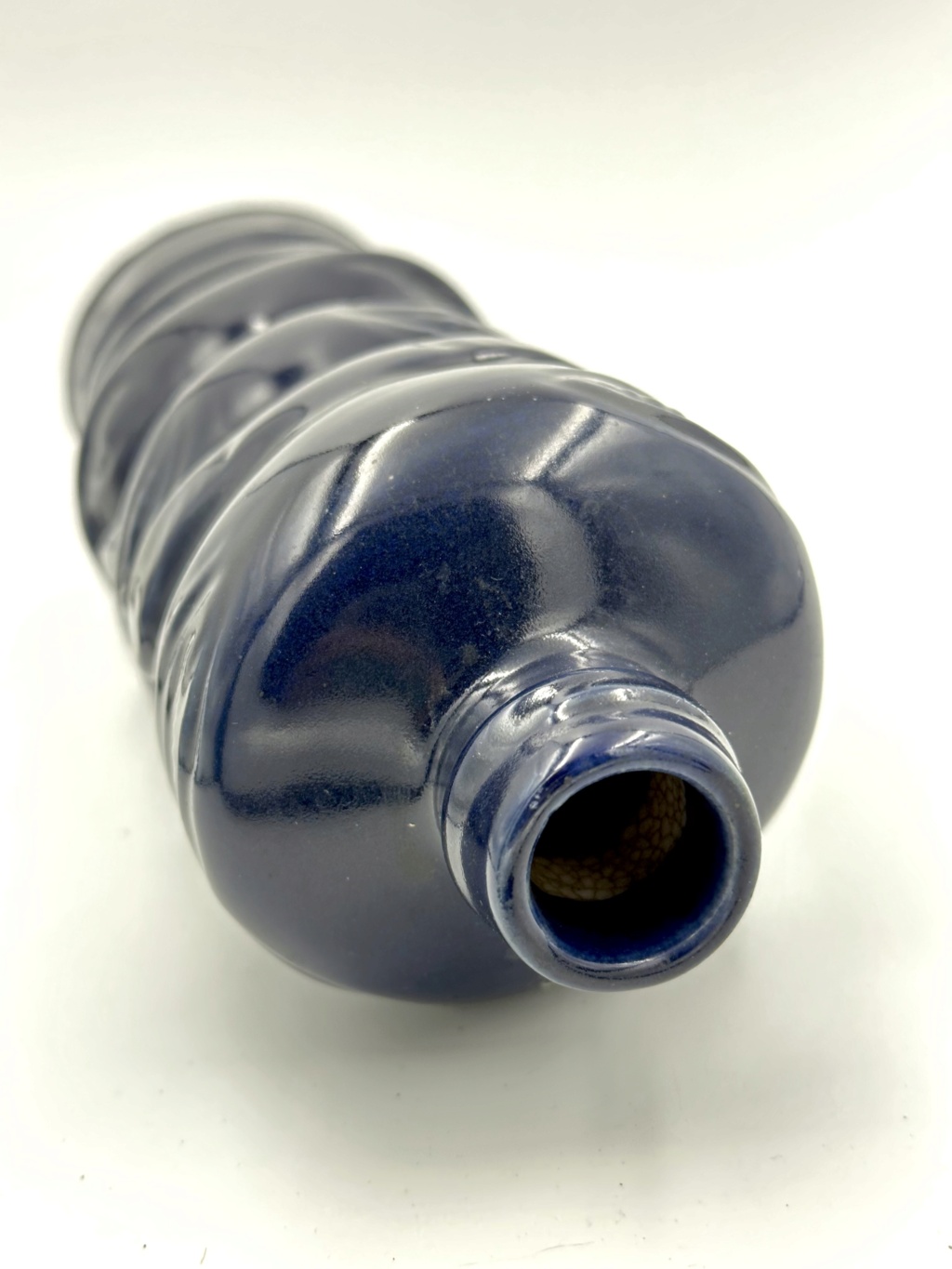 Hi there, around 8 different potteries have made the Ti Toki bottles from 1979 to the present day.
Each pottery varies a little regarding size.
Crown Lynn was the only pottery who made them with a screw top.
Not many put their name on them, so it isn't easy to identify them.

Stewart Pottery made them for a few years in the late 1980's
They were difficult to ensure that the liquor did not seep through, so the early bottles we sealed with food quality hot wax. Hemara made the molds for us. and they were brown or green glaze.

Thanks heaps for the info! Appreciate your time

ellie301, I don’t know how your one compares but a blue titoki bottle just sold for NZD671 a week ago on NZ auction site trademe. I have not seen this sort of sale price before. I think the blue ones are quite rare.