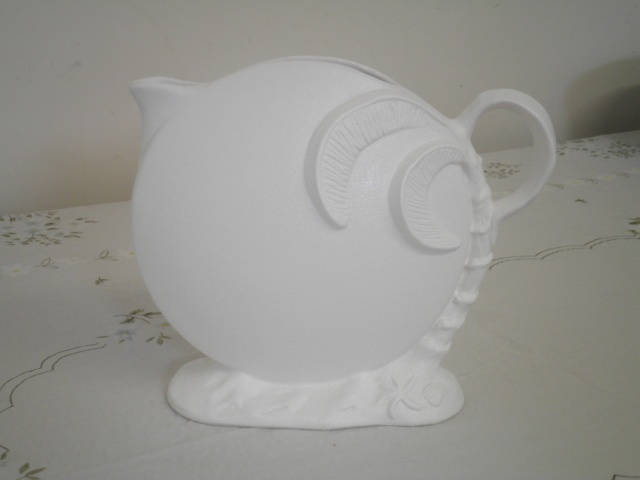 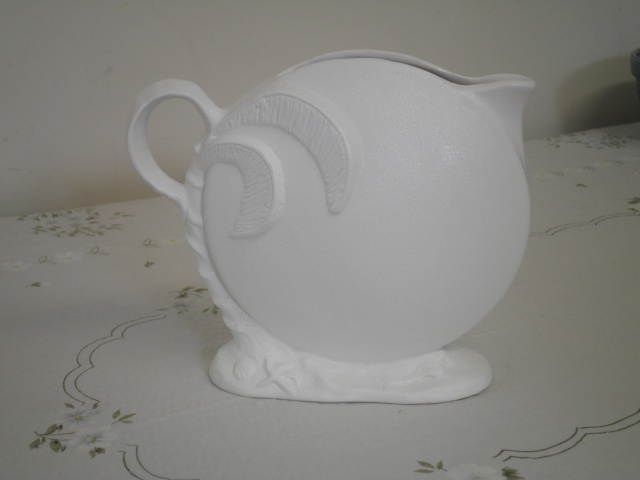 There has been so much speculation about this jug on other forums and the conclusion generally was that this is not Titian but an Australian called catherene Amaletti (spelling could be wrong). Indeed I have one bought about 10 years ago when I first started collection.
The story goes that Catherene visited Cam Brown in the 60s and then copied the Moon Vase. When the Browns found out about this they went into production of a newer version and slapped a patent on it to stop further copies.
Both the earlt Titian and the latter ones are beutifull but the copy made in between the two Titian versions is quite crude with less fronds, a lafger top opening and a spout that looks out of place.
Anyway its great to see this one again as it adds to the history of the other versions.

Just curious if the Catherine you are referring to is Catherine Anselmi peters ....

Ev wrote:Just curious if the Catherine you are referring to is Catherine Anselmi peters ....

Oops I am probably wrong, i'll go back and check.

That is very interesting. I have checked my earlier comment. When the vase above came out cam brown was a little annoyed and decided to design another and copyright the design. This happened around 1982 as that is the mark on the bottom of the most recent cam brown moon vase. My 1960s guess may have been way out and indeed the aussie lass may also be incorrect.
Hopefully someone will get to the bottom of this soon.

There was a huge interest in that auction and the vase/jug sold for a good price!
I noticed that the 'palm leaves' look like they have been done by hand. Hemara worked at Titian for years and years .... so I guess he will know about the copies that were made other than the one in that auction.

Another black moon and palm vase has been listed with H.Hemara on the base ...
http://www.trademe.co.nz/pottery-glass/porcelain-pottery/crown-lynn/other/auction-532712525.htm

Another white one has been listed ....