Hello Pottery Peeps,
I am a newby here, and I'd like some help please. We've decided to replace our chipped contemporary Briscoe's tableware with something more interesting and I've been reading up on Crown Lynn and looking at the video of the City Gallery Setting the Tables...exhibition.
I've found a dinner set on Trade Me that I like a lot - the pattern is Tres Bon. The seller says it dates from the 1960s. I can't find any other information about it though- is anyone familiar with this pattern? The seller also says it is one of the more rare patterns - any thoughts?
I am also considering a Honeyglow set - is this from a similar period or a bit later?
The final set I'd like to know about, is a white plate with a spray of hedgerow plants (? - I'm no botanist!), called simply "Glade". Do you know when this dates from approximately?
Having asked all this, I think my first choice would be Tres Bon, but I'm very interested in what I might learn about the others!
Thank you in advance
Kind regards

Welcome to the Forum moth

Don't know if you have found our Crown Lynn Tableware Gallery yet?
There are 320 patterns there at the moment for you to drool over

Here is a link to it -
http://newzealandpottery.forumotion.net/gallery/Crown-Lynn-Tableware-Patterns/Crown-Lynn-Tableware-Patterns-cat_c25.htm
I've spent a bit of time looking through records that I have, to try and answer your questions ...
Tres Bon - 118 -
this was produced from the mid 1960's to the late 1970's so must have been popular in it's time. I've never considered it a rare pattern ... until now, as I've seen pieces listed on TradeMe on a regular basis. I've only ever come across one piece on my Charity Shop haunts though and as the side plate had a $5 sticker on it .. I left it there so perhaps it is hard to find. I was very impressed with the high quality glaze that was on the piece as I'm sure it wouldn't scratch or mark easily. We don't have this pattern in our Crown Lynn Tableware Gallery, so if you do choose this pattern we would appreciate a photo to put into the Gallery

Honeyglow 857 -
This is in the popular Apollo ware range with the ridged edges which was first released in 1969. Honeyglow appears to have been produced in the 1970's. Another popular pattern that comes up on TradeMe regularly.
Glade -
There are two Glade patterns on my Crown Lynn Database.
Glade 348 first shows up in the records that I have from the early 1980's. There is a drawing of this pattern at the Auckland Museum, but I don't recall it. We don't have this pattern in our Crown Lynn Tableware Gallery .....
Glade 52120 - This is another from the Apollo ware range and has pussywillow or something similar as the design. This pattern doesn't show up in any of the Crown Lynn records that I have so it's hard to say when it was made, except that with a five number deco number it would be later rather than earlier. We don't have this pattern in our Crown Lynn Tableware Gallery either!

Ev, thanks so much for your welcome and your response. I've studied the tableware gallery intently(!), so I knew Tres Bon wasn't in there. The Glade set does look to be a newer product - the seller says it hasn't been used so that perhaps fits in with the 1980s dating.
I was interested to read your comment on the glaze on the Tres Bon set - we want something to use everyday so this sounds ideal. Having something that's a real piece of New Zealand heritage is a lovely idea, I think, and the fact that it can be used as part of our daily life gives a great feeling of continuity.
I've seen a Florence set too - is that a later pattern like the Glade? To my untrained eye it looks more 80s than 60s (setting myself up for a fall here!!)
I do like the Honeyglow... but I'll keep watching the Tres Bon. Don't really want to pay the buy now price, so I'm holding off for now, which is always a bit of a gamble!
Warm regards 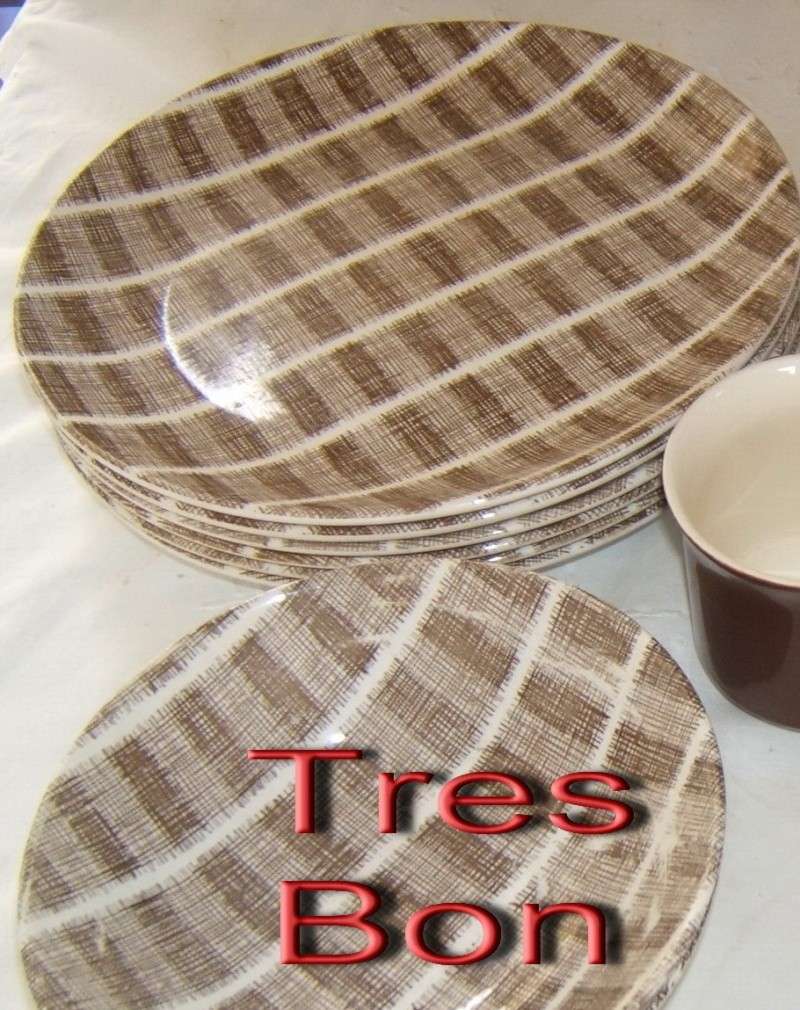 Glade for the gallery 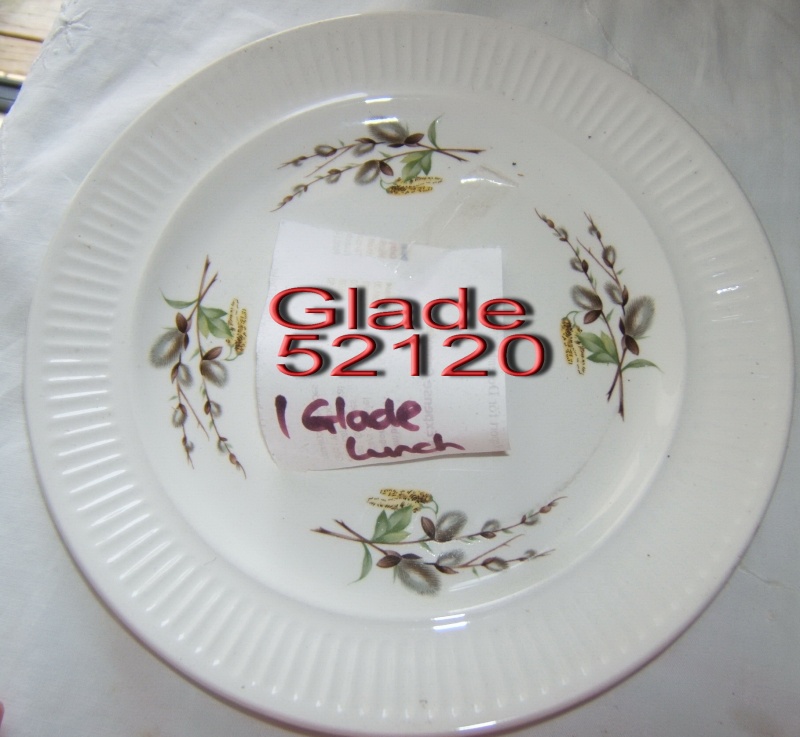 sorry about the number over the pattern it was an early attempt to label things.

Hi Moth, I did the same as you are contemplating, about 5 years ago. I got rid of all my cheap imported china and replaced it with Crown Lynn. I chose "Autumn Splendour" as the pattern as there is a lot of it about, it was produced over quite a long period I understand. It is very durable and just feels different from the imported stuff, a lovely glaze. We put it in the dishwasher and on some pieces the pattern has faded a bit but others are fine. "Autumn Splendour" has lots of different serving dishes, jugs sizes of plates etc. I got hooked on CL while accumulating my set, and now have numerous other dinner sets, vases and ornaments as well. I have a full "Honeyglow" set but it isn't used I just love the really retro designs especially the orange and brown patterns. My Mum used "Tres Bon" many years ago but I can't remember exactly when, probably the 60s. My daughter uses "Vintage" as her everyday set, another one that is easily obtained. Good luck with your hunt for a set. marl

Thank you so much for the photos Marl

moth, I've seen several dinner sets in op-shops going for around $100 in various patterns ...
I checked out Tres Bon on TradeMe and saw a set and it did seem reasonable.
and Crown Lynn lasts and lasts and you can still find pieces to replace any mishaps.

Thanks for your replies, Marl and Ev.

It's probably the same dinner set on TM that I've got my eye on Ev - I had no idea whether the price was fair, but it does seem reasonable to me, and I do like the pattern.

Hi again, a good thing about Tres Bon is that even if it does get worn or scratched the damage is very hard to see because of the all over pattern. marl