A question on pattern numbers

A question on pattern numbers 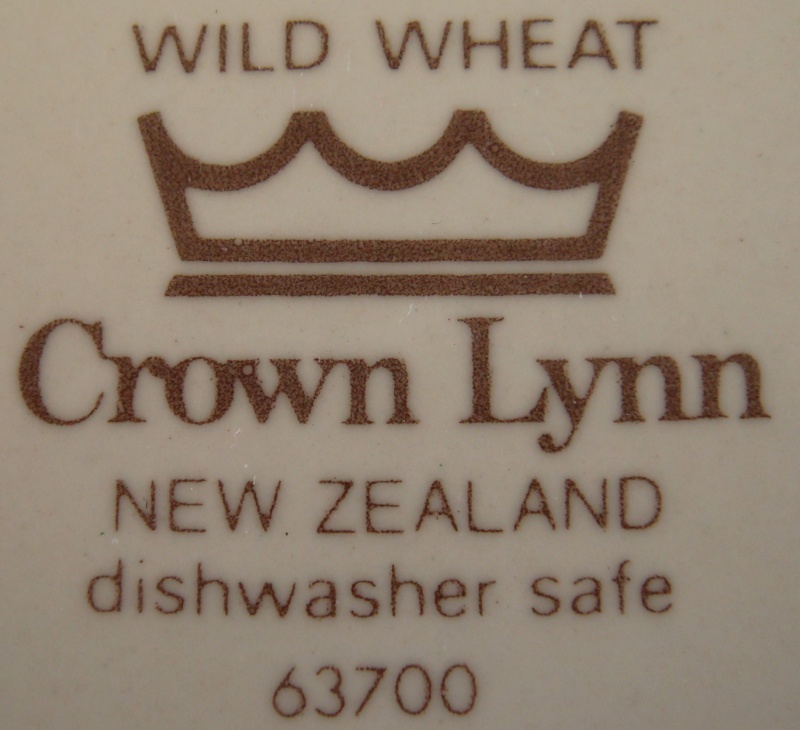 In the gallery, there is a picture of a Wild Wheat plate, d637. I have a Wild Wheat bowl, but the number is 63700, no 'd' before it. How does this work? Were the patterns re-released in vitreous ware, when they made them dishwasher safe or similar, and that's how they kept track of the patterns?

The "d" numbers are decoration numbers and are sometimes recorded as "deco" numbers. Crown Lynn would sometimes redesign the decoration and either keep the same d number or give a completely different new one to what is a very similar pattern.

And of course there is the earlier series of "Patt" or pattern numbers to complicate things further.

I've come across where Crown Lynn have added two zero's after the original 3 digit number many times since I've been working on the Patterns Data Base. It's always the same pattern too. Perhaps the later new 5 digit numbering system was in place by the time they were made .....?
However there have been many occassions where the same pattern has been given a different name and number. I am aware of this now, so it doesn't surprise me any more, but as to why..... I wouldn't have any idea about that