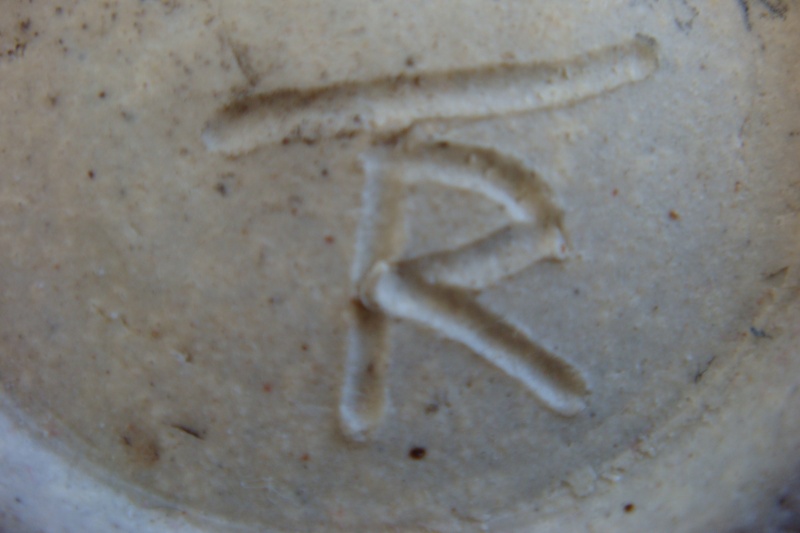 Rosie Thorp mark on my Kiwi vase below 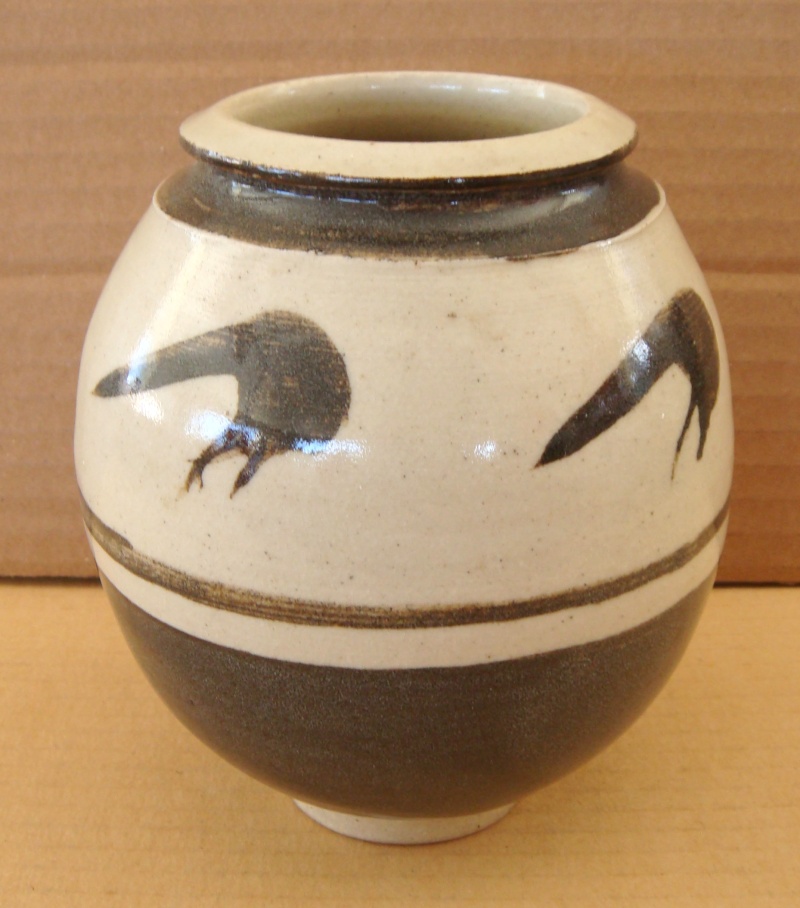 I saw your listing and was hoping you would post pics on here.
Cheers ev

I tried yesterday but nothing would upload, too slow. Possibly the wrong time of day. I don't really want to sell my vase, which is why I chose the price (hoping it wouldn't sell and I could keep it) but I can never have a clear out if I don't sacrifice some treasures sadly. I need to be more selective about my collecting I think.

Ev, did you see my other two listings? Do you want photos of those two marks? I don't know about the wee vase, who made it.

Yes to the Sheiko stamp... feel that I should know who ran that pottery, maybe someone will know.
What a sad dejected wee face lolz 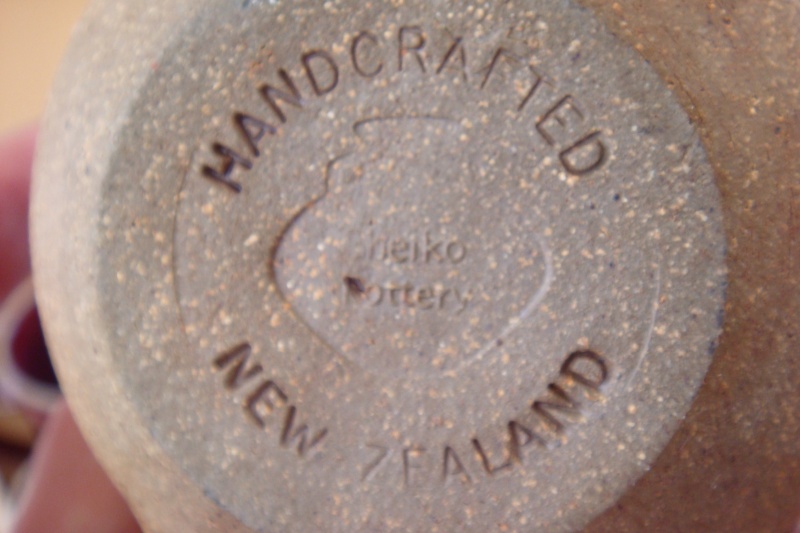 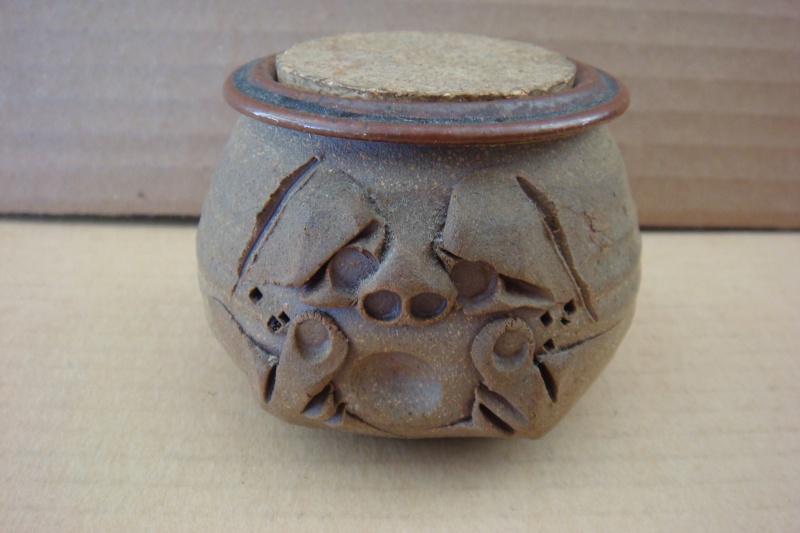 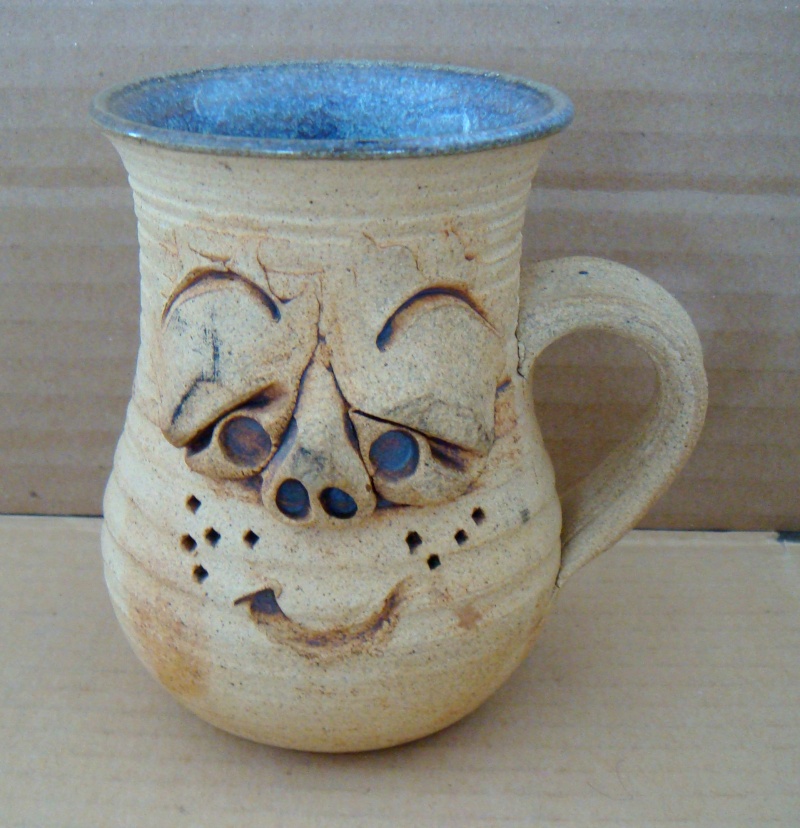 Not all their pottery is unhappy ~ This one has wonderful glaze inside!

Bertha from the Character Collection

I think that the lady above could be "Bertha" as Hannah is shown in the tm listing and the other four names in the "Character Collection" (Henry, Jimmy, Sweeney, Andy) appear to be blokes. See:
http://www.trademe.co.nz/Pottery-glass/Porcelain-pottery/Other-NZ-manufacturers/auction-899897719.htm
(Supposing she is one from that set.)

Did someone tell me these mugs were made by a potter on Waiheke? There are quite a few around. I think they are very cute and expressive but not sure I could drink from one, no matter how cheery. 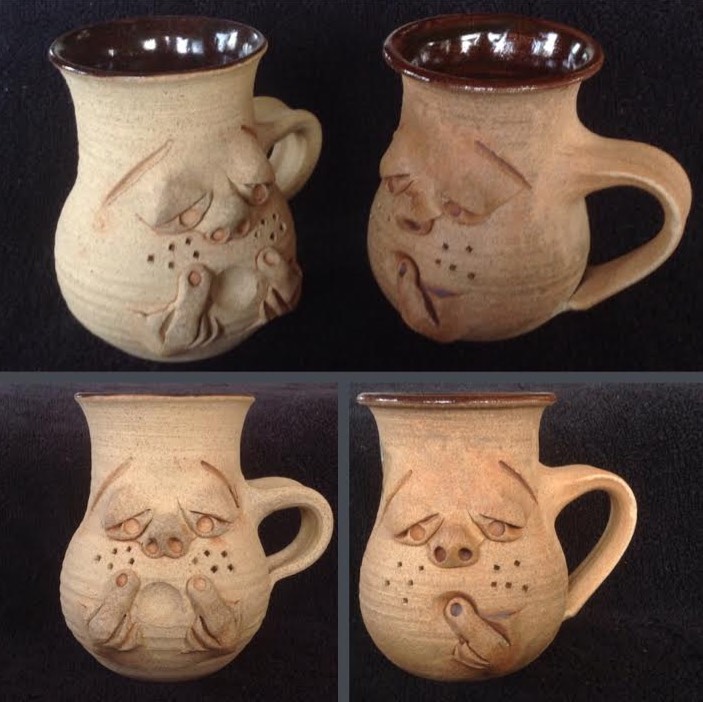 I was intrigued to read on an Aussie ebay listing that Sheiko mugs were made in Australia. (Ebay has NZ Sheiko too.) The text had no further info but the pics show a sticker applied to the box on which it states "Now Handcrafted in Australia", and although the box shown is a NZ one with a Hamilton PO address, it is over-stickered "Australia".

According to the blurb on the box these six faces are "inspired by the Henry Lawson characters". Henry Lawson (1867-1922) was an Australian poet, author, and balladeer. He also spent some time in NZ.

When they only cost me $1 I continue to buy them. My own blue-glazed Sheiko mug appears not to be from the Lawson range but my brown ones include: Andy (right top), Bertha, and Jimmy. 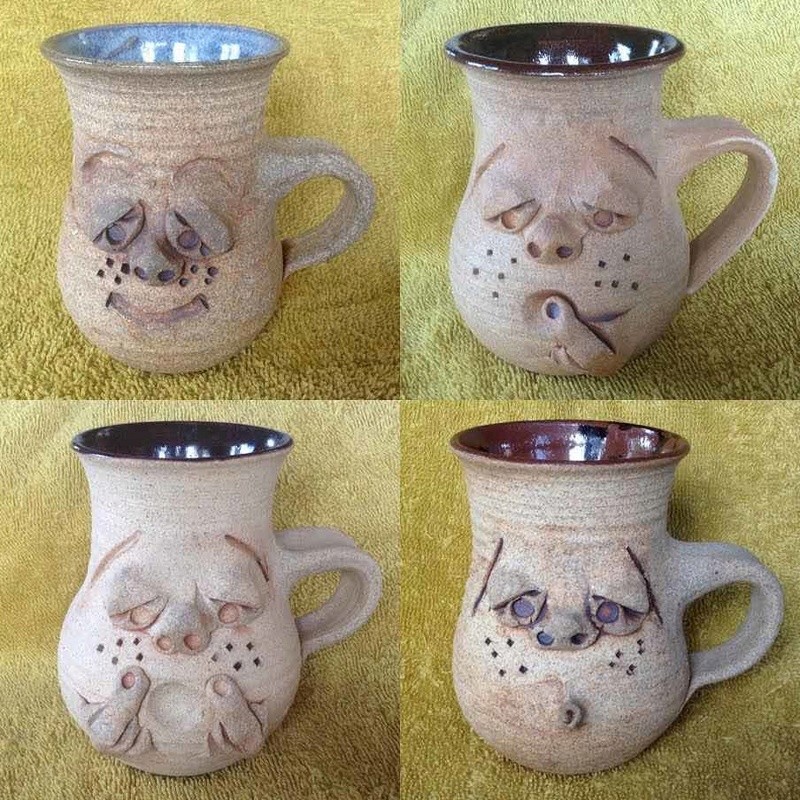 Handles differ a bit with my Andy the most different from the rest. The handle on the Aussie mug  shown in the listing is quite different.

And here is one I picked up: 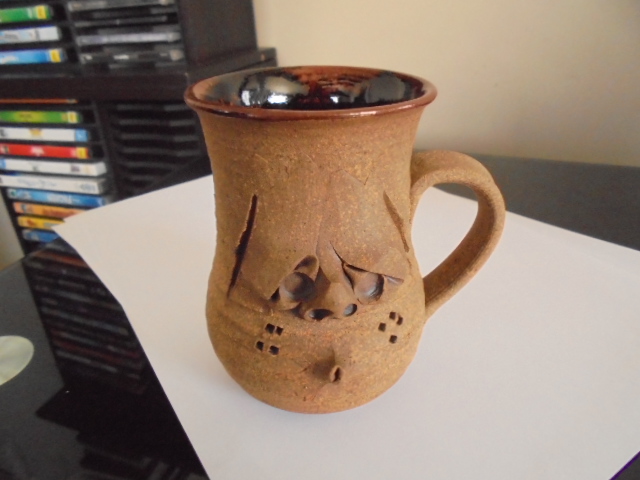 Definitely growing on me.