» Mini miniature, salesmans sample or handpotted? Is this the smallest Crown Lynn vase of all?

» The Rhodes Urban Myth has been busted !!!

» Are these crown lynn panthers? 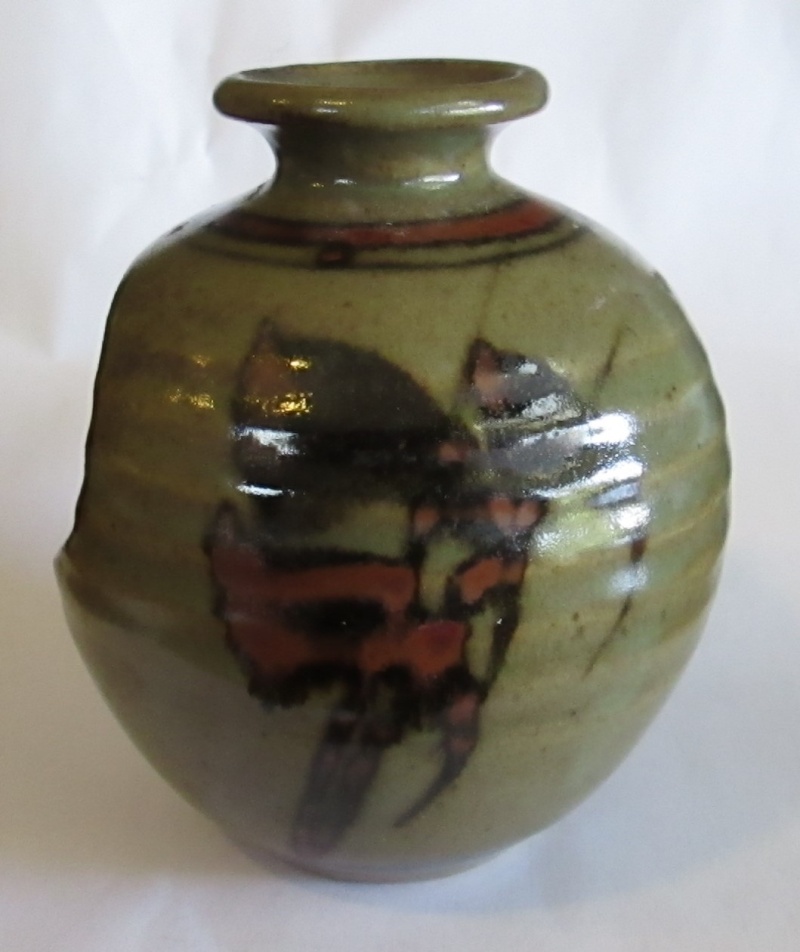 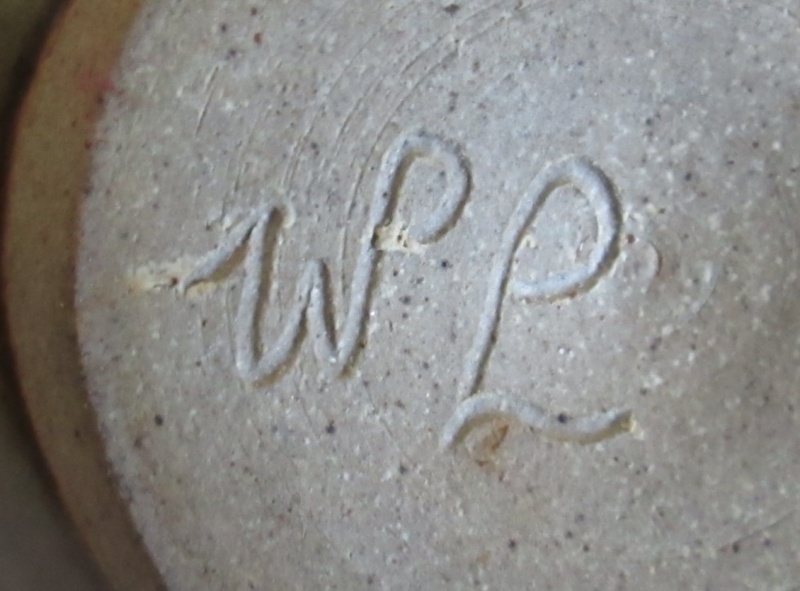 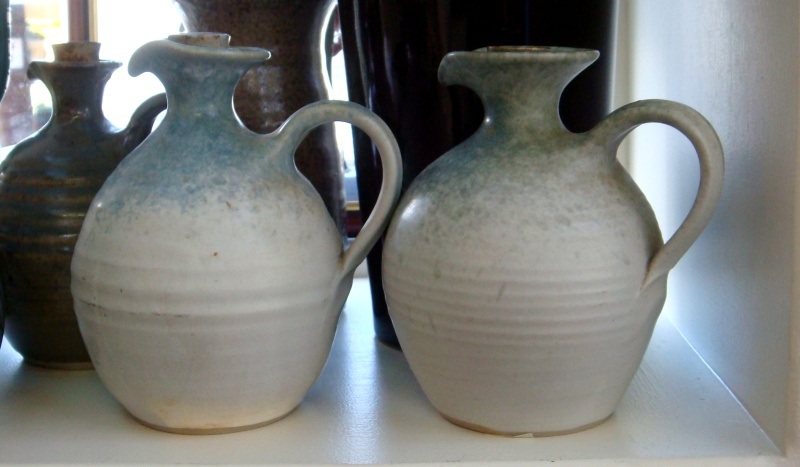 Yes, I think so, possibly all three of them.

Here is another of the J.C. W.P. pots. 250 mm tall with something like a swaggerman decoration. 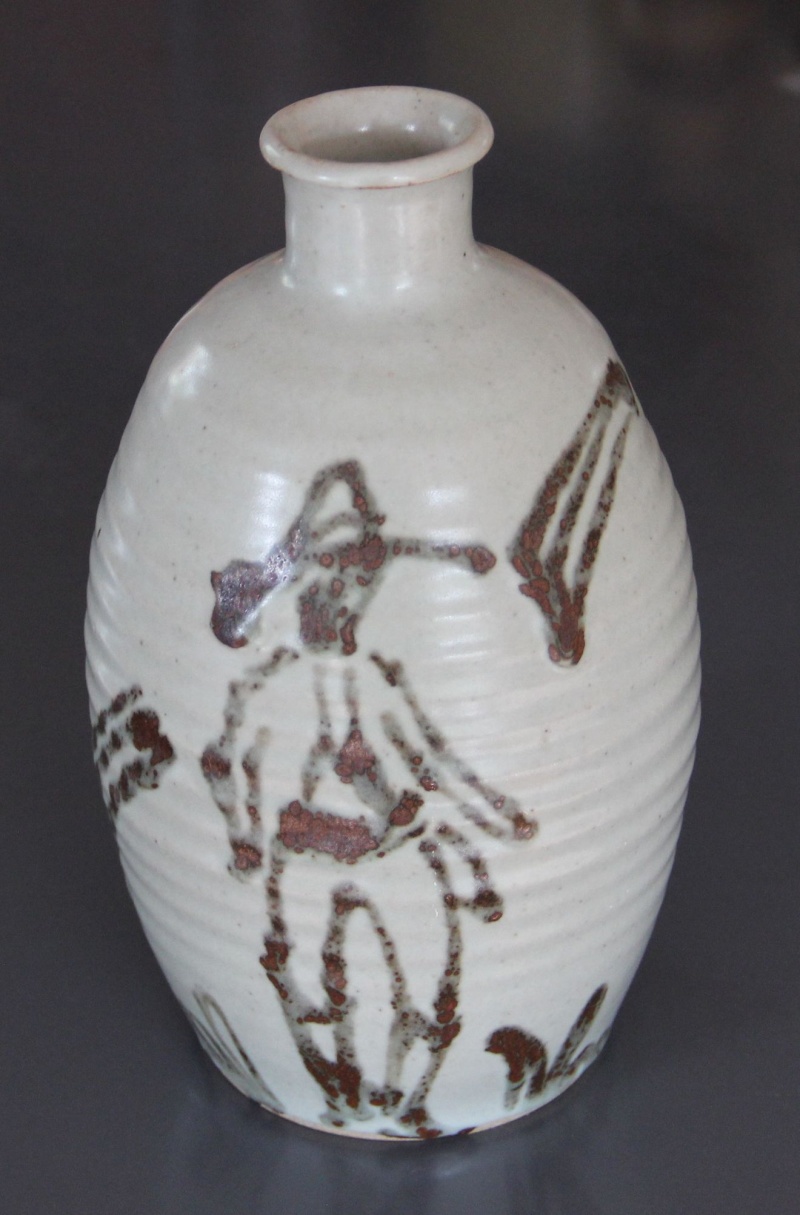 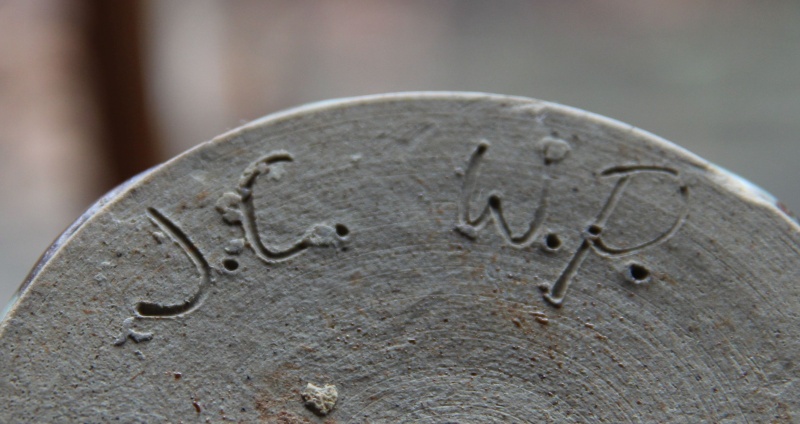 Anne,
Can we have a copy of your mug for the forum:
http://www.trademe.co.nz/pottery-glass/porcelain-pottery/other-nz-manufacturers/auction-1173240010.htm

I have seen the shape on trademe before and questioned the seller about it on a prior listing. Clearly the handle is cast or pressed but the WP mark on the base is inscribed rather than impressed or cast in so I am unsure about whether they are cast handles applied to a handthrown mug or cast in their entirety.

Apart from the Totara wines bottle earlier in this topic we have not seen castware from Waimea, only what is branded "Mapua Ware".

Yes.
But these cups are marked WP.

Anne's is dated 1991.
I know Richmond closed after being taken over by Teal but I'm not sure of the dates: these mugs may have been made after Richmond closed, thus the WP mark. Also, I think they have a different clay body.

Anne's one does look like a Richmond glaze, I think, and the Totara bottles like Mapua ware.

The deco on the mugs in the other auction reminds me of some of the Paul Laird designs.
. 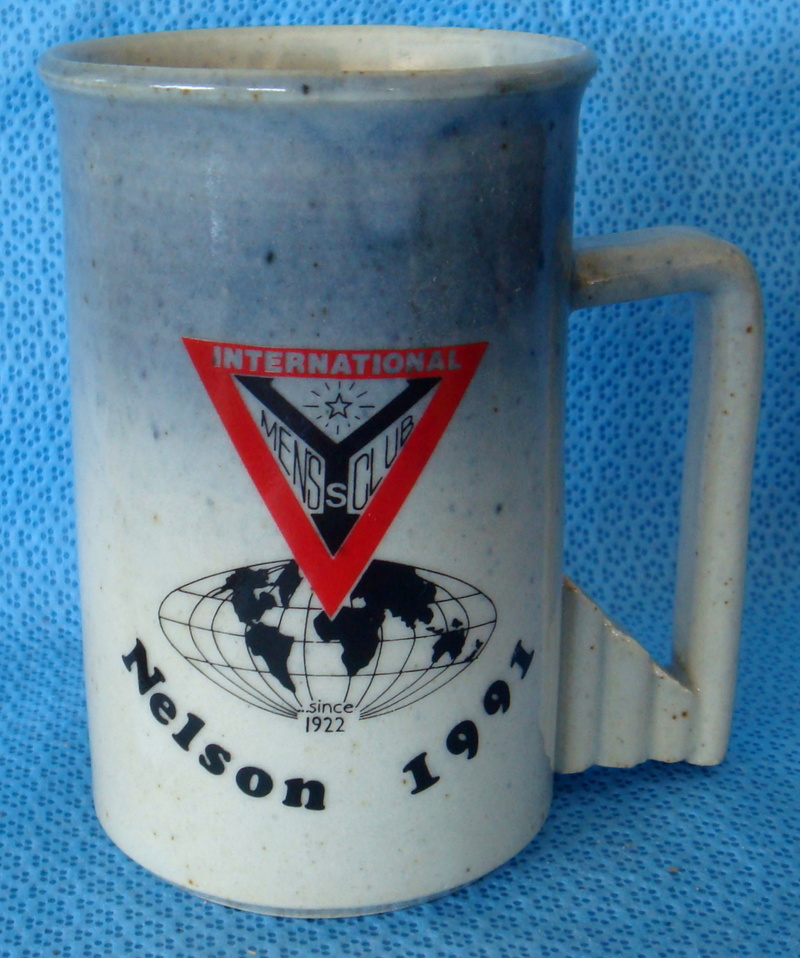 I will add this to the gallery Jeremy, I just hadn't got around to it. I believe this was made by Paul Laird, just as I believe the items in the auction that have the same handle are also made by him. Paul did a range of mugs, cups and saucers, jugs etc in this architectural design using his own mark too. They were often highlighted with a gold lame finish such as below. 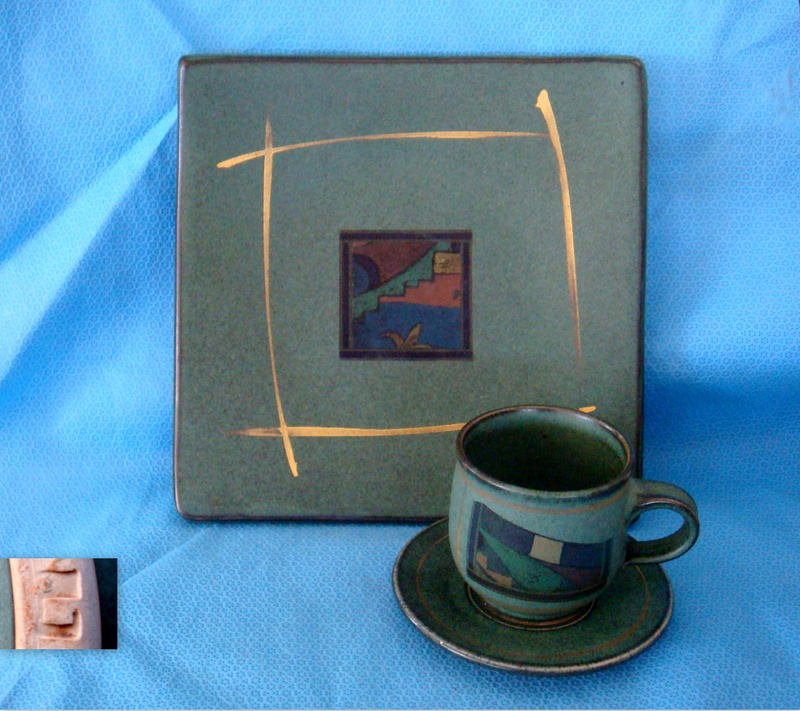 I have been trying to work out if the hand marking on the base has any relation to the potter, but not all pieces marked WP & PL had the same hand. This was confirmed yesterday, when I spoke to a collector of Waimea Pottery from Marlborough. He had worked at the Nelson Museum, and had know Jack and Peggy Laird quite well. They told him that the person who signed the bases was usually not the potter, but someone who worked further down the line at the time, sometimes the glazer, etc.
As for the fish plate, besides the Richmond and Mapua wear, there was also Mahana Ware, but it must not have been made in any great amounts, as I never see any of it around.

Amazing Paul Laird teaset
Yvette has kindly given me permission to post her images of this amazing Paul Laird set.
Permission includes all photos so if anyone wants individual pieces shown I will copy them over.

photo by Yvette, fabandev from trademe
.

That is very groovy. Do we have an indication of when it was made?

My guess before hearing that was, that as it is marked WP and appears to be castware, it would have been after Richmond Pottery was closed down, and I still haven't checked the date for that.

I can't see the Lairds having much to do with Richmond after Teal took over.
Gail Lambert/Henry may have some info about that. Keith Sandford was unclear on dates when I spoke to him.

Here is another hand-thrown Waimea Pottery item. I bought it because I love it and now I am too afraid to use it - i cook with my good old clunky Temuka casseroles which survive anything except being dropped on the floor! This casserole is about 20 cm tall and quite narrow.

PS admin - there are a couple of pics on page one of this thread which could go in the new gallery. 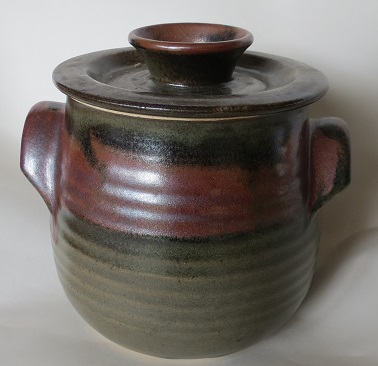 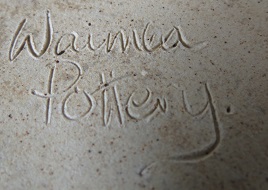 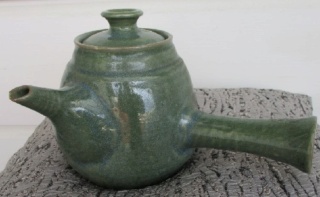 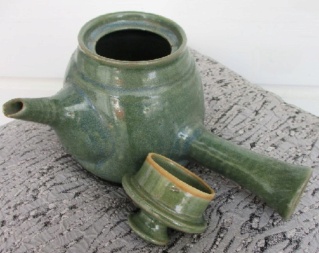 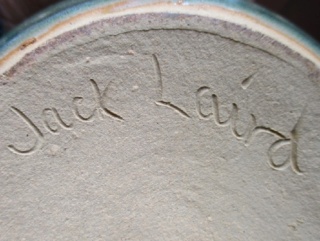