Hancocks Hotels for the gallery

Hancocks Hotels for the gallery 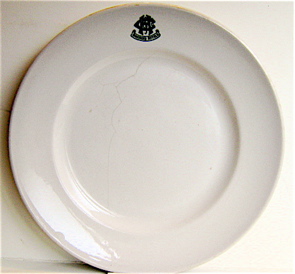 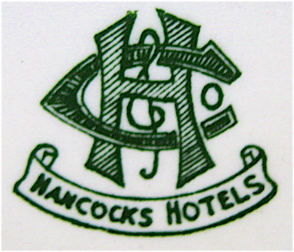 Not in great condition, there is a crack running vertically but a very interesting find as Hancocks were owned by the Davis family and were hoteliers & the brewers that eventually became Lion Breweries. The Grand Hotel that used to be in Princes Street was rated as the top hotel in New Zealand just along from the Northern Club. It was demolished about 1967.
The plate is an unusual shape and may have been used under a soup coupe as was the custom.
The back stamp is already in the gallery from Mrnarna 18 July.