Alan Ballard for the Gallery

Alan Ballard for the Gallery 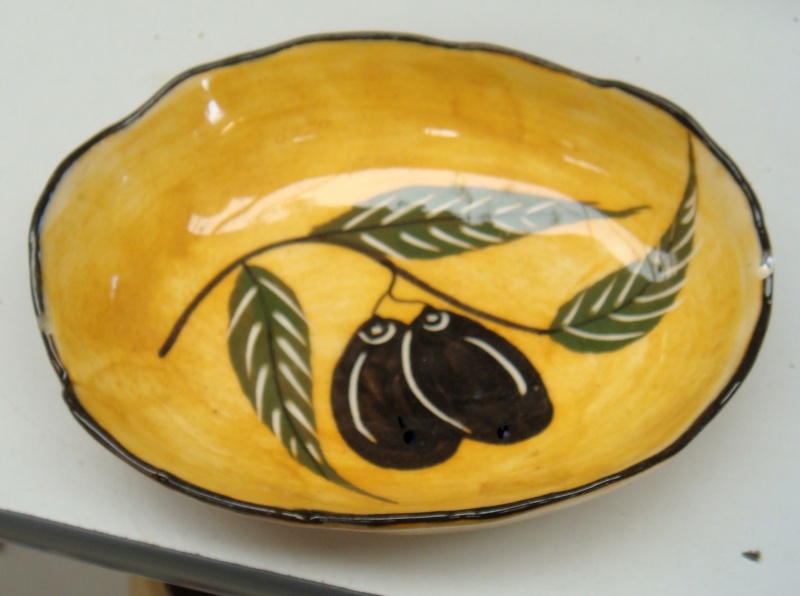 Allan is a well known potter here in Nelson, and runs pottery classes at the co-op in Hope 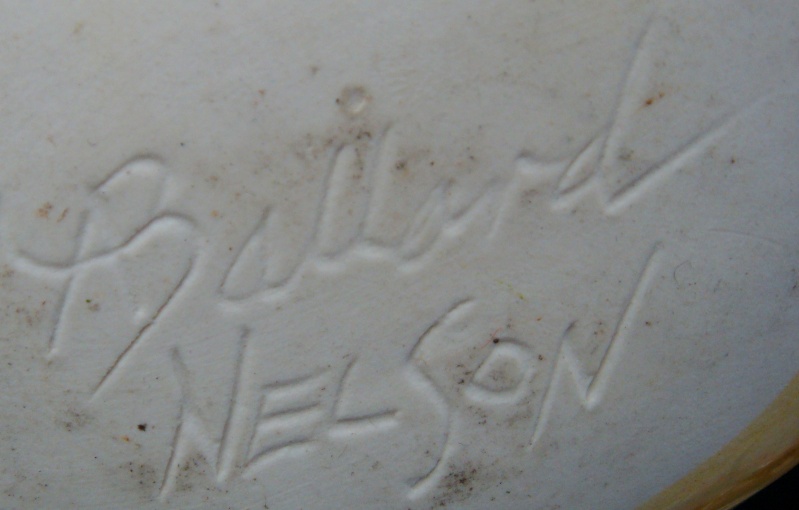 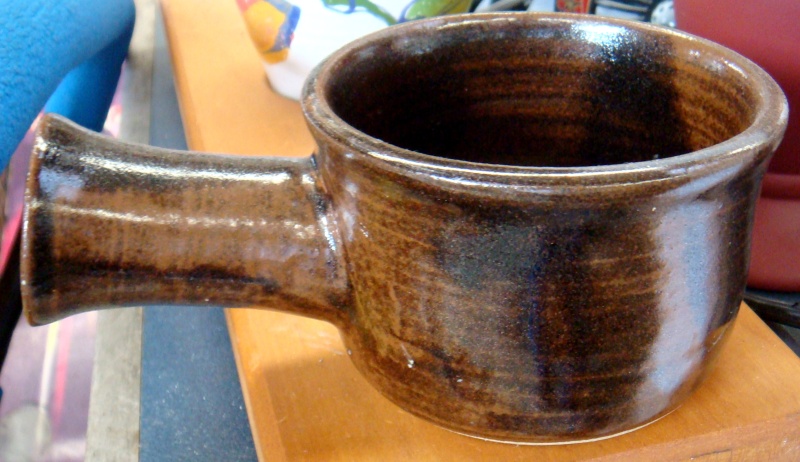 I was sure this was another Allan Ballard piece 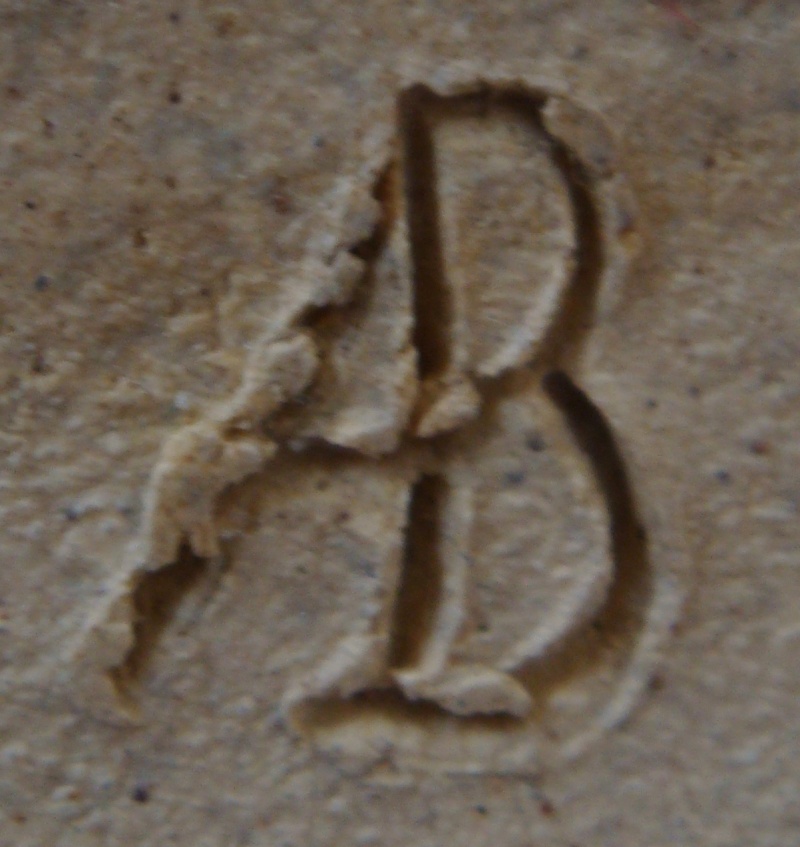 does anyone know this other AB ?

It's nearly the same but there is no surround and the letters don't quite match - see nzpotters link http://www.nzpotters.com/PottersMarks/PottersMark_Image.cfm?potterID=759 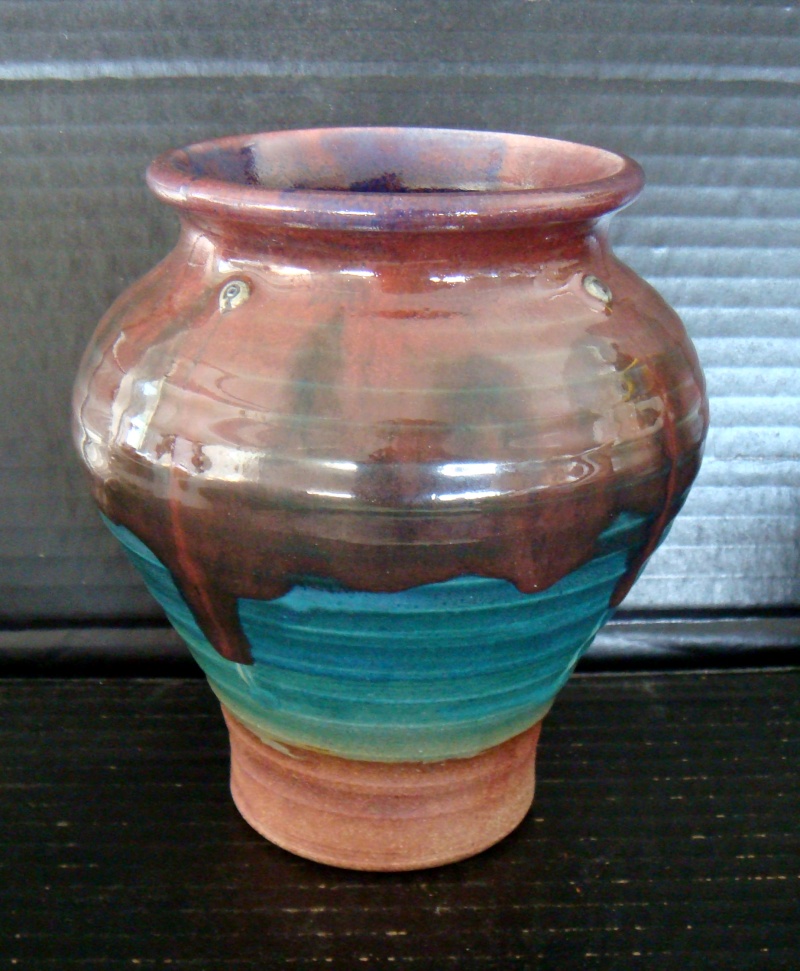 I was attracted to this the moment I saw it, and was delighted that it was made by Alan, as I admire his work immensely. I would love to meet him one day... 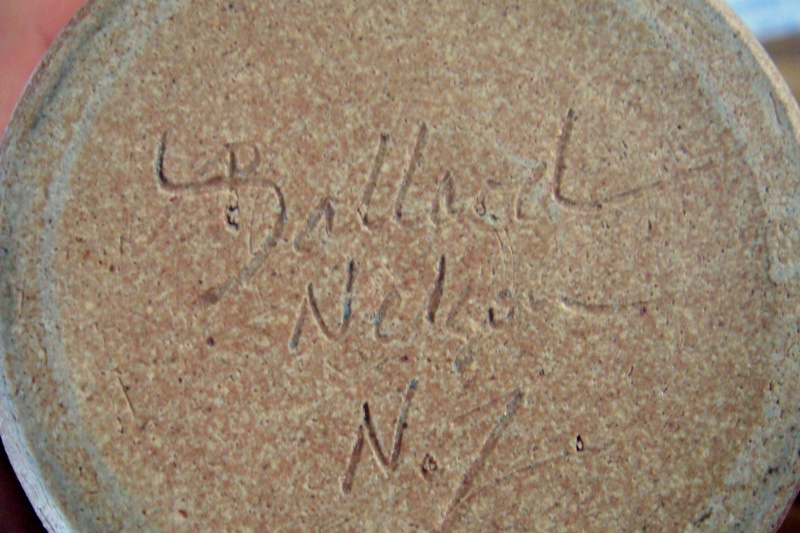 Happy Birthday to me ! 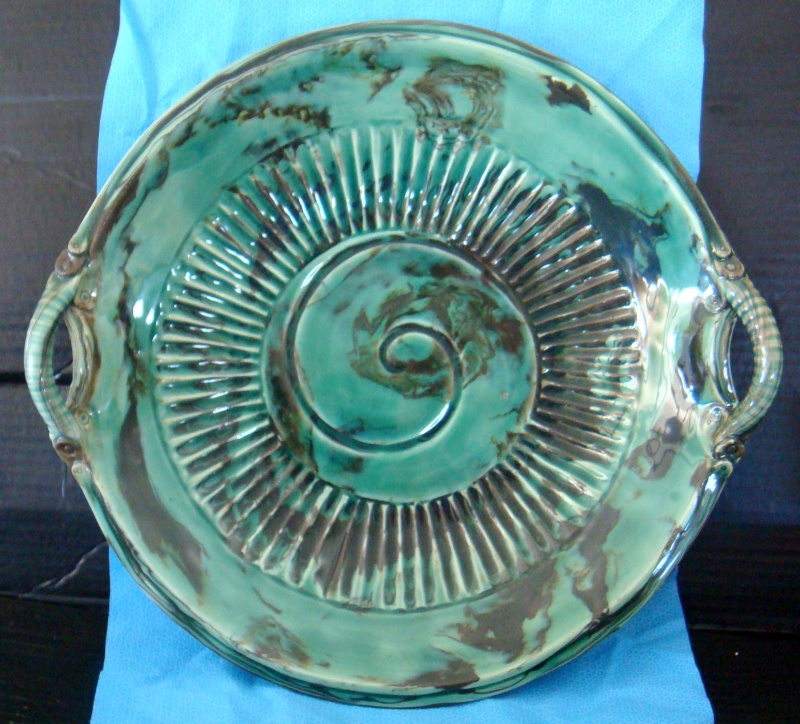 I made very delicate (but LOUD) murmurings that I really liked this charger by Allan Ballard, and hoped it would appear on my Birthday yesterday - Delighted with it too, all 16 1/2 inches diameter (excluding handles) 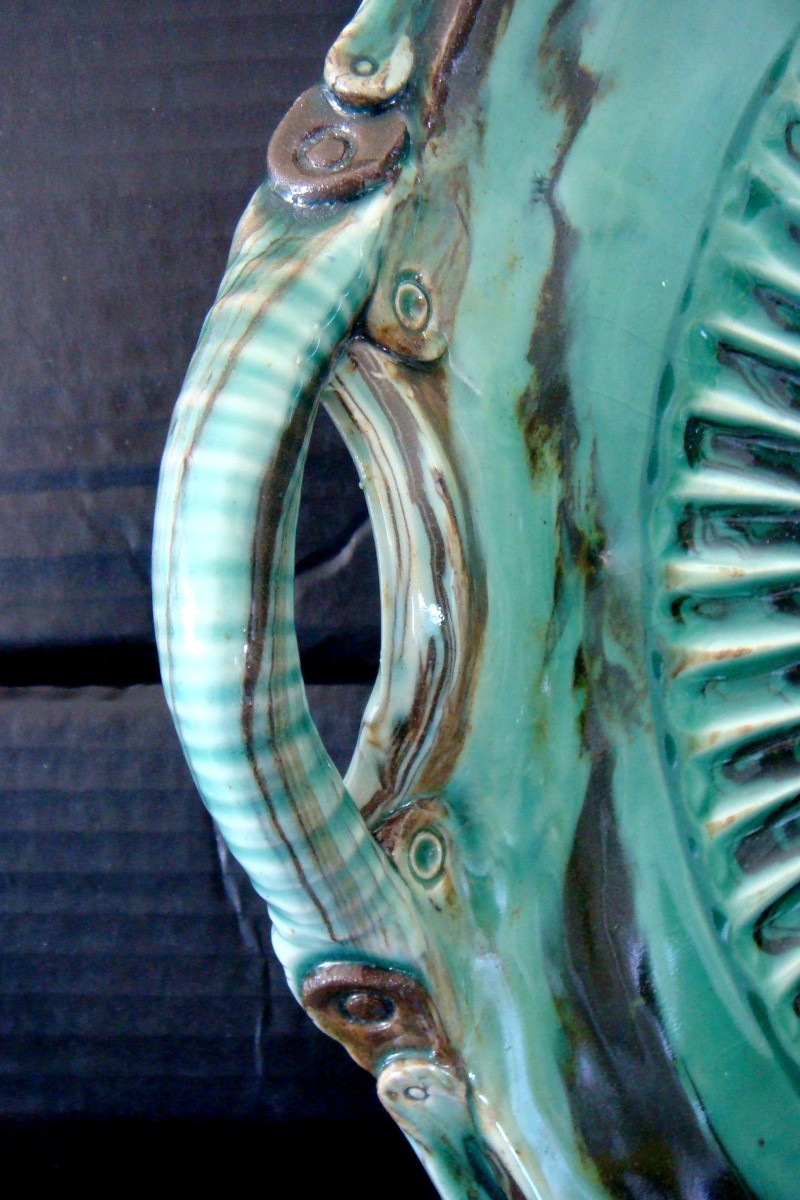 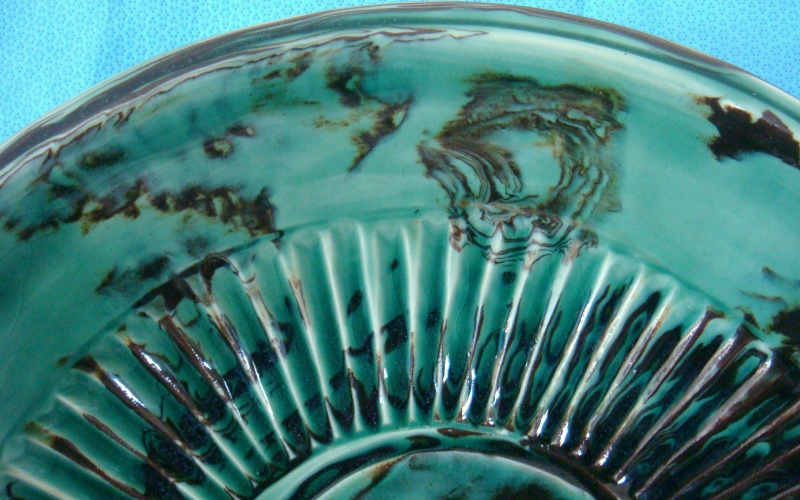 Cool patterns within the glaze, reminds me a little of paua 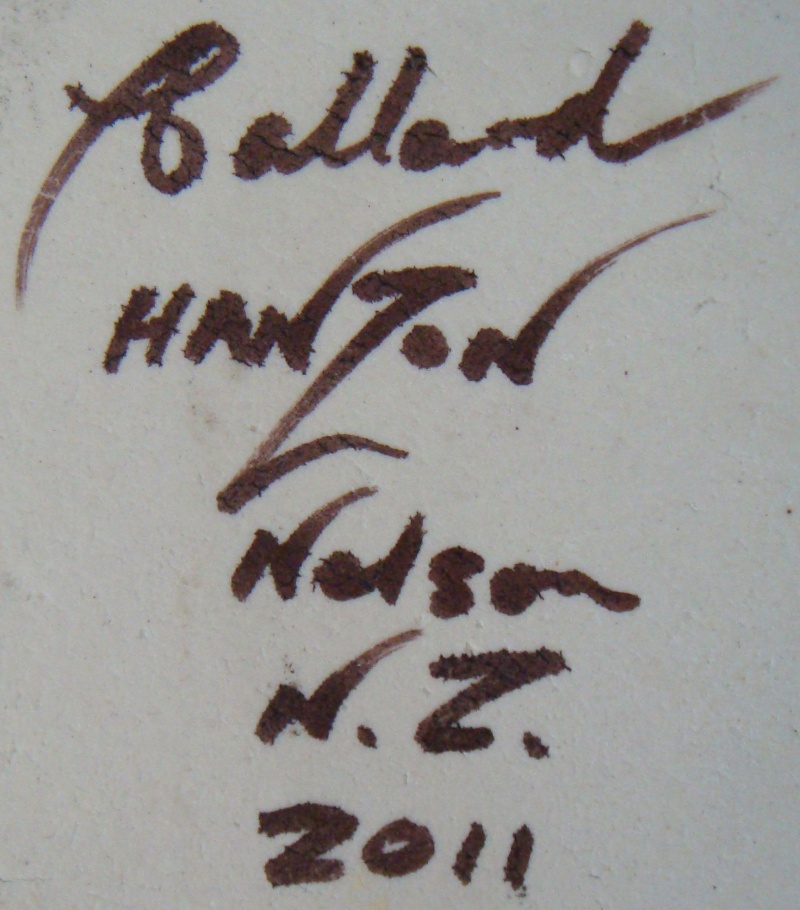 and his more recent HaNZon mark

Those handles are so dramatic!!
What a fascinating glaze ...... I can't quite work out how that was achieved ...?
Simply gorgeous

Alan Ballard courtesy of the Ferret.
Anne could you please check this mark out and share your thoughts.
The mark matches the one in the Potters Marks book. 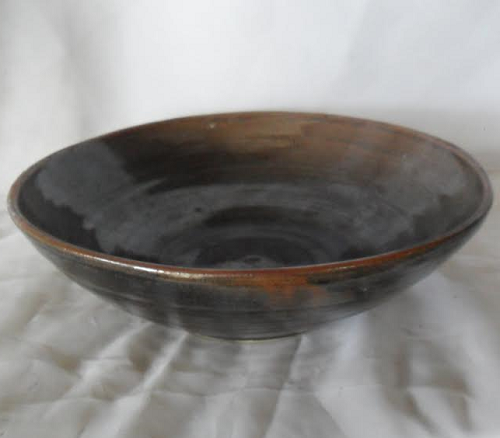 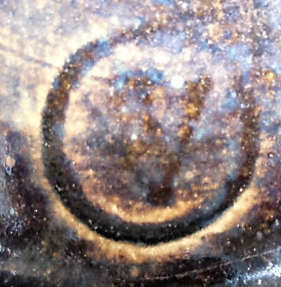 I have never seen this mark before, I have only ever seen Alan's work with hand inscribed markings, but it does match the one in the book.

I have been meaning to post these wonderful lidded jars for sometime. Alan Ballard apparently made them on and off throughout his career from the 1970s though to the 1990s. The early ones are wood-fired stoneware and the later ones are electric kilned porcelain. According to Alan, he must have made several hundred in his working life as a potter and they are almost totemic or at least emblematic of him as a potter now.

I love them because they could come from no other time period than the mid-late 20th century and are superbly well potted and realised as owls.

The rare ones to look out for are larger than the largest one shown here. We are still on the hunt for one of those.

None are marked but are 'signed all over'. Two came with cards inside from his potteries Quail Valley and the later Chrome Hills. 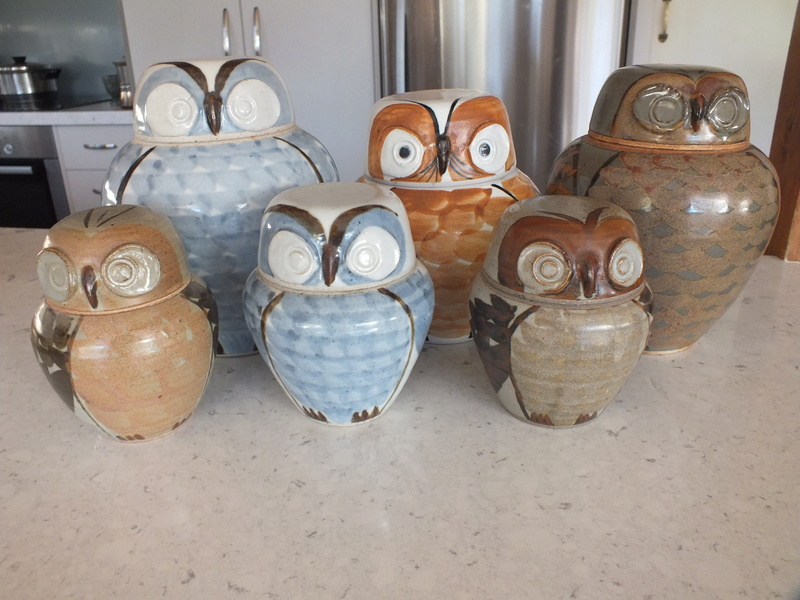 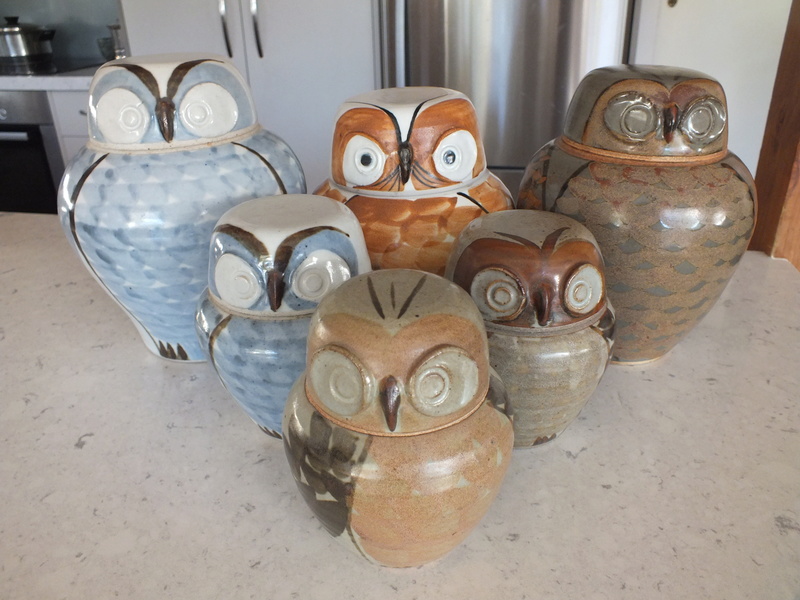 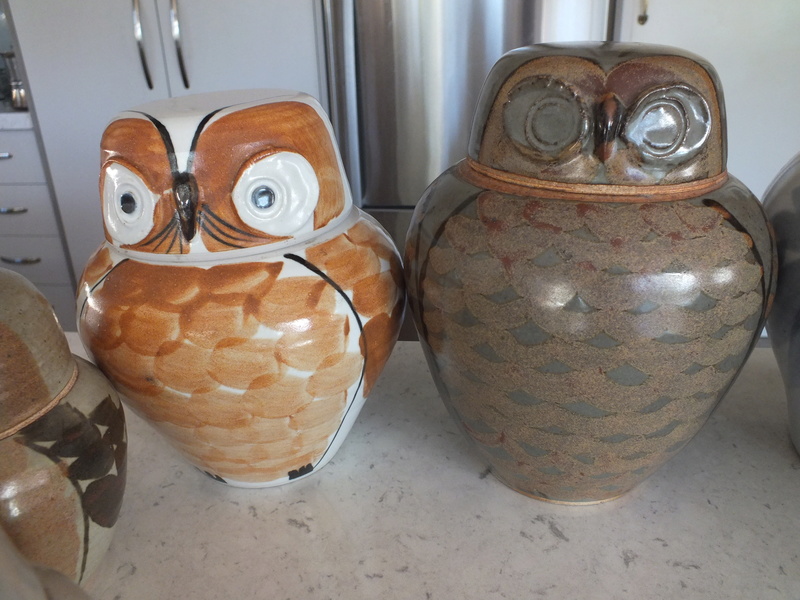 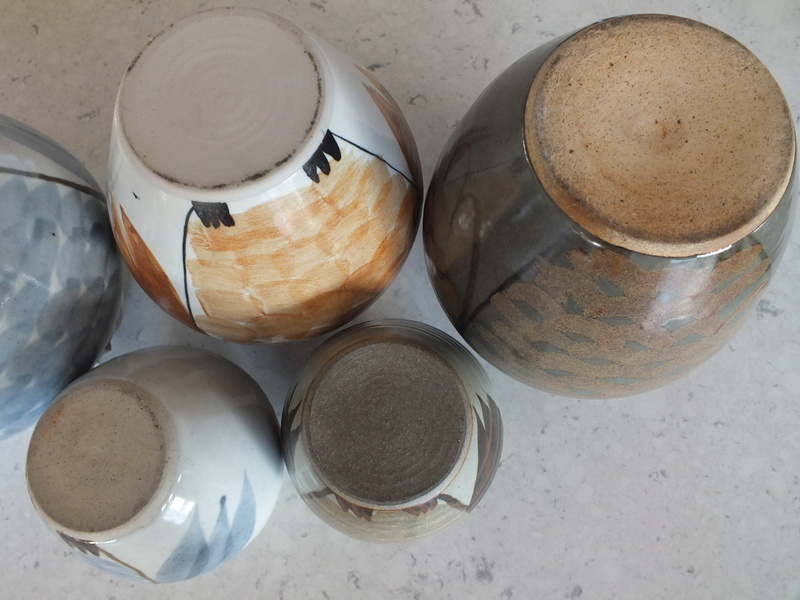 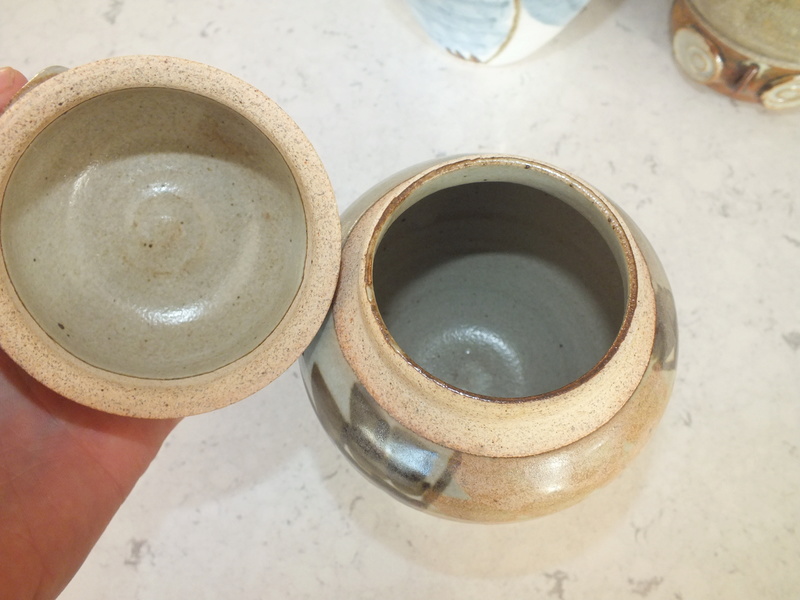 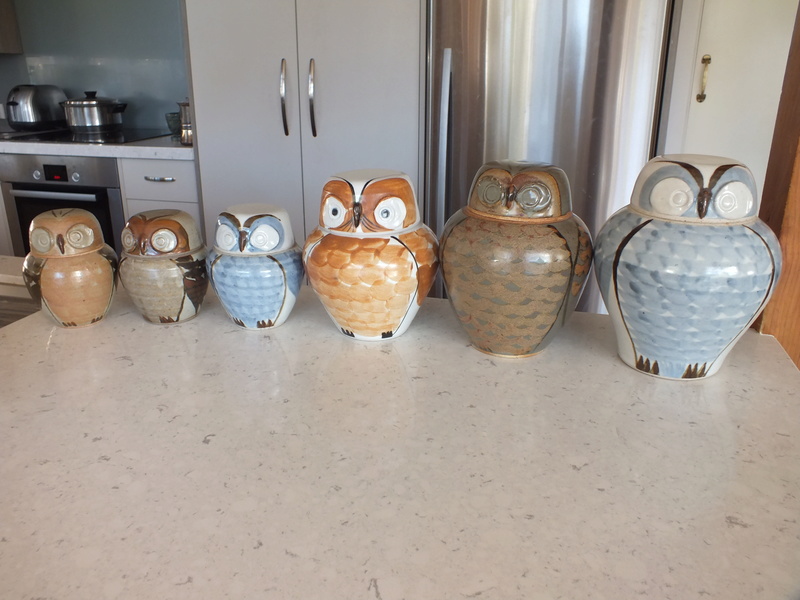 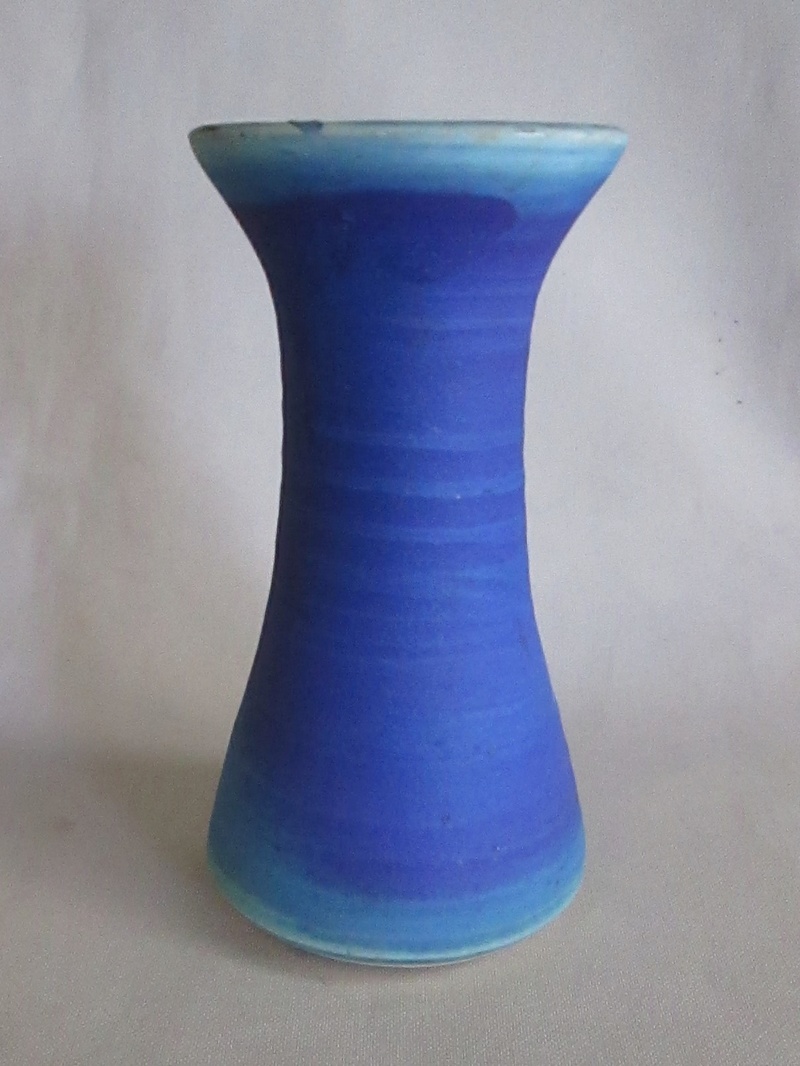 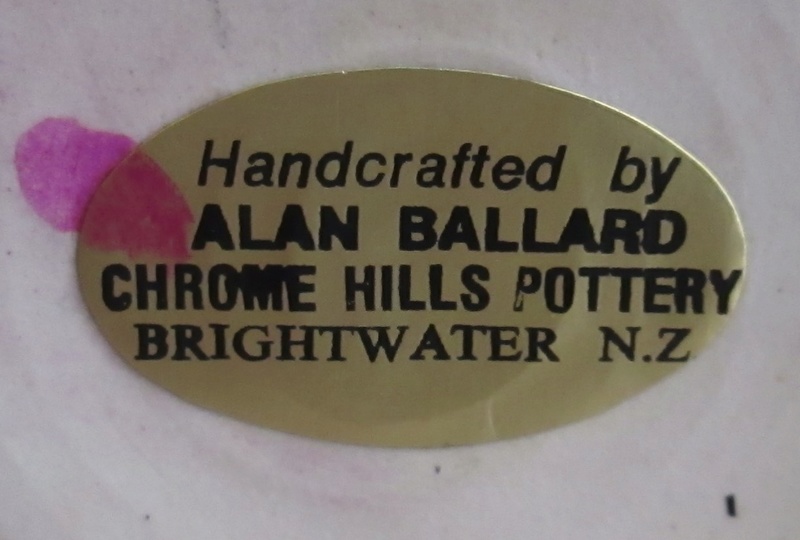 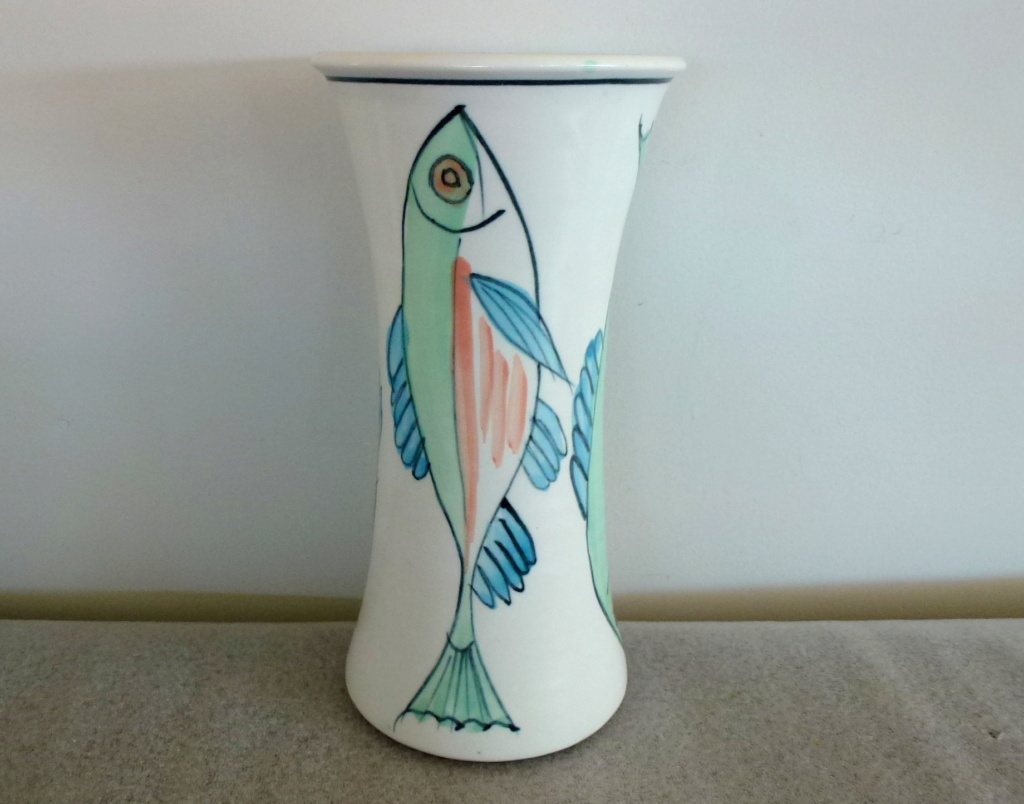 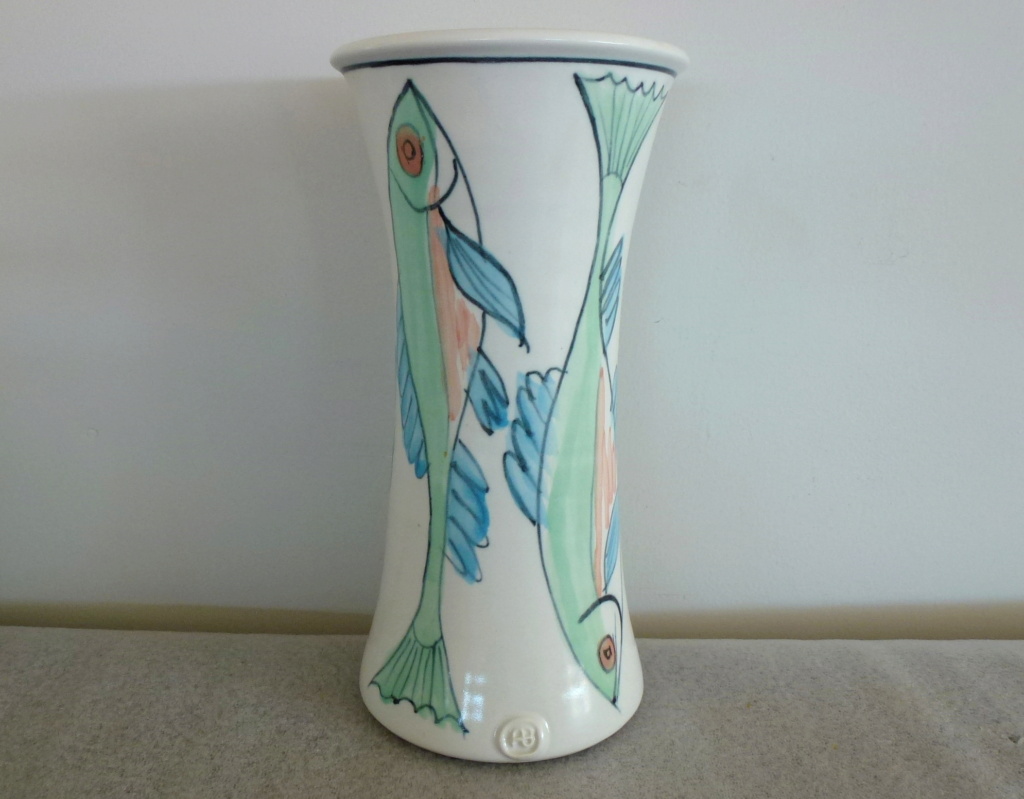 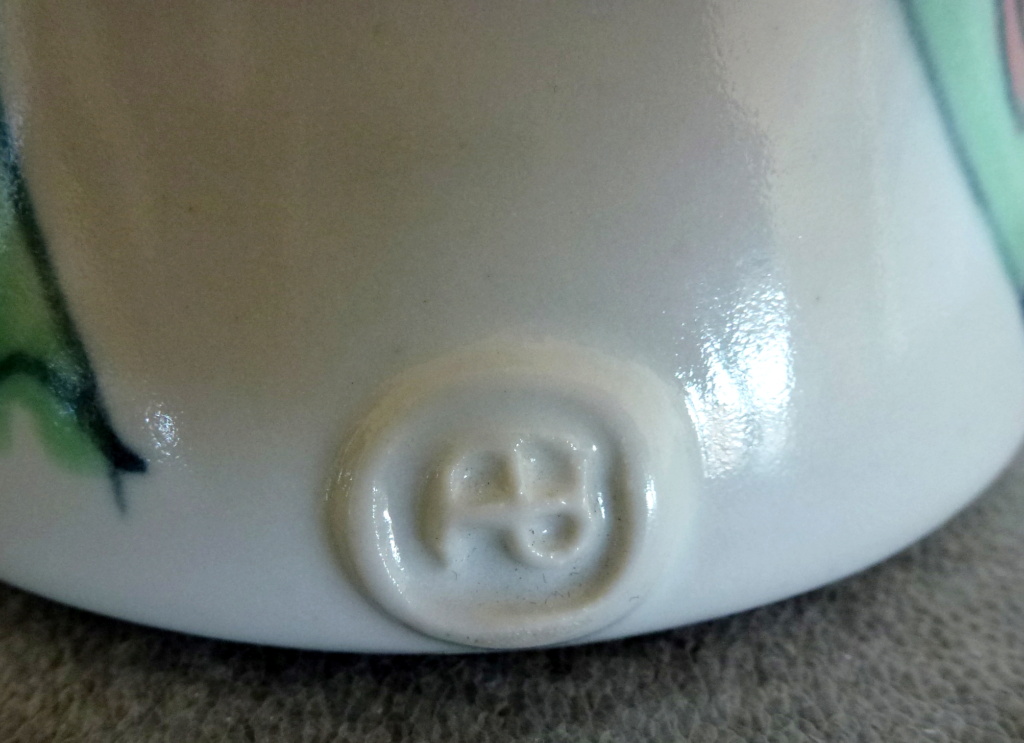 Also a new mark for the gallery. I e-mailed Allan to confirm it is his mark.