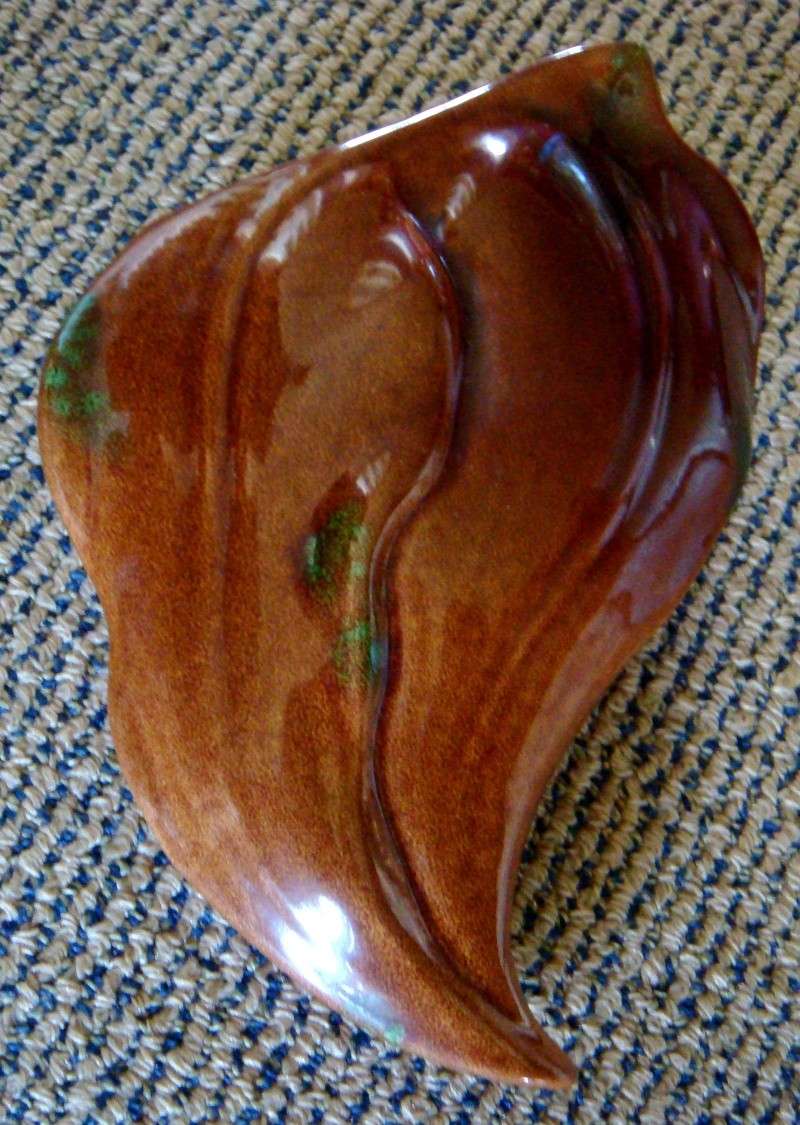 I would be interested in seeing the markings on this piece. Is it NZ made?

This wall vase of two gum leaves is a copy of a design produced originally by Australian company Bakewell Bros under their Newtone and Trent Artware labels from the late 1930's to early 1950's.

The vase was probably modeled by Jack Moss who worked for Royal Doulton before emigrating to Australia in the early 1930's.

Yes Tim, it is NZ made, by O C Stephens (Oswald Counsel Stephens) 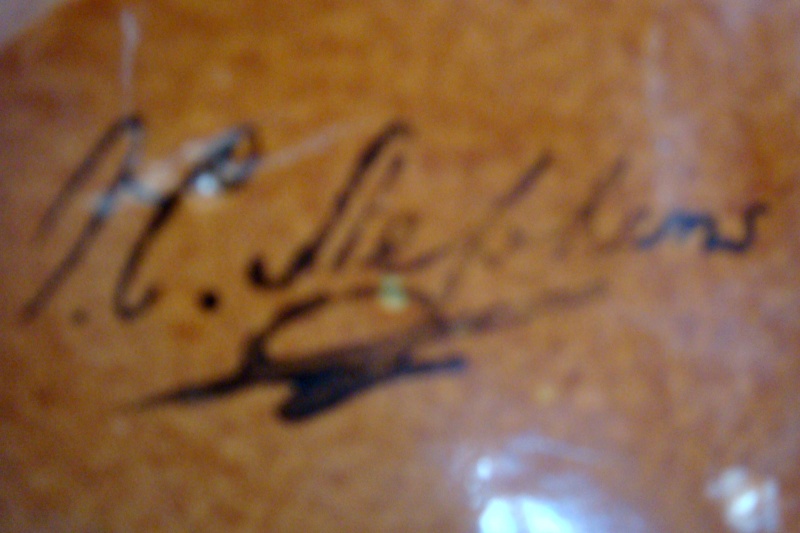 here is the back stamp. My interpretation was of two Kaka Beak flowers

This is my new addition, such a great big size. 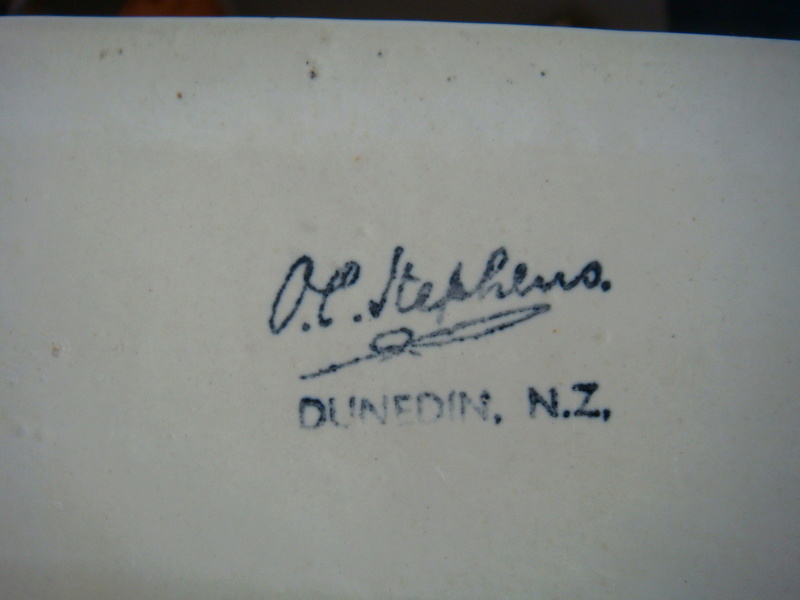