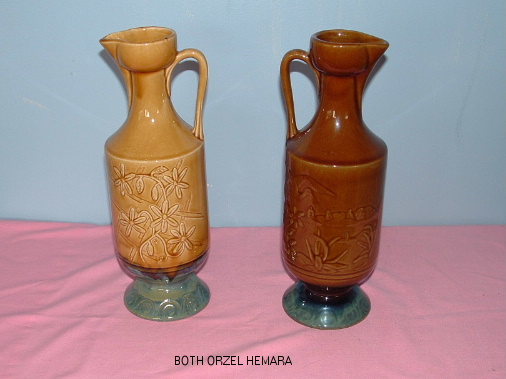 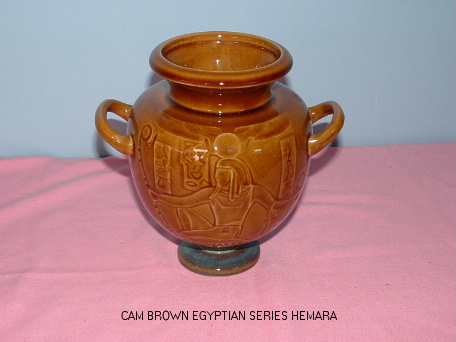 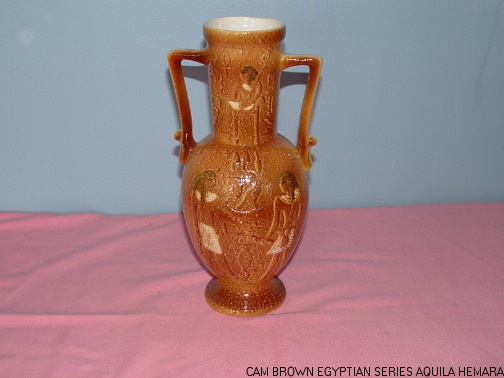 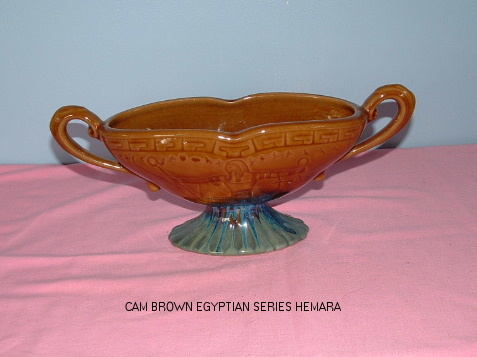 This is so strikingly beautiful - thank you haselnuss 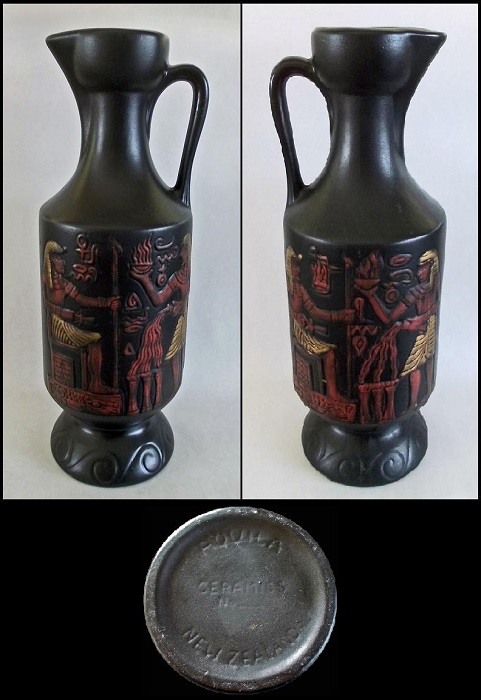 I have two of the two handled Egyptian vases (not the tall one). One is very thick and the dark green glaze almost seems to have been spilt on to the lower part of it rather than applied. I bought it for $5 thinking that perhaps someone had made a copy. The other is what I would expect and was $30 or $35. There is one currently advertised on TM that is white on the inside, all the others I have seen pictures of are the same colour inside and out.

This picture is the one on TM. I will post my 'ugly duckling' later as I am at work

Ev edits to remove pic and waits for the ugly duckling to arrive.....

Actually the more I look at the last of the pictures in 'John's Egyptian Series' the more it looks like the 'ugly duckling' - don't get me wrong, I still like it but prefer the other one.

I also have one of the upright tall two handled vases - a generous and much appreciated gift from another member. It looks different again and is my favourite of all the varied finishes.

I will add the pictures asap so this all makes more sense.
Pictures: The vase on the left is always the 'ugly duckling' whether a single vase in the photo or both vases. 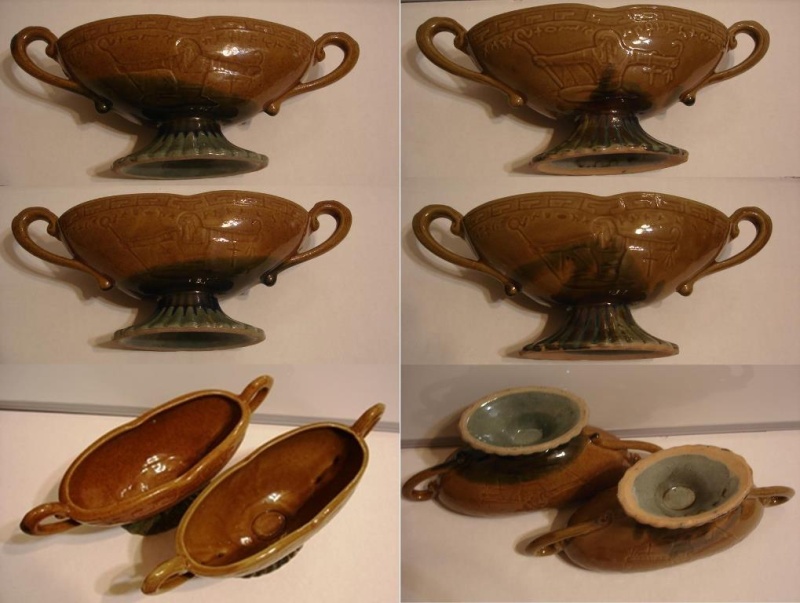 The most noticable difference in the above is the weight 740gm against 510gm.

Here is the tall vase. 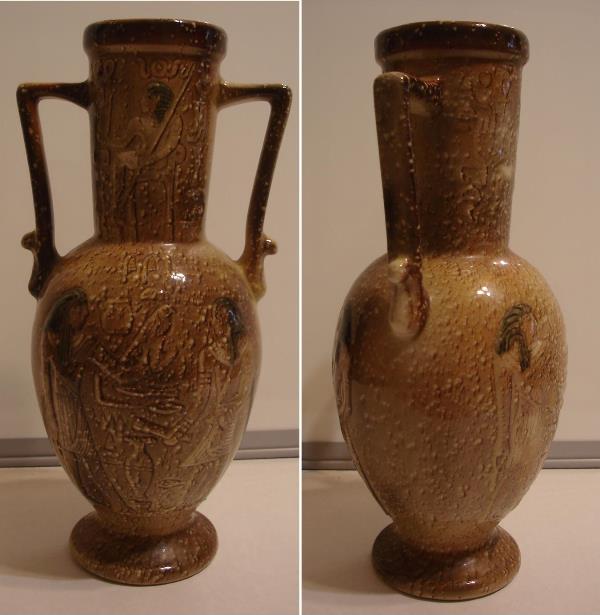 Lastly here are a pair of vases bought at an Opshop. I really like the glaze which is slightly textured and wondered if it was familiar to anyone. There is what could be some sort of mark under each one (not the same) but I just couldn't get a decent image of either. Of course they may not even be NZ pottery. 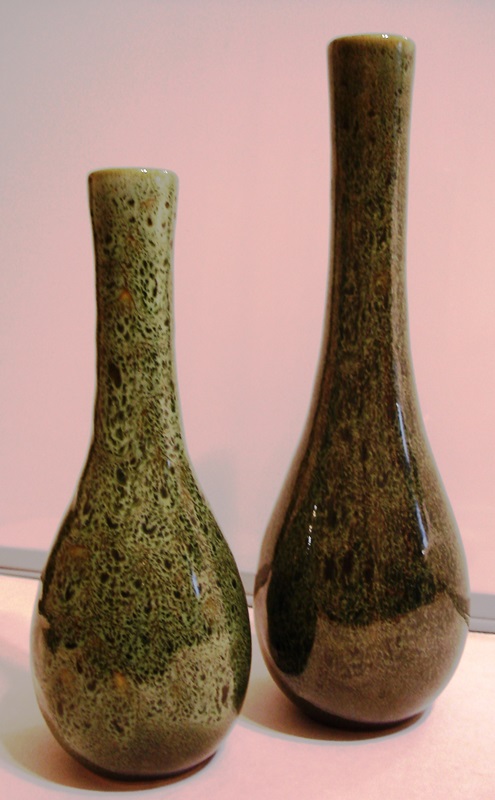