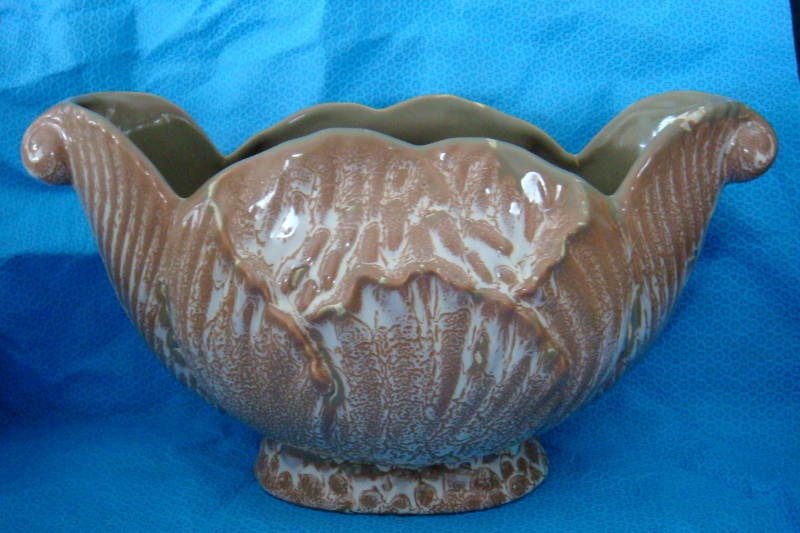 I can't figure out which colour was used first on this one, as the inside is a muddy green, but it also shows in places on the ourside. I have only seen this glaze before on the smaller fraction marked vases, and I also have a #44 in this colouring, but without the green. 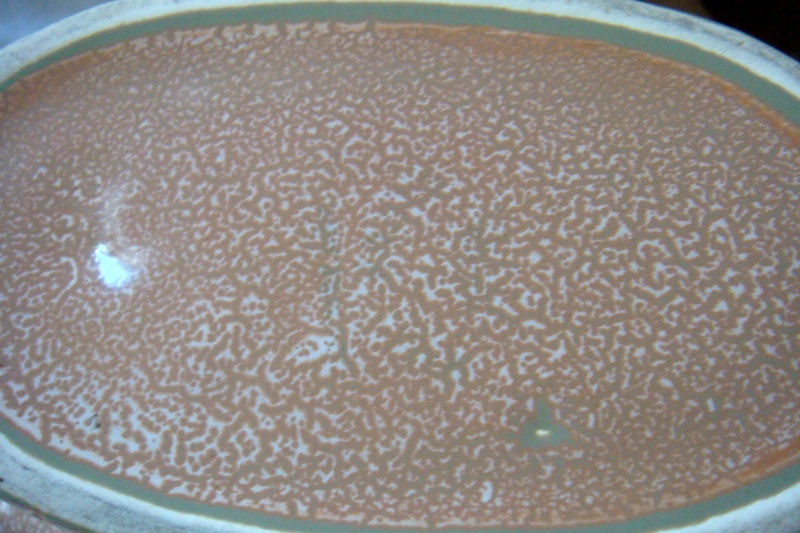 No sign of a stamp, but I can see a green shadow under all that thick glaze, which looks like it could be the crown and New Zealand, right in the middle. The number is 99% there, with just a little glaze on the top of the 5. This must have been an experimental or second, as there are misses all over the vase, where it only shows cream. They look like chips, but are not.