CL 1216 is a copy of FireKing "Kimberly Diamond"

Val has shown us in her blog (I think) how Crown Lynn's Cook & Serve "Mogambo" design can also be seen on a Pyrex (?) container, "Blue Sapphire" has been seen on English tiles, and Rorstrand's Marianne Westman's "Tango" design has been used on Cook & Serve tableware and bakeware.

And now for an instant transformation from glass to ceramic (or vice versa), have a look at this picture of one of my favourite Titianware/Crown Lynn four digit mugs, the 1216 ... 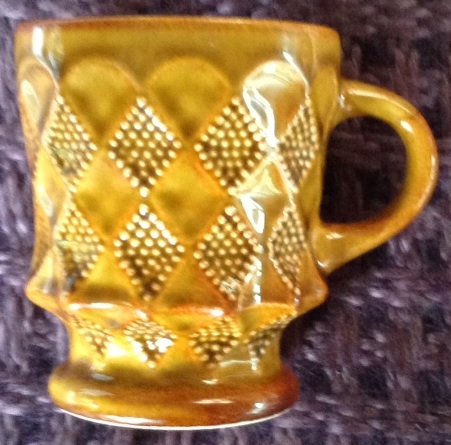 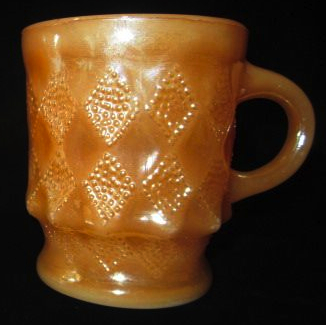 Photo courtesy of Chrissy, magpie007, on trademe.
(sorry they didn't turn out the same size)

If you want to buy a pair of these visit the auction at http://www.trademe.co.nz/antiques-collectables/art-deco-retro/kitchenware/photos/a-661701160/p-267613089.htm 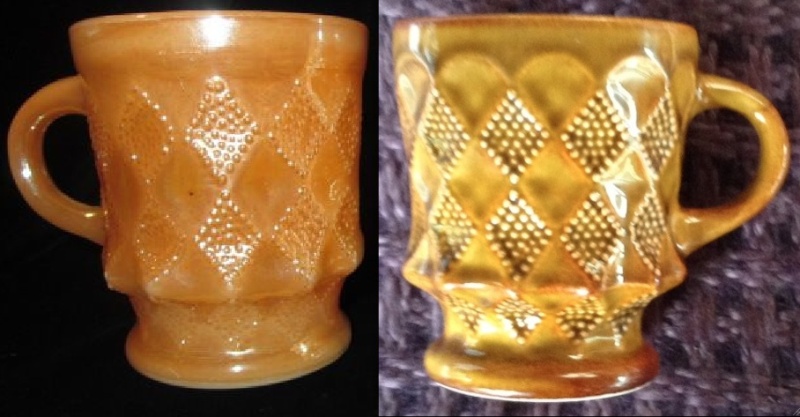 When you sit them side by side, the Crown Lynn is a better formed shape, has eyebrows between the top diamonds that the Fire King doesn't have, so, arguing with myself, I don't know who's copying, or whether they are both copied from a completely different original. 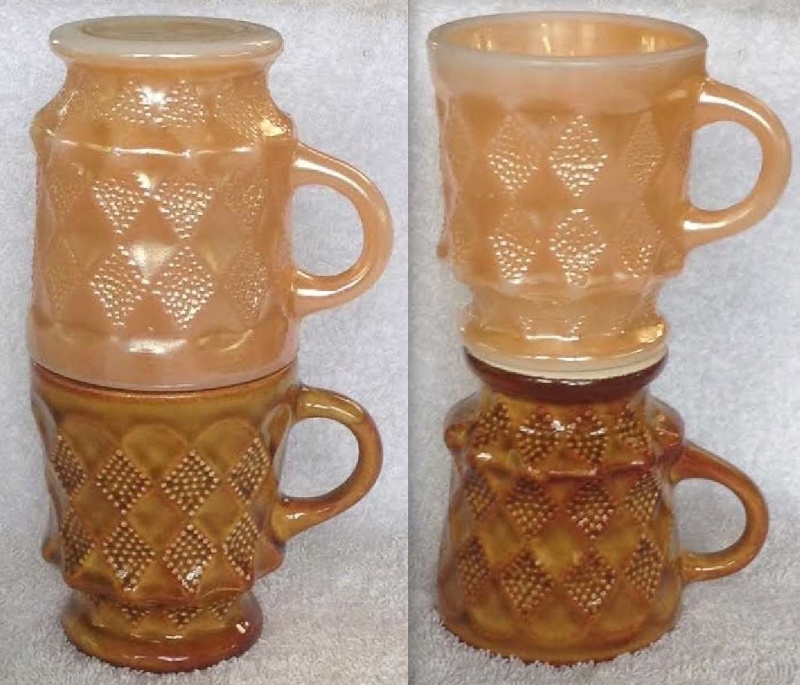 But it says a lot that they made a copy out of clay doesn't it .....!
Great spotting Jeremy.